Into the Darkness Review: Danish WWII Drama Compellingly Draws Parallels to the Rise of Modern Fascism 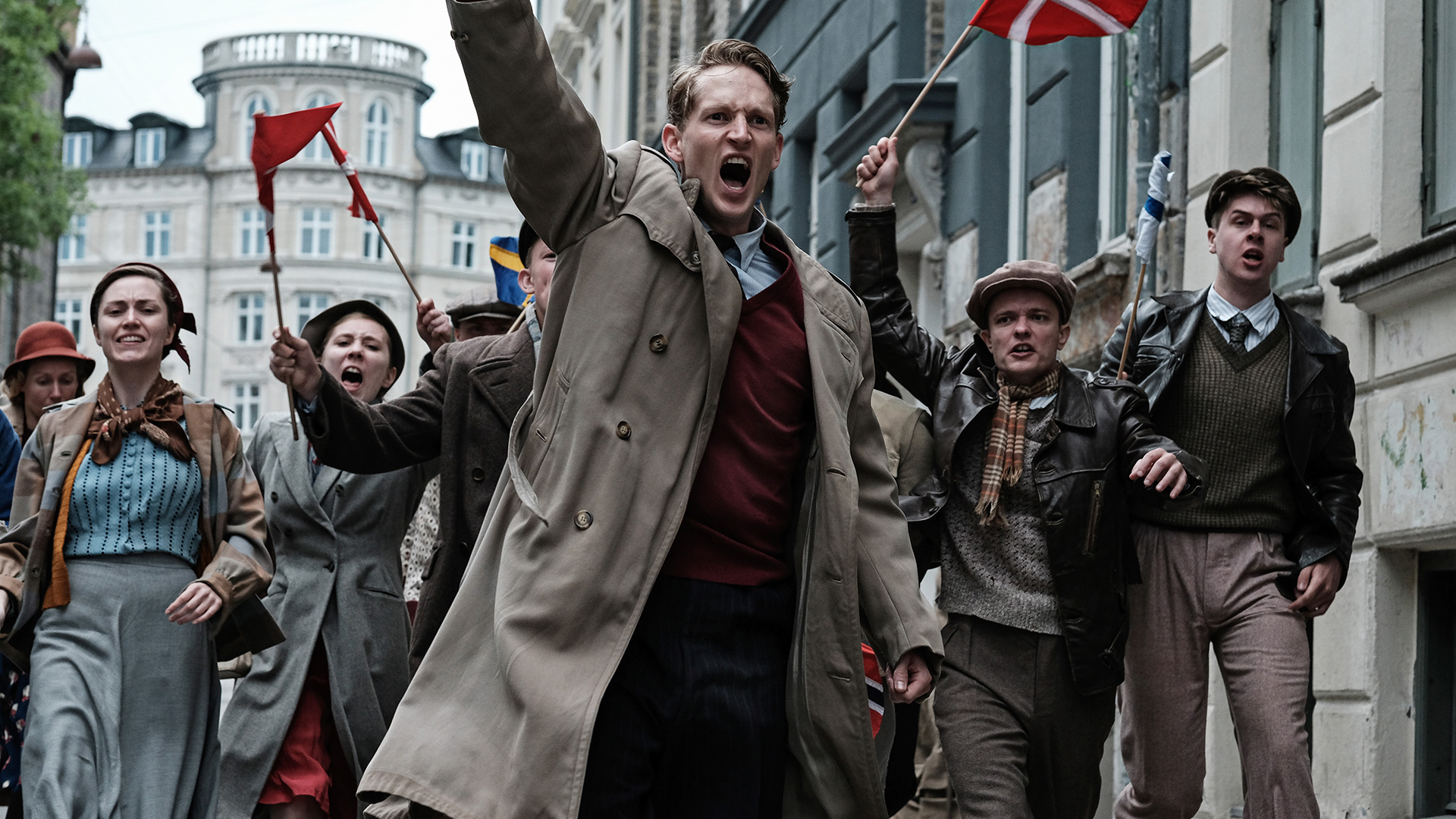 The irony of neutrality is that you must have a formidable army to sustain it. Talk about privilege and naiveté as the aristocracy looks aghast when a foe such as Adolf Hitler comes knocking because they thought they were safe. The people attending Karl Skov’s (Jesper Christensen) anniversary party are actually incredulous when German planes drop leaflets onto their heads. They wonder how their king could just surrender as though they ever stood a chance once Hitler began moving west and they kid themselves that the war will end soon enough so things can get back to normal. To them, the Nazis are here biding time. They’ll leave once “peace” is made. That’s what happens when evil is considered mere rumor circa 1941.

Karl and his family are lying to themselves like so many others who’ve yet to fully grasp the horrors of this regime. Worse still, they’re of a certain socio-economic, racial, and religious status that affords them the opportunity to never have to grasp it at all. Director Anders Refn and co-writer Flemming Quist Møller (from an idea by Refn and Sigvard Olsson) ensure we understand this truth by surrounding Karl with friends only too happy to enrich their portfolios with and profiteer from an influx of German wealth. They’re desperate to get him to join them too. Stop with all that morality nonsense and accept that the new world order consists of an economy running through the Third Reich. Let the perks of obedience wash away the guilt.

The title De forbandede år [Into the Darkness] isn’t therefore solely about Hitler’s shadow absorbing Denmark into its empire. It’s about the insidiousness of white supremacy consuming those who believed themselves immune days earlier. Hearing Karl tell a Jewish friend of his wife (Bodil Jørgensen’s Eva) that she and her husband have nothing to worry about after he calls his police captain friend because “Danes don’t ascribe to genocide” would make you laugh if you didn’t know the inevitable result because that level of hubristic certainty while under occupation can only come from those who’ve never had to fathom not getting their way. It doesn’t matter that Karl came from nothing or that he has his employees’ interests at heart. In the end, his family comes first.

What makes this film so compelling—and relatable for anyone living through the current rise of Fascism in America’s own faltering democracy—is that Karl is a moral man when removed from the choices he tells himself that he’s being forced to make. Before the start of World War II, he was a just man running a manufacturing plant that did put its workers first and raising a family that understood what that meant. He stood for integrity so strongly that Eva was willing to trust him with her friend’s life and Bolshevik sympathizers (like their maid’s son Svend, as played by Cyron Melville) saw his home as a safe haven where “a man was more important than his politics.” It’s a house destined to become irreparably divided.

That’s what happens when neutrality buckles under the weight of its idealism. What will it take for Karl’s principles to dissolve under the cover of “the king says Danes should work with Germany” as though such a statement wasn’t bought by bribes or threats? How about his war hero son Michael (Gustav Dyekjær Giese) transforming from a man refusing to be in the same room as a Nazi to one who joins the “anti-communist” front as though that doesn’t mean pinning a swastika on his lapel? His son Aksel (Mads Reuther) getting off the fence to join a Bolshevik resistance movement willing to spill blood? His young daughter Helene (Sara Viktoria Bjerregaard) ignoring the war altogether when handsome U-boat Captain Willi Lismal (Roman Schomburg) kisses her? Not much.

Refn (longtime editor father of Nicolas Winding Refn, who hasn’t directed since 1999) may not be creating a film about the Nazi propaganda machine, but that’s exactly what is tearing the Skov family apart. As long as their cruelty back in Germany remains hearsay, Helene can be spared having to think about whether or not Willi is a monster. As long as tales of Soviet beasts murdering innocent children and striving to destroy civilization (because capitalism to a capitalist is civilization), good men like Michael will slide down the slippery slope of fighting a “common enemy” long enough to lose himself. We need Karl’s other sons (Lue Dittmann Støvelbæk’s Knud and Sylvester Byder’s Valdemar) to simply live life as a palette cleanser to what’s an abject nightmare otherwise.

Despite that need, however, they are but two more characters in a sprawling epic that could never hope to do them all justice even at two-and-a-half hours. Refn and Møller acknowledge this fact enough to realize that the material is better served as snapshots rather than one cohesive narrative with a three-act structure. Instead of caring about where this family ends up when the dust settles, Into the Darkness seeks to highlight the complexities inherent to breathing that dust in without reprieve. Some characters find a satisfying conclusion (albeit often of the tragic variety) while others are just beginning their journeys once the screen fades to black. Whether they succeed or fail in their choices is thus secondary to the circumstances that lead them to choose.

We become intrigued by the compromises made and the constant shifting of the line of decency that had seemed so permanent at the start. Our fascination lies in the intellectual somersaults Karl must twist himself through to find a utilitarian balance that allows his family to survive comfortably and those closest to him to have a shot at keeping their lives at all. That means looking the other way when Michael is consumed by the Nazis (they are in control of Denmark, so appeasing them is safe) and vehemently opposing Aksel once he’s consumed by the communists (they’re both a longtime enemy and his overlord’s main adversary). He’s weighing security above morality and justifying it with lies to sleep at night while millions are being massacred.

Some of the scene transitions can feel abrupt as a result and certain threads are more or less abandoned once their overall point is made, but these things aren’t distractions as long as you accept their purpose is to the bigger picture. That everything occurs under the umbrella of this single family might make this difficult (narrative convenience leads us to desire closure above context), but it’s worth the trouble because the message is important. This is what happened and, to a certain extent, what’s happening today with the MAGA/America First movement brainwashing people with white supremacist propaganda veiled as solidarity against a so-called “communist threat.” Those hoping to weather the storm without picking a side eventually become blind to the fact their gradual compliance chose one anyway.

Into the Darkness hits limited release and VOD on May 21.