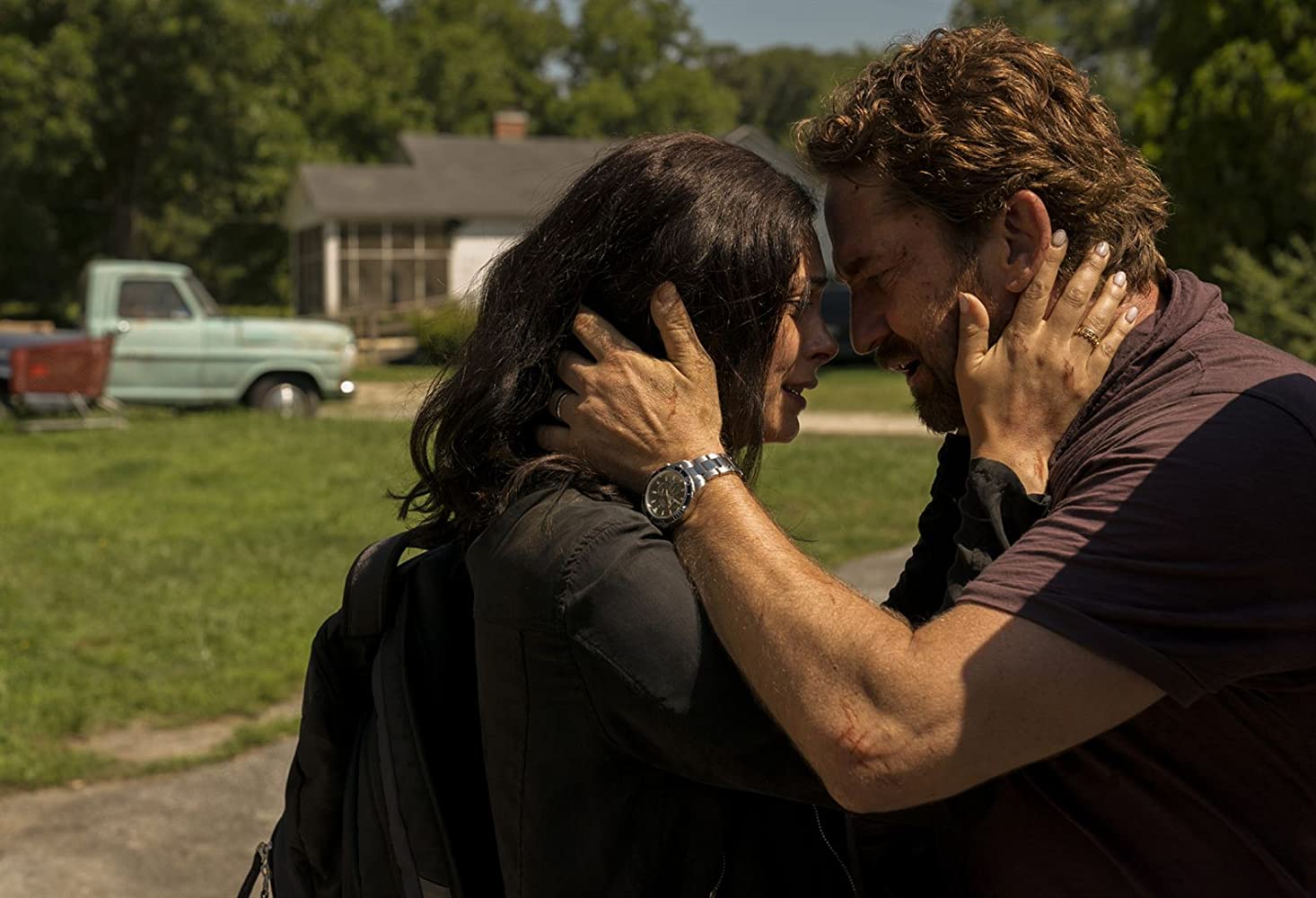 Butler plays John Garrity, a structural engineer determined to mend his fractured marriage. As he tries to make good with his wife Allison (Morena Baccarin) ahead of a neighborhood barbecue, reports of incoming debris from a nearby comet get more serious. John, unexpectedly, gets a “Presidential Alert” on his phone, informing him, his wife, and their son Nathan (Roger Dale Floyd) have been selected for government-sponsored shelter. It appears the important people know how bad this comet is going to be.

As the sky literally begins to fall, John and his family encounter every manner of humanity, from the very good to the very bad. This film is closer to 2005’s War of the Worlds than something like 2012. Ric Roman Waugh has made a solid directorial career out of injecting significant pathos to genre staples. Snitch is a socially-minded action picture. Both Felon and Shot Caller are prison dramas-cum-morality tales that elevate from their basic plot description. Even his recent Angel Has Fallen (also with Butler, of course) is eons better than its franchise predecessors.

Perhaps the most essential thing Waugh gets right is utilizing every bit of Butler in every single scene. Without question, the star’s performances in Angel Has Fallen and Greenland are two career peaks for the actor. Baccarin is ever his equal here, the duo showing off some solid chemistry together while also anchoring the picture apart in different sequences. The young Floyd does some striking work in a particularly scary middle section, as well. Any and all special effects are dispersed tactfully. And though this may be an indication of budget limitations, it’s no matter. There is a “less is more” quality to the disaster renderings. The characters are never overpowered by the CGI. There’s a scene in which Butler’s John looks up to a sky on fire, an image that’s strikingly relevant this year and all the more effective. Instead of doubling down on the impending doom aesthetics, we follow our leads as they search for safety. The great Scott Glenn leads the film’s best moment, playing Allison’s father. It’s an understated goodbye, a throwaway line, and a subtle reaction. No effects needed.

So much of this picture feels surprisingly realistic, from the science behind the comet to the reasoning of the people on screen. All involved do well not to judge the circumstances, understanding their extraordinary nature. The year 2020 has been quite unpredictable. What better way to end it then with an above-average Gerard Butler vehicle.

Greenland opens on demand on December 18.