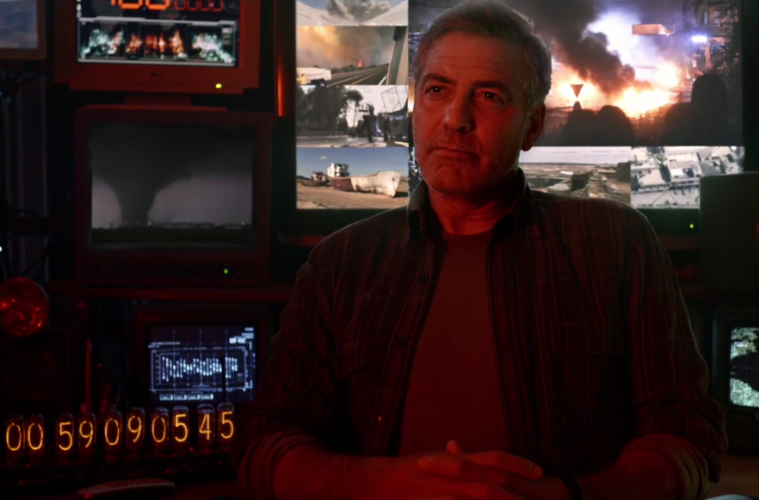 It was just yesterday when we got the first images and official details on Brad Bird’s Tomorrowland, his upcoming sci-fi adventure that is helping to kick off next summer. Today, following a debut at the New York Comic-Con panel, the first teaser trailer has landed, which is light on story, but sets up the introduction to the mysterious world found in the Disney tentpole.

With a script from Damon Lindelof, Bird, and Jeff Jensen, the story centers on Britt Robertson‘s Casey Newtown, a teenager living near Cape Canaveral who comes across a mysterious pin that reveals to her the titular place of wonder (seen below in concept art from Syd Mead). She then connects with George Clooney’s Frank Walker, a shut-in, down-and-out inventor who knows what the girl has seen in her visions, thus beginning the adventure. From Disney comes two-time Oscar® winner Brad Bird’s “Tomorrowland,” a riveting mystery adventure starring Academy Award® winner George Clooney. Bound by a shared destiny, former boy-genius Frank (Clooney), jaded by disillusionment, and Casey (Britt Robertson), a bright, optimistic teen bursting with scientific curiosity, embark on a danger-filled mission to unearth the secrets of an enigmatic place somewhere in time and space known only as “Tomorrowland.” What they must do there changes the world—and them—forever.