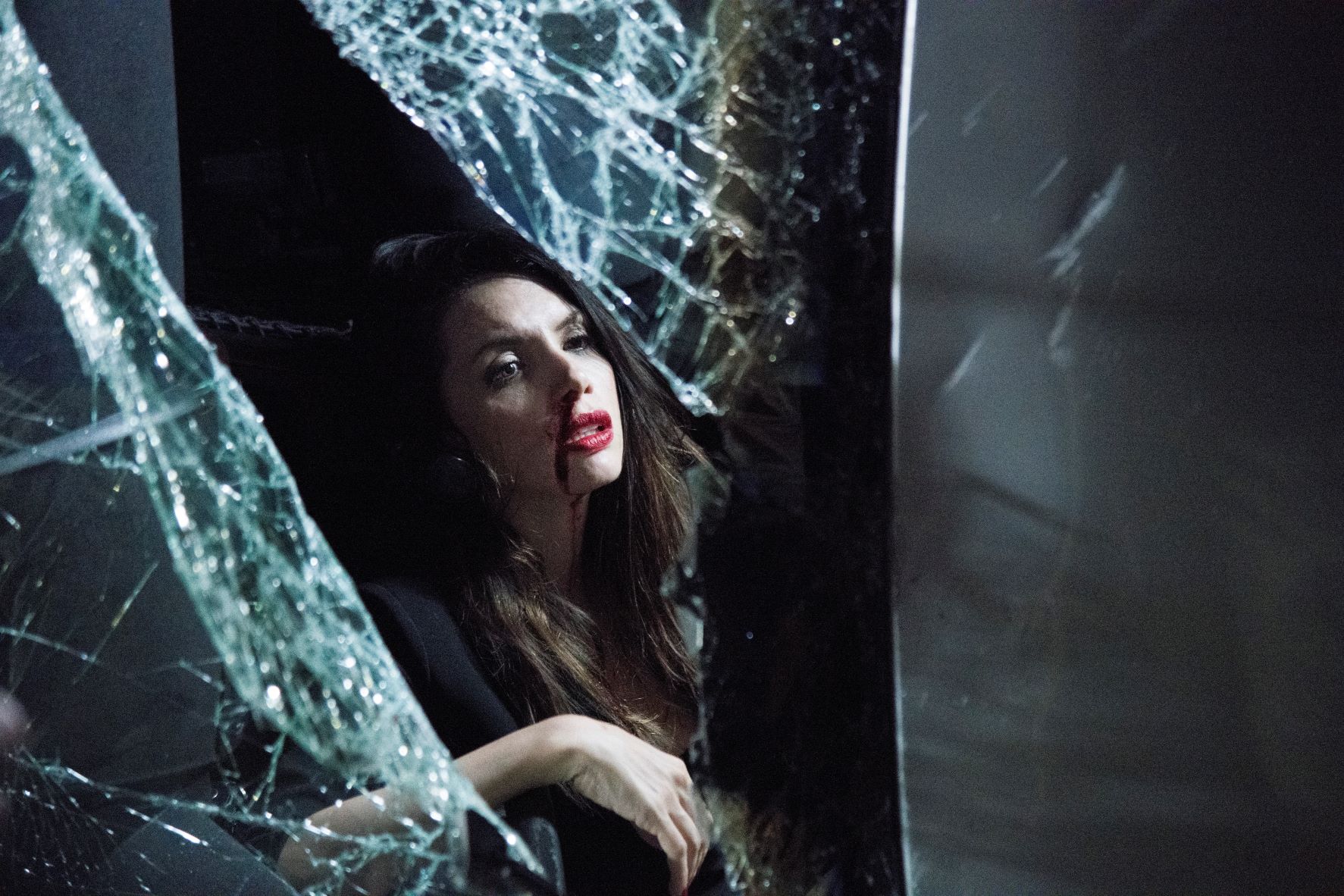 Marking his first feature film in a decade, Dario Argento is back this week with the world premiere of Dark Glasses, taking place this Friday at Berlinale. In the vein of a classic Giallo tale, a brief new teaser has now arrived which indeed features buckets of blood and reveals an Italian release later this month––though we’re still awaiting U.S. release news.

The film was shot by Matteo Cocco and follows a serial killer who preys on prostitutes as he sets his sights on Diana (Ilenia Pastorelli). As he pursues her, he causes a car crash in which she is blinded and 10-year-old Chin’s entire family dies. Despite her blindness, Diane resolves to take the boy in. But the killer is still on the loose…

See the Berlinale synopsis below, followed by the teaser and Carpenter-inspired poster.

In an almost deserted, summery Rome in the midst of a hypnotic solar eclipse, a mysterious serial killer starts targeting high-end prostitutes. Diana is one of them. In a desperate attempt to escape him, she becomes the victim of a serious car accident that leaves her blind. After a long period of rehabilitation, Diana learns that the only other survivor of the crash is a now-orphaned child of Chinese descent named Chin, and she decides to take care of him. Coming from different cultural backgrounds, the two connect via a special bond that allows them to defend themselves from the serial killer’s thirst for revenge.

Dario Argento returns to directing after a ten-year hiatus with a film that mixes the mood of Italian “giallo” pulp fiction in his early work with his legendary touch of horror, albeit this time with a dose of sharp irony thrown into the mix. Occhiali neri is a headlong dash between city and countryside that explores the social conflict between rich neighbourhoods and Rome’s so-called Chinatown. The maestro’s gaze transforms this nightmare into pure geometry, and the class war into the kind of metaphysical architecture reminiscent of Antonioni.