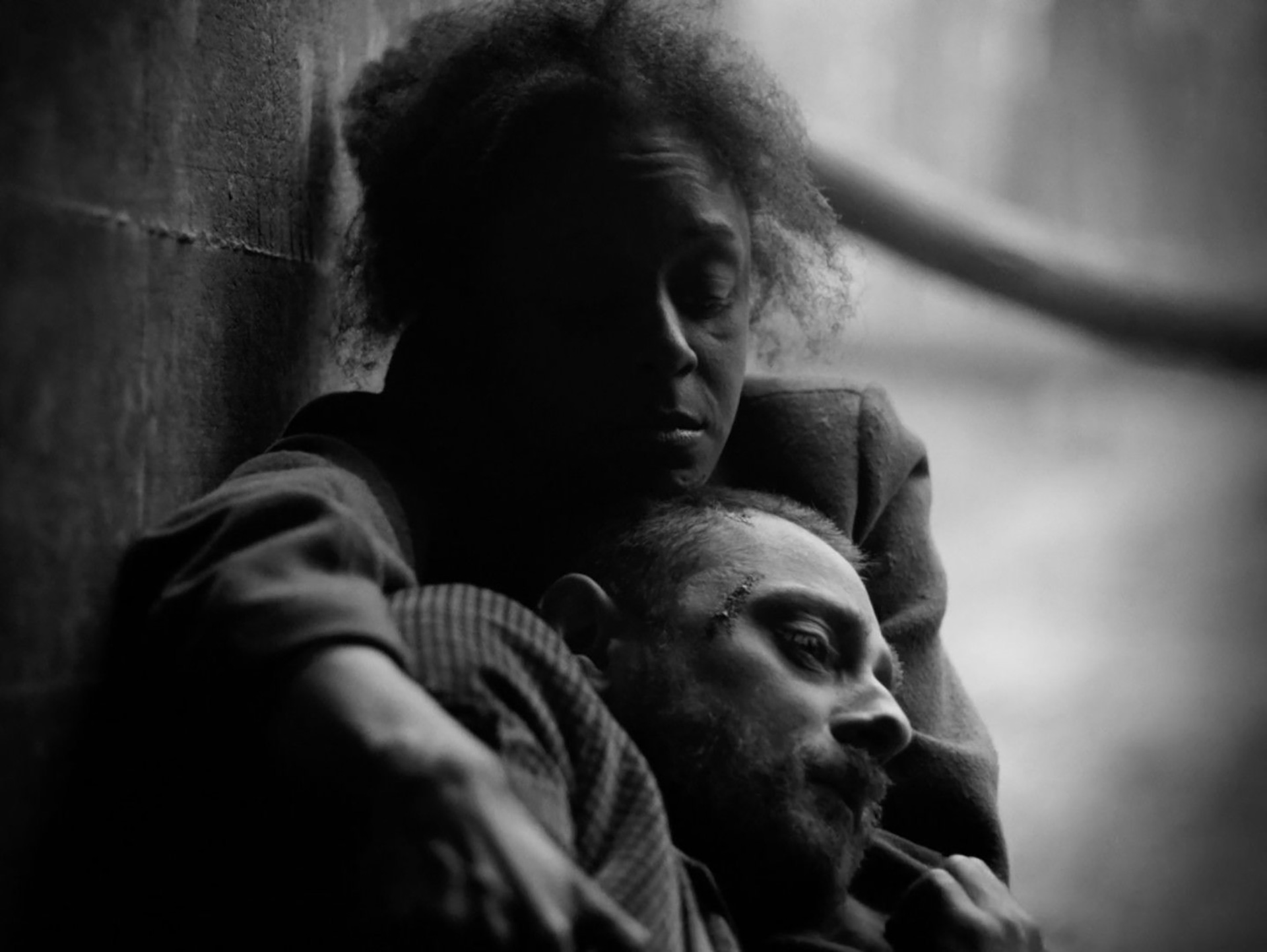 Every single one of us knows the terror of the unknown. Maybe it’s as universal as our collective uncertainty about the future or as specific as your inability to guess whether an abusive family member is going to fall asleep before taking off their belt. Some wonder if the randomness of the world will strike them down without warning or if a broken system of prejudice will collect them for no other reason than the color of their skin. We battle mental illness, post-traumatic stress, bigotry, poverty, and the weight of an inescapable hopelessness that we’re simply not strong enough or compassionate enough to fight together. And so many of us find ourselves alone and drifting, lost in the dark thoughts that will ultimately become our demise.

It’s where we find Mary (April Matthis) and John (Robbie Tann) at the beginning of director Jason Neulander and co-writer (adapted from her play) Caridad Svich’s Fugitive Dreams. Here they are in the middle of Middle America—despondent, defeated, and desperate. Shot in full-frame black and white, it’s as though they’re trapped in a desolate purgatorial wasteland with nothing but the memories of what was and the emptiness of what might be. She’s ready to end her life as a result of the crippling futility while he prays he’ll find a fantastical utopia created in his mind with Technicolor movie stars projected atop sun-soaked poppy fields. They yearn for a release neither is sure exists beyond the hellish reality they’ve endured due to no fault of their own.

She’s quietly pragmatic. He’s loquaciously idealistic. Both have the physical and mental scars of abuse with Mary seeing them as evidence of the world’s evil and John as evidence of his own. She runs to protect her body from its inevitability. He runs to protect his mind from the cycle of suffering he’s yet to confront. And the reasons appear via flashback: a young Mary punished by those in power within an oppressive capitalist state and John whipped by a step-brother he still tells himself is a good and righteous man. The two are thus drawn as opposites. One is a black woman and the other a white male. One sees the world in monochrome and the other in artificial color. Yet both are very much the same.

They are the forgotten souls we dismiss. The bodies we pull from the tracks in order to go on our way without ever looking back. They’re angry and scared respectively. Impatient and naïve. Maybe you don’t know them, but they know each other all too well—enough to band together with empathy. Enough to witness the other’s pain and bear the brunt of its poison without ever allowing the notion to leave them enter their minds. Mary is willing to be strong for John. He’s willing to treat her like a human being. And they’ll need that camaraderie once they encounter other vagabonds who are as much a figment of their rage and fear as they are flesh and blood. They’ll need each other to stop from slipping back into their personal nightmares.

Because Fugitive Dreams wears its low-budget independent identity on its sleeve, the characters’ journey won’t be for everyone. This is a dialogue-heavy drama that embraces its theatrical origins with few locations and props beyond the performances themselves. Neulander and Svich aren’t going to hold your hand through the mirrored duality on display or the tenuous separation between reality and fantasy besides their use of color as a means of delineating perspective. Who Israfel (Scott Shepherd), Providence (O-Lan Jones), and Henri (David Patrick Kelly) are outside of provocateurs pushing Mary and John to the edge of their ropes is really up to your interpretation. I’m honestly still not convinced the whole film doesn’t unfold in a literal purgatory wherein the protagonists need the other’s help to accept their salvation.

It’s therefore simultaneously depressing and funny. We move from Mary singing a song as she puts a glass shard to her wrist to the comical intrusion of John barging into the women’s room with pants around ankles to relieve himself. The weight of what she’s experienced keeps her demeanor heavy as it impacts her every move. She acknowledges and owns it as a burden to carry. What he survived conversely haunts his dreams to the point where he must reject it during the day by distracting himself with flights of fancy for which his mouth can’t move fast enough. No matter how they deal with their suffering, though, it’s suffering just the same. And Israfel is only too excited to remind them of it with every wry smile.

He and the non-verbal Providence are like devils on their shoulders to contrast Mary and John being each other’s angels. They sow mistrust into these two new acquaintances and reintroduce the abject sorrow felt before that fateful meeting in the bathroom. And they continue popping up in the unlikeliest of places to serve as constant reminders of pain felt and pain doled out. Mary and John become fugitives from a world that pushed them onto the pathways that are now destroying their will to keep going. They were abandoned by family and society to fend for themselves and then punished for daring to do so. What else is there to do then dream of escape regardless if the only viable door towards freedom goes through oblivion?

Svich and Neulander ask a lot of big questions with their allegory—the kinds you may not be prepared to hear. I think one’s enjoyment of the film will depend on that capacity to listen because each is stated implicitly through its visuals rather than explicitly through its words. It’s a credit to Matthis and Tann that their performances provide this meaning to what’s on-screen because it’s impossible to not empathize with their plight and relate to their predicaments. We’re all running from the inevitability of our lives. Some of us just have fewer obstacles to overcome within the unequal system that controls them. When an unyielding sense of justice supersedes the capacity for compassion, Mary and John epitomize those souls the privileged are willing to leave behind.