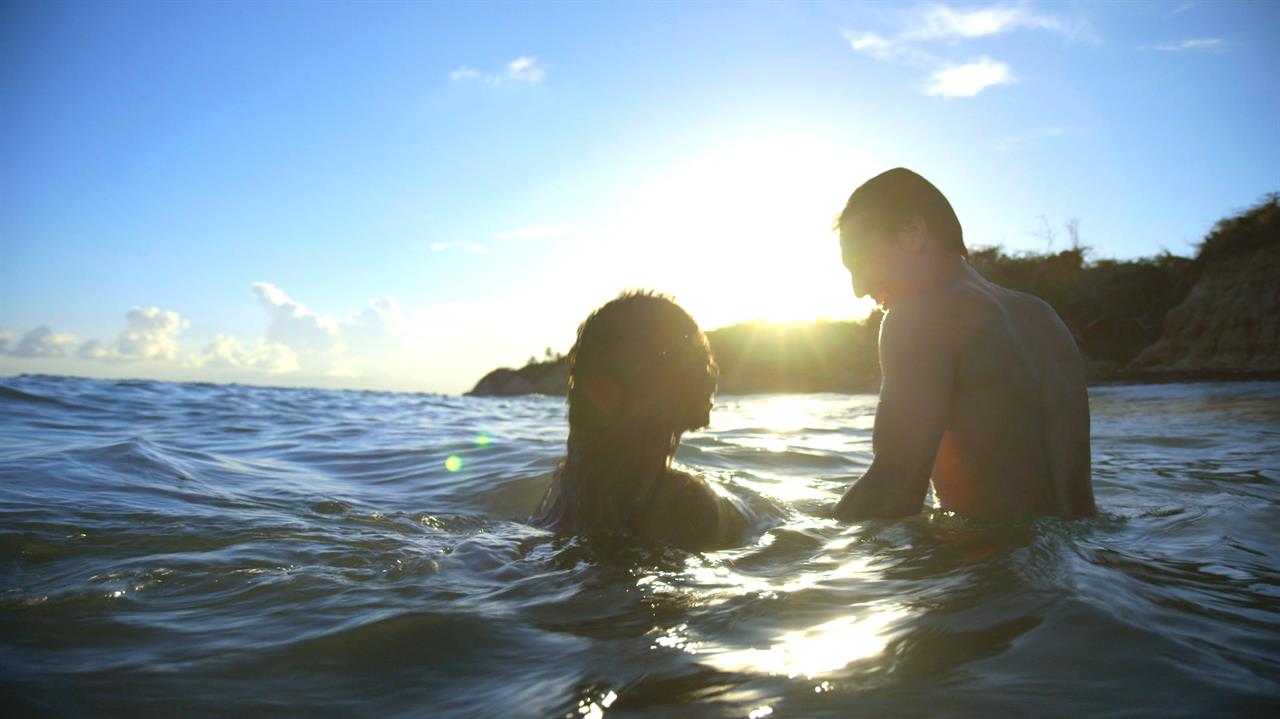 Puerto Rico is the oldest colony in the world. Think about that. The United States retains the island as an “unincorporated possession” without any national representation beyond a non-voting member of Congress. Inhabitants are therefore citizens without a voice. They have no say in who is elected President despite having a population larger than twenty Electoral College states. They are essentially slaves to a system that doesn’t care about them, helpless to prevent the federal government from coming ashore to wreak havoc whenever it decides (the US Navy just ceased live ammunition drills sixteen years ago, leaving destructive pollution behind). So it was no surprise when Donald Trump turned their lives into a photo opportunity post-Hurricane María. They asked him for water and electricity. He threw paper towels.

As documentarian Cecilia Aldarondo explains during her film Landfall, however, that storm was merely the straw that broke the camel’s back. Their economy had already been ravaged by budget cut after budget cut dictated by a Fiscal Control Board established under Barack Obama’s tenure that’s informally denigrated as “la junta” by residents. The purpose of this committee is to ensure the island pays back some seventy billion dollars of debt. Rather than come up with a feasible plan to do so without affecting the day-to-day life of American citizens, it has stripped funds from education, healthcare, and social programs to leave an already impoverished population more helpless than ever before. Add the destruction of María and farmers have been left eating one meal a day while vultures descend.

Aldarondo’s goal is to provide us a glimpse at this unconscionable disparity between residents and opportunists by traveling to multiple spots on the island to compare/contrast their economic conditions while giving context to the recent forced resignation of governor Ricardo Rosselló. So we meet farmers who are still picking through debris and cryptocurrency billionaires who see that suffering (and the lack of federal tax collection) as something to pounce on to turn a profit. Much like what’s happening on the mainland as politicians cut deals with corporations to privatize their responsibilities, people like Brock Pierce and other Blockchain advocates are only too happy to swoop in, steal land, and bleed the land dry. It’s one more cycle of oppression and exploitation that Puerto Ricans aren’t willing to accept.

The citizens are thus given a voice through her camera. They reminisce about the horrors they’ve endured; describe the economic and political shifts that have occurred during the past few decades; and demand their leaders (America included) be held accountable. As for the other side of the equation, Aldarondo simply points her lens and lets them implicate themselves. She moves from the intimate stories and dinner table conversations of residents to out-of-touch profiteers too full of themselves to realize how their words sound to the people they’re trying to force into carrying the burden of making them money. Whether it’s Quinn forgetting the name of the person he’s come to see or Pierce smugly telling a Puerto Rican woman her mistrust is misguided, these outsiders are abhorrently unsympathetic.

It’s not just them, though. We also meet a father/son real estate team who list luxurious ocean-view properties to these Blockchain folk—ostensible selling out their own island to reap the benefits of its cultural destruction. Strangers always need help on the inside. They need people like Ricardo Rosselló to facilitate their rise by pocketing some of the spoils themselves. It’s why thousands marched on San Juan to protest for his resignation and why they won’t stop until “la junta” realizes that they’re also in the crosshairs. Would making Puerto Rico a state (as some have floated recently) solve these problems? Probably not. But it would give their people the power to try to do so on their own behalf like every other governorship within the United States.

Landfall is thus a depiction of hypocrisy, passionate rebellion, and promise for the future. Aldarondo isn’t naïve to the progress made, though. She doesn’t simply put all this information on-screen and declare things solved. They’re not. There’s still a long road ahead for Puerto Rico regardless of a Joe Biden White House. He may be more tactful and sympathetic than Trump, but that doesn’t mean his words will carry real action. So while we can get emotionally invested in these stories and feel proud of the work that’s been done thanks to regular people standing up for their rights, we cannot forget the usual aftermath of such activism: silence. Don’t let the government paint over the evidence of your fight. Make them continue painting by refusing to quit.

Landfall is screening as part of DOC NYC through November 19.