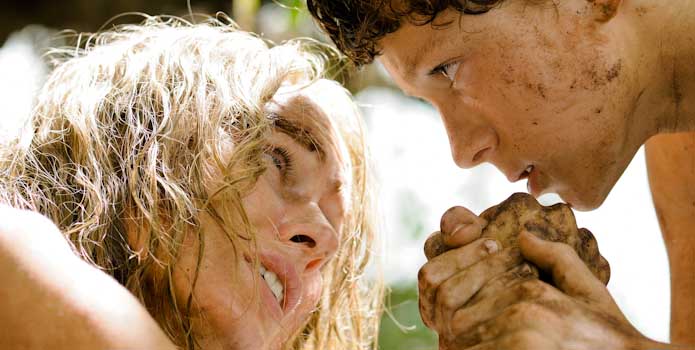 After a couple of promising international trailers we’ve been eagerly awaiting our first English-language, domestic look at the next film from The Orphanage director Juan Antonio Bayona, and now it’s finally arrived thanks to Summit Entertainment. Set for a Toronto International Film Festival debut, the drama starring Naomi Watts and Ewan McGregor recreates the 2004 Indian Ocean tsunami as we follow a married couple searching for their missing children in the aftermath of the disaster.

Our first looks hinted at an unsettling almost Lars von Trier or Roman Polanski-esque vibe, but here in the US we’re given an over-the-top emotional look at the story, but it still looks extremely well-done. I adored Bayona’s knack for building suspense in his previous film and it looks like he’s given a much larger playing field here, so I can’t wait to see what he comes up with. Check out the trailer below thanks to Apple, which uses U2‘s One.

Maria (Naomi Watts), Henry (Ewan McGregor) and their three sons begin their winter vacation in Thailand, looking forward to a few days in tropical paradise. But on the morning of December 26th, as the family relaxes around the pool after their Christmas festivities the night before, a terrifying roar rises up from the center of the earth. As Maria freezes in fear, a huge wall of black water races across the hotel grounds toward her. Based on a true story, THE IMPOSSIBLE is the unforgettable account of a family caught, with tens of thousands of strangers, in the mayhem of one of the worst natural catastrophes of our time. But the true-life terror is tempered by the unexpected displays of compassion, courage and simple kindness that Maria and her family encounter during the darkest hours of their lives. Both epic and intimate, devastating and uplifting, THE IMPOSSIBLE is a journey to the core of the human heart.