CIFF Dispatch: Striding into the Wind, Sweat, Transoceánicas, and Sleep 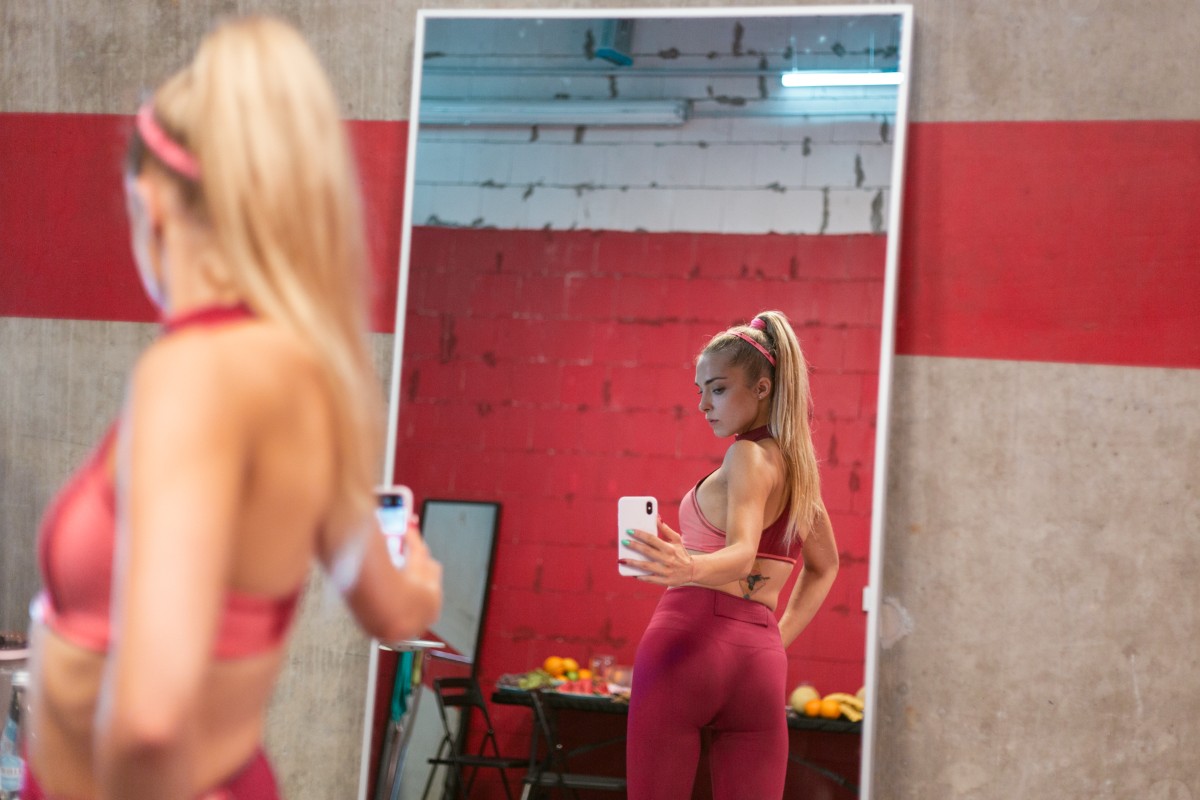 As my time at the 56th Chicago International Film Festival starts to wind down, I’ve been thinking about movies. Who knew? More specifically, I’ve been thinking about the selections of some other festivals that, for obvious reasons, didn’t come to fruition. What about Cannes 2020? Funnily enough, two of four of today’s picks were official selections for that very event. It’s nice to have been able to see them, even if they didn’t both pay off.

First of the pair was the United States premiere of Striding into the Wind (Grade: C), Wei Shujun’s feature debut, which, despite its pluses, succumbs to some familiar failings of a director’s first film. Its parts just don’t fit, and a lot of that has to do with the pacing. Over-extended at 130 minutes, it demonstrates Wei’s promise as a technical filmmaker, but one hopes he reins it in for his next feature.

It’s a pretty simple story. Kun (Zhou You) is a slacker about to finish up film school unsure what he’ll do next. He’s also, as these things usually go, not too sure of what he’s doing now. His girlfriend, Zhi (Zheng Yingchen), is too mature for him, and fellow filmbros Tong (Tong Linkai) and Ming (Wang Xiaomu) are more or less okay with giving into the system. The movie is winding because they’re winding, and it’s increasingly aimless because its characters are. It’s also aimless because it feels like a rough cut of a much better movie.

The central idea is solid: Take themes, a premise, and even an approach more akin to American cinema and make it unabashedly Chinese. Wei & Gao Linyang’s script juxtaposes Western and Eastern customs throughout the first half. It’s mechanical but intentionally so. When it pays off, Striding into the Wind sees something in its culture, be it pop or social. It’s the last 40 minutes when it breaks out of Western hegemony, but by that point, it’s too little, too late. The characters are consistent in behavior but waver as to whether their decisions deserve any attention. I’m all for unlikable protagonists, but Wei surrounds them with so much padding that the point dilutes itself.

The second of the pair was Magnus von Horn’s Sweat (Grade: B-), another U.S. premiere for the festival. Movies about social media are particularly en vogue as of the last couple of years, and as hit-or-miss as they may be, here’s an addition to the canon that shows its durability. No, it doesn’t always work. Yes, it’s really quite uneven. But while von Horn’s script has trouble fitting its themes and plot together, Magdalena Koleśnik’s performance commands the good and the bad.

She plays Sylwia Zajac, an influencer known for her workout routines and the inspiration she feeds her 600,000 followers. She’s been being more open about her feelings lately, on the cusp of landing a TV appearance, and her family doesn’t entirely get what she does. Sweat follows her for three days, most of which time isn’t too plot-focused. There is a plot, though: Sylwia has a stalker. The catch is that the movie treats this as an afterthought.

It’s a provocative choice, and it’s one the writer/director doesn’t land. Sweat is observational for its first half and plot-driven for most of its second. The first works very well, the latter not so much. There’s a nagging feeling von Horn couldn’t weave the two together, which, at its worst, softens the edge of its first 50 minutes. It’s a testament to Koleśnik, then, that Sweat gets by. She tunes her performance to the handheld camerawork throughout, lowering her guard as our eyes drift elsewhere and composing herself as she reenters our sights, all without aggrandizing herself. Von Horn’s efforts work by themselves at points, but Koleśnik holds them together.

After those two came the documentary of the day with the U.S. premiere of Transoceánicas (Grade: B), something that eludes a grading scale even more than most. Over several years, filmmakers and best friends Meritxell Colell Aparicio & Lucía Vassallo recorded their respective lives in Barcelona and Buenos Aires. Epistolary home footage matches with letters they’ve sent one another in the form of subtitles, all of which Aparicio edited together. They occasionally show up in person as does actual speech, but it is, over its 116 minutes, largely a nonverbal project.

Project, experiment, documentary—whatever you want to call it, it’s infatuating at times. It’s arduous at others, but they didn’t make it for us. We’re just stumbling upon it.

For us, it both epitomizes a personal piece and asks us to project our experiences onto it. Journeys include pregnancy, parenthood, family, and loss. Recurring pieces touch on Aparicio making her debut film, Facing the Wind (which played at CIFF 2018), and Vassallo making Línea 137. Visuals can be banal enough to pass for b-roll. Superimpositions rule some scenes like memories projected over vistas. It’s their ode to silent film, to pictures, to putting all those shards of consciousness together. Transoceánicas may be a bit long, but it’s romantic in its own way. Who cares if we’re not in awe at every second? We’re not the target audience, and that’s okay.

Afterward came the U.S. premiere of Sleep (Grade: C+), the debut feature from Michael Venus. Here’s one that promises much more to come in the future. Even fumbles can be auspicious, and like most debuts, Sleep is so full of ideas that it can be a bit too much. It’s certainly ambitious and has its moments, but its dream logic grows numb by the end.

When we begin, Marlene (Sandra Hüller) is having recurring nightmares about a hotel. One is so bad that it leaves her catatonic and hospitalized, leading her daughter, Mona (Gro Swantje Kohlhof), to visit the hotel. It turns out a rash of suicides occurred there, and it goes without saying some nefarious stuff is still in the works. But Mona’s okay. And then she starts losing grip with reality. Venus and editor Silke Olthoff cut to reality from dreams and back with a jerky, hypnagogic pace, solidifying the movie as best when it plays like an elaborate parlor trick. However, Venus’ reach begins to exceed his grasp as more themes enter the fold.

National guilt, family history, the patriarchy, Jungian psychology, determinism, mental illness—they’re all here. To what extent they’re here varies, but the experience does good work at revealing dream from reality rather than delineating the two. The issue, though, is two-fold. Its Stephen King and David Lynch influences are damn near unavoidable in themes and visuals, sometimes to the point where Sleep falls into pastiche. By the time it forms its own identity, so many pieces vie for attention that they don’t stick as much as they could have. Venus has good things in his future, but they’re not quite ready yet.