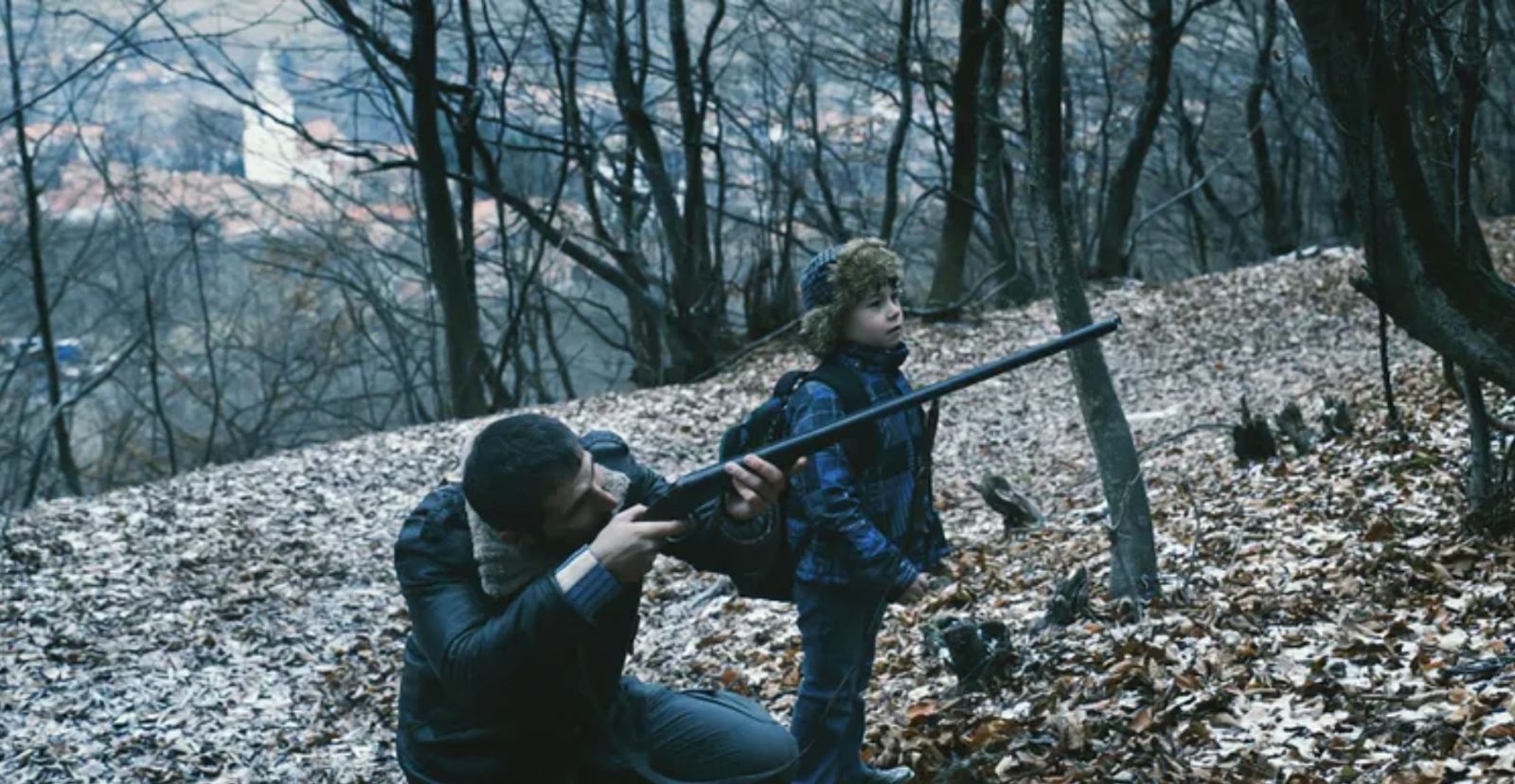 Anyone looking to take the temperature of Cristian Mungiu’s first film in six long years should heed the words of Matthias, his most recent downtrodden protagonist: “People who feel pity die first,” he explains to his 8-year-old son. “I want you to die last.” Too much? Try the more eloquent musings of the local priest: “Everyone has their place in the world, as God ordained.” Translation: go back to where you came from.

The Romanian filmmaker returns with R.M.N., a portrait of Europe, perhaps the world, in the days of late capitalism. As bitter and biting as its winter landscape, it stars Marin Grigore as a Hungarian immigrant in a small village nestled amongst the snowy forests and sweeping mountains of Transylvania. Working in crisp blues and greys from Tudor Vladimir Panduru (Graduation, Malmkrog), Mungiu sketches the town as a modern Babel: Romanian, Hungarian, French, German, Sri Lankan, and English are all spoken, and an uneasy coexistence prevails. You soon wonder for how long.

Mungiu’s film is a dialectic on xenophobia. In the town’s queasy ethnic hierarchy (and it is a film about ruthless ethnic hierarchies), Matthias both suffers abuse and passes it on: called a “gypsy” in the German slaughterhouse where he works, but later using that exact term to harass a foreigner. It’s after this inciting incident and a violent outburst (head-butting the abuser and breaking his nose) that Matthias hitchhikes home. Mungiu then introduces us to his wife Ana (Macrina Barladeanu, a subtle, forceful presence); his son Rudi (Mark Blenyesi), who saw something in the woods and is now afraid to walk alone; his poorly father, Otto (Andrei Finți), who goes for an MRI (the Romanian translation, “R.M.N.” is where this film pointedly takes its title); his ex and soon-to-be lover again Csilla (Judith State of Sieranevada and Malmkrog), manager of a large bakery and cello player with a soft spot for Shigeru Umebayashi (is she in the mood for love?); and the town’s de-facto elder, Mr. Baciu (Ovidiu Crișan). Concerned by Rudi’s timid nature, the hardened Matthias plans to toughen him up.

Mungiu uses this microcosm to express a whole world out of balance. The Transylvanian setting positions the town somewhere near the Hungarian border, a link between East and West. Romania has always been “squeezed between two empires,” Mr. Baciu explains. Csilla’s bakery is trying to hire staff in order to qualify for EU grants, but for this she must hire two Sri Lankan men with the hopes of bringing in more. The locals don’t take kindly to them: the old guard posture about the newcomers’ levels of hygiene, the younger townspeople rant about giving local jobs to foreigners. The socio-political rub of Mungiu’s film is that this prejudice is relative: many of the local’s family members and friends are in similar situations abroad, yet they can’t see the irony. Mungiu examines this hypocrisy with care (there are frightening moments, but nothing gratuitous) and though he repeats his point throughout, it is nothing if not effective.

Mungiu has a knack for expressing major societal issues in subtle moments. Anyone who saw 4 Months, 3 Weeks and 2 Days will never forget the look on Otilia’s face as she sat at that dinner table, listening to innocuous chit-chat while her friend lay suffering in a seedy hotel room on the other side of town. R.M.N, a film that is more maximal by design, can’t boast that same sense of economy, yet its dizzying culmination of ideas proves more feature than bug. Close to the end we see a town-hall meeting that Mungiu presents in a single 17-minute take, the townspeople and guests debating whether or not the immigrants should be forced to leave. (In press notes he asserts there are no less than 26 speaking parts.) Amongst the packed frame Matthias sits silently behind Csilla, softly tugging on her shirtsleeve. Is it a disinterested tic or a little plea for affection in a world gone cold?

Mungiu closes with a riddle: having spread little mysteries and recurring motifs (look out for bears), the director lets these and other strange energies fuse for an atypically surreal finale. We are invariably left with no easy answers.