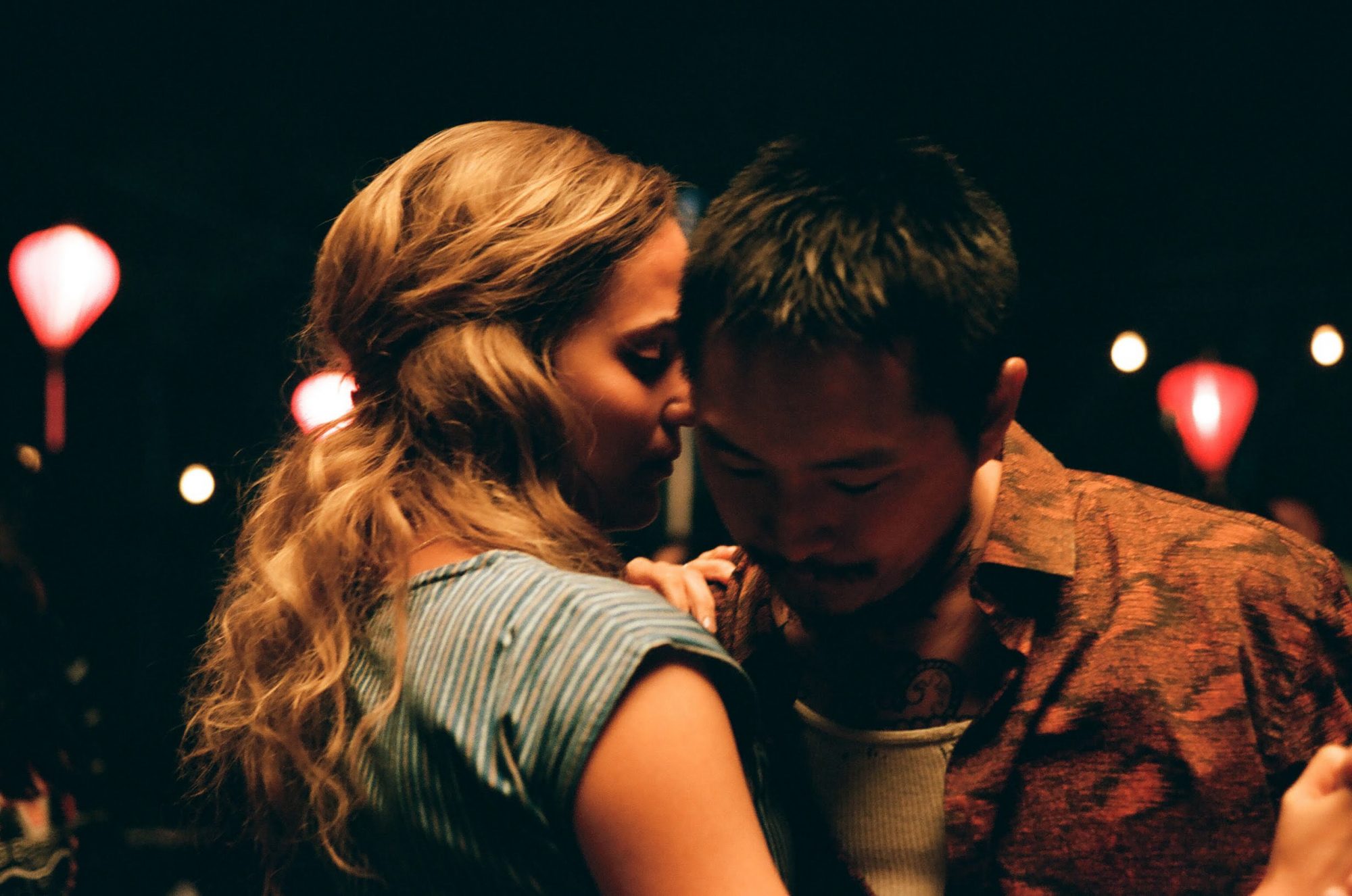 After Antonio (Justin Chon) is wrongfully arrested in front of his wife Kathy (Alicia Vikander) and step-daughter Jessie (Sydney Kowalske), he’s surprised to learn he’s been flagged for deportation. Due to his adoptive parent’s oversight, Antonio, who was born in Korea but has lived in Louisiana since he was a toddler, doesn’t have citizenship. Justin Chon’s Blue Bayou is an amalgam of real stories like Antonio’s, among which there are thousands.

Blue Bayou is a successor to the elegiac modes of Moonlight (2016) and The Florida Project (2017) that aestheticized life on the margins in the American south. This style—naturalistic performances, handheld cameras, and soft focus—is intimate, touching, and completely familiar. But as Antoni’s life unravels through the second half, Chon slips from a delivery that is customarily moody to something almost overwrought, closer to melodrama. This is also when the film gets better. Just like the Disneyworld sequence at the end of Florida Project enlivened its otherwise sentimental delivery, Blue Bayou is more interesting when Chon moves beyond realism and into fantasy.

Take the scene where, spiraling after missing a court date (his last chance to avoid deportation), Antonio spirals literally; spins his motorcycle through mud under heavy sheets of rain, his face bloodied from a fight, and rides his bike into the bayou, the same alligator-infested spot he had taken his daughter in their halcyon days. If he doesn’t drown, we don’t see him get rescued either. And while the moment comes at the crescendo of a tragic string of events, it seems outside of the plot of the film, a purely emotional vision. It’s melancholic, over-the-top, and almost silly, but nonetheless a passionate, expressive image of someone in crisis.

Chon is a magnetic and sympathetic performer, and Vikander lends warmth and vulnerability to an undercooked role. But there are many false notes; like the two cop characters, Denny (Emory Cohen) and Ace (Mark O Brian), one vindictive and violent, the other level-headed and redeemable. This good cop / bad cop dynamic is the film’s attempt to appear measured, but comes off as shallow. There’s also the unexpected friendship between Antonio and Parker (Linh Dan Pham), a Vietnamese immigrant he meets by chance who is, of course, dying of cancer. An end-of-life friendship is a tired trope the film doesn’t need—there’s enough tragedy in the main plot—and their scenes together veer into preciousness. But Parker does allow Chon to explore some nuances of Antonio’s experience. After spending an afternoon at her family’s cookout, he remarks to her that he feels like he’s in Asia; this only makes him feel more alone, isolated not only from the country he has grown up in and the family that abandoned him, but also from a heritage he knows nothing about.

Blue Bayou intends to raise awareness of a very real issue, and also to capitalize on the fervent discourse around immigration and racism. This isn’t Chon’s first “issue” film, Gook (2017) takes on police brutality and racial conflict, and Ms. Purple (2019) follows a Korean woman trying to get by as an escort in LA. Antonio is akin to these brave, beautiful, and wounded figureheads for their cause. It’s a good thing he also feels human.