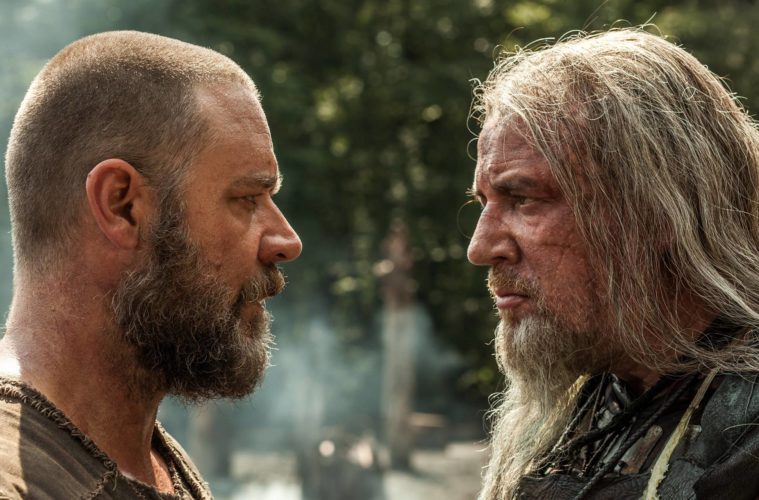 Clearly taking a different path from the modestly-budgeted features dedicated to Christian audiences, Darren Aronofsky‘s Noah is aiming to deliver the fantastical elements that are found in the text (on a massive scale), melding it with the religious themes one might expect from the story. Ahead of a release this week, Paramount have delivered a new featurette which explores the vision of writer (and co-writer Ari Handel), while also surveying a variety of religious leaders when it comes to their thoughts on the film and how it matches up with the Bible.

“The story of Noah starts with this concept of strong justice, that the wickedness of man will soon be met with justice, and it ends when the rainbow comes and it says, even though the heart of man is filled with wickedness, I will never again destroy the world,” Handel explains in the video, picked up by THR. “So it ends with this idea of mercy. So God somehow goes from this idea of judging the wickedness to mercy and grace. So we decided that was a powerful and emotional arc to go through, and we decided to give that arc to Noah.”

We imagine this is only the beginning of many discussions to follow once the film hits theaters, and one can check out the featurette below, along with a new clip that sees Russell Crowe and Ray Winstone facing off.