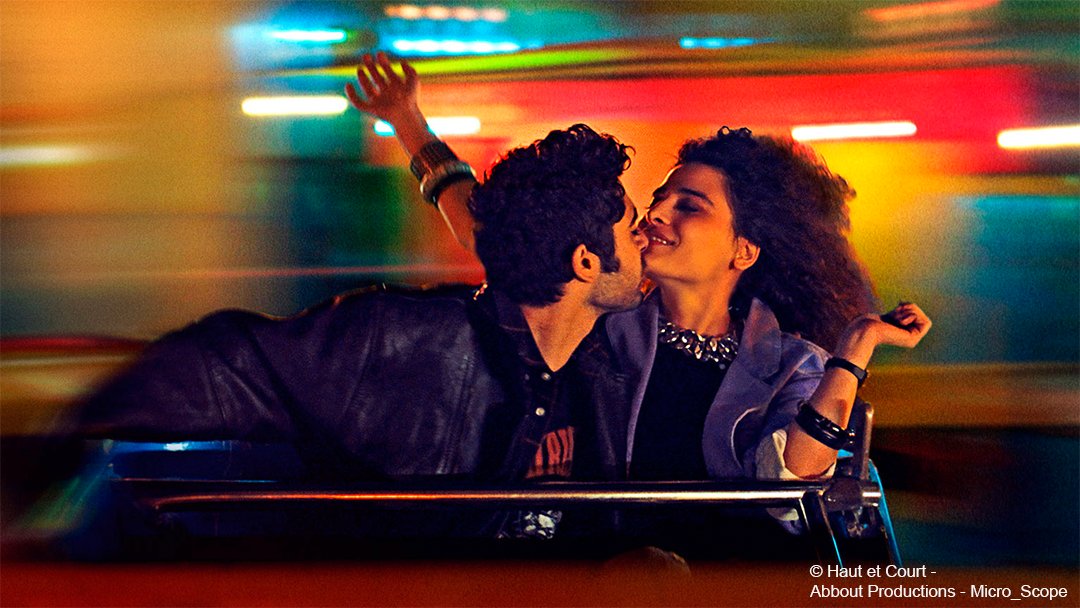 One of two films at the 2021 Berlinale about the lasting trauma of the Lebanese Civil War (along with the superior Miguel’s War), Memory Box follows three generations of Lebanese women, now living in Montreal, whose lives are uprooted when a literal box of memories lands on their doorstep. “It’s bad memories,” Téta (Clémence Sabbagh) tells her curious granddaughter, Alex (Paloma Vauthier), when she sees the box is from a woman named Liza Haber. It’s Christmas Eve, and these “bad memories” aren’t the kind of present Téta wants to give her daughter, Maia (Rim Turki). So she stuffs them away in a cupboard, to be dealt with at a later date.

Memory Box is “freely adapted” (as a title card states) from the real-life correspondences of its co-writer-director Joana Hadjithomas, who made the film with her husband, Khalil Joreige. As a young woman living in Beirut, Hadjithomas would send a package of letters, cassette tapes, and photos every month to a friend living in Paris, who had emigrated there from Lebanon. Through these packages, she created a document of not only her own adolescence, but life during the civil war. Reconnecting with her friend decades later and getting to look through those packages again inspired Memory Box, in which Maia is an analogue for Hadjithomas.

Although to start with, it’s not Maia, but her teenage daughter Alex through whom we discover the memory box. On Christmas, Maia comes across the hidden box—which was returned to her because Liza had died the previous month—and is sent into a tailspin, at first weeping, then shutting down and refusing to talk about the contents of the box with Alex. Their mother-daughter relationship is strained by silence; later in the film, Alex screams at Maia in anger that “we share nothing!” The only way Alex can access her mother’s true self, trauma and all, is through the box.

Memory Box is at its strongest in its first half, when Alex steals objects from the box that she’s been forbidden to look at, and her imaginings about her mother’s youth are visualized on screen through mixed media animation. As Alex reads more of her mother’s notebooks and listens to cassette tapes of her mother’s voice, Hadjithomas and Khalil build an abstract picture of Beirut circa 1980, as Alex imagines it. Manal Issa plays the younger version of Maia, although she barely speaks a word until at least an hour into the film, existing more as a vague image in Alex’s mind than a real person. Photos come to life through colorful, rustic animation, and the past is shot in bright, rich hues, a contrast to the dull look of snowy Montreal. To Alex, her mother’s youth in another place, on another continent is as exciting as anything, especially when her own days are spent snowed in indoors, unable to do anything except text her friends.

Halfway through the film, Maia discovers that Alex has been reading her journals, and she takes over the narration, recounting for Alex a more intimate and grounded version of her youth. What could have been a fascinating exploration of unreliable narrators—how is the story different when told through Alex’s versus Maia’s eyes?—turns into a rather standard drama. There are still some striking surreal images, like young Maia riding a motorbike with her lover, Raja (Hassan Akil), as bombs blow up behind them. But this section of the film feels more like a rote Hollywood retelling of events than a subjective memory play, complete with a Hollywood ending that puts a too-rosy tint on lasting trauma.

Perhaps Memory Box suffered for me in comparison to Miguel’s War, which also played the Berlinale this past week, only not in competition. The similarities are striking: Miguel’s War is a documentary about a Lebanese man who emigrated to Spain after the civil war and who is only now working through his past trauma. It also used animation to represent his memories. But that film fully reckons with its subject’s trauma, and explores the gaps in his memory that he suppressed long ago. It’s a messy film, but one packed with ideas and visual creativity. Memory Box could have made a great companion piece to Miguel’s War, but instead, the documentary serves as an example of how to succeed in the places Memory Box falters.