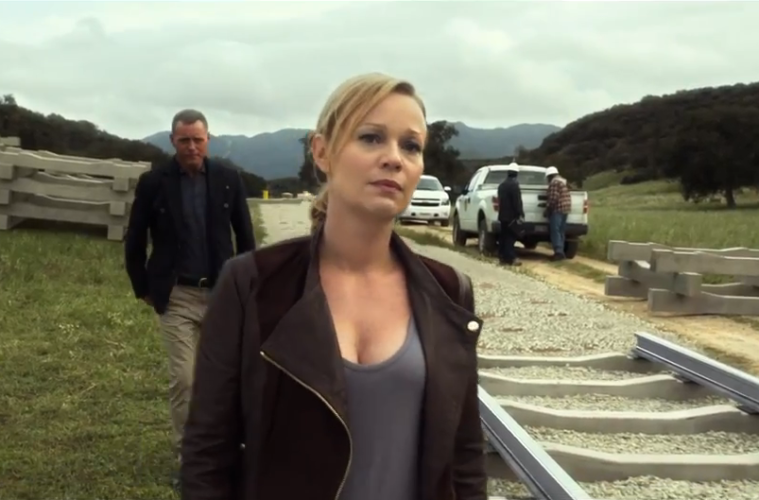 Somehow, someway Atlas Shrugged Part I made nearly $5 million at the box office and even though its a far cry from its reported $20 million budget, a sequel has already been completed. Ayn Rand returns this fall as John Putch‘s Atlas Shrugged Part II arrives in limited theaters. Working with a slightly bigger budget this one doesn’t look at flat-out terrible as the first, but it’s still pretty rough — something I wouldn’t even pick out of the Walmart bargain bin. Check out the trailer below for the film starring Samantha Mathis, Jason Beghe, Esai Morales, Patrick Fabian and Kim Rhodes.

The global economy is on the brink of collapse. Unemployment has risen to 24%. Gas is now $42 per gallon. Brilliant creators, from artists to industrialists, continue to mysteriously disappear at the hands of the unknown.

Dagny Taggart, Vice President in Charge of Operations for Taggart Transcontinental, has discovered what may very well be the answer to a mounting energy crisis – found abandoned amongst the ruins of a once productive factory, a revolutionary motor that could seemingly power the World.

But, the motor is dead… there is no one left to decipher its secret… and, someone is watching.

It’s a race against the clock to find the inventor before the motor of the World is stopped for good.

Who is John Galt?