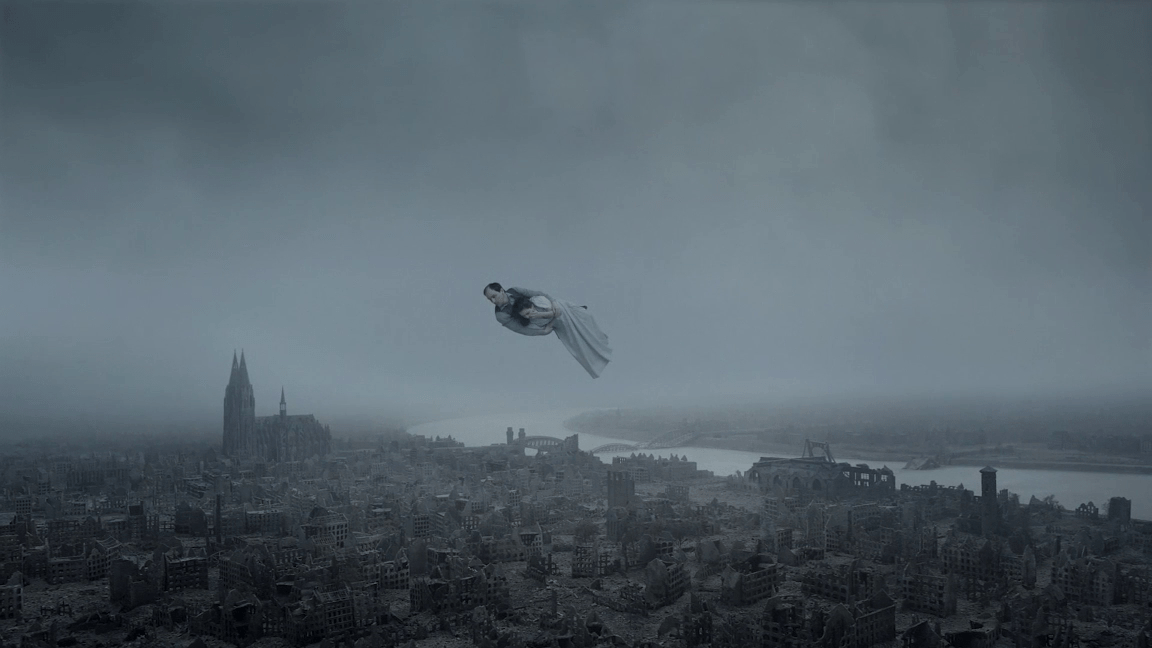 Closing out the decade, Roy Andersson’s About Endlessness premiered at the Venice Film Festival back in the fall of 2019, with hopes we’d see it sometime soon as it was picked up by Magnolia Pictures. Then the pandemic happened, pushing a 2020 summer release to that fall, then another delay to 2021. Thankfully, it’s now arriving next month both in theaters and on demand––specifically on April 30––and a new trailer and poster have arrived.

Mark Asch said in our review, “About Endlessness is Roy Andersson’s fourth film of this century; it looks much like the previous three, and nothing like anything else ever made. Mostly unrelated blackout scenes are shot on forced-perspective studio sets stripped bare of the real world; minor-key moments of human angst, like a waiter ineffectually mopping up a red wine spill with an absolutely sodden towel, or a housewife’s half-consoling, half-embittered impatience with her husband’s wistful reflections on a wasted life, are juxtaposed with more dire vignettes, like the recurring drama of the priest who’s lost his faith. “It’s my job to preach about god,” he wails in despair. (Everybody’s got to make a living.)”

About Endlessness opens on April 30 in theaters and on demand.