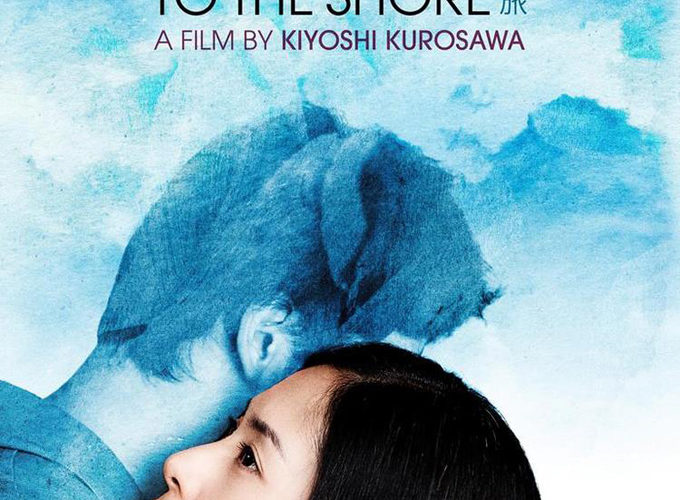 [TIFF Review] Journey to the Shore

A 40-year-old Japanese woman, Mizuki (Eri Fukatsu), begins to cook by herself, the audience assuming she’s a single career woman stuck in the middle of her daily grind, until a slight camera movement reveals Yusuke (Tadanobu Asano), her three-years-dead husband, who she greets with, disconcertingly, little surprise. This means we’re in the world of Kiyoshi Kurosawa, one with a casual supernatural presence. Yet if in the simple touch of Yasuke’s spirit not carrying a ghostly glow (consider one of the Jedi apparitions from Star Wars), Journey to the Shore barely functions as a genre picture. If anything, it’s far more akin to Tokyo Sonata than Cure or Pulse. (The opening of a young child playing the piano against a billowing curtain makes the connection almost too apparent.) If that film, even as a domestic drama, still felt like it could’ve turned to the supernatural at any instant, creating an unease or dread that stemmed from more than just a middle-aged man’s unemployment, Journey to the Shore gradually removes any sense of tension about Yasuke’s motives and whatnot; don’t expect a twist involving Mizuki being a ghost, too. He begins showing his wife how he’s kept busy over the last three years, which includes several detours — visits to strangers, friends, co-workers, and even students of Yasuke — and the film takes its sweet time to reveal a point of sorts.

Known for his master shots and long takes that still carry the narrative efficiency of classicist genre masters (and publicly stated influences) Richard Fleischer and Don Siegel, Kurosawa can be difficult to decipher at times. And having recently noted that the Japanese film industry has come to closely resemble the current American one — the “sure thing” of sequels and manga adaptations taking over, leaving very little money or chance of a greenlight for the kind of idiosyncratic horror and thriller films he specialized in — he’s seemingly had no choice other than to go small-scale.

While it’s easy to see the film as reflecting the fear of mortality from the men — Kurosawa’s just turned 60, and Asano, one of Japan’s biggest heartthrobs, is even starting to show his age — the film’s female perspective emerges as the actual emotional core. While Journey to the Shore, seemingly in its mysterious path, threatens to become a tawdry melodrama about “letting go” or dealing with the inexplicable (Yasuke at various points lectures on metaphysics), the film morphs into a reflection of Japan’s relationship with patriarchy. At one point, a co-worker reveals her pregnancy to Mizuki, and ultimately all that she could want from life: the delineated path of motherhood, family and normalcy. Shore‘s maybe one guaranteed gesture, the aforementioned act of “letting go,” thus becomes more powerful when loaded with the implication of Mizuki realizing her independence as a woman instead of saying goodbye to a loved one.

Journey to the Shore is screening at TIFF.