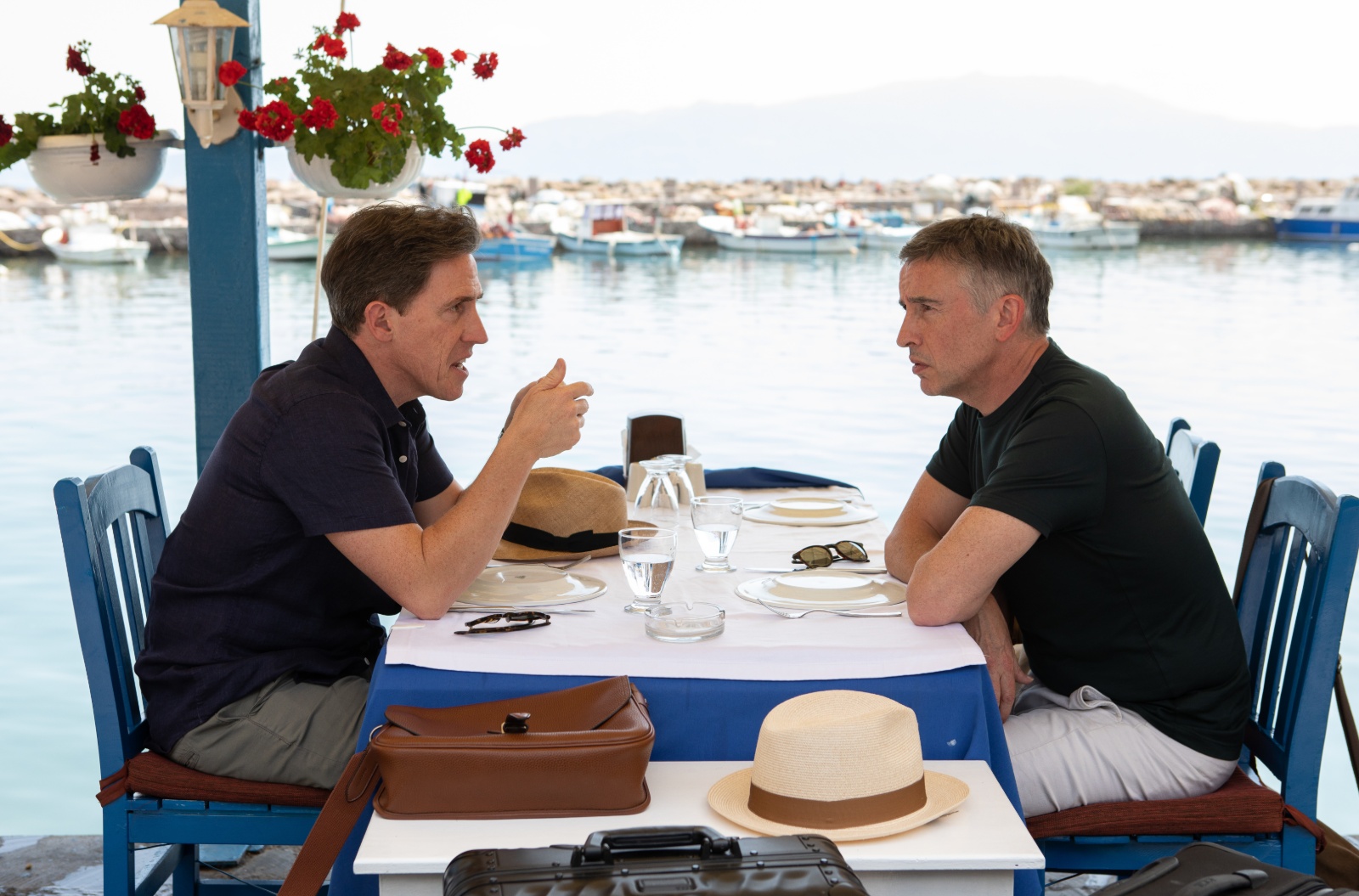 While most sequels this spring and summer have been postponed, one of the best franchises marches forward with its final outing. The Trip, hatched by Michael Winterbottom, Steve Coogan, and Rob Brydon in 2010, featured subsequent journies to Italy and Spain, and now next month will bring The Trip to Greece. Once again edited into a feature following a series debut in the U.K., IFC Films have now released a new trailer ahead of a May release.

“Greek mythology, I thought it was interesting, but I liked Greek philosophy more,” Coogan tells The Guardian. “And the world view of the three principal philosophers, Socrates, Plato and Aristotle. For me, having had a struggle with religion, it always baffled me that people stick to Christianity when there was a more nuanced, holistic approach to living your life that pre-dated it by a few centuries.” Speaking about Christianity, he adds, “It’s just that loads of idiots have co-opted it. And that hasn’t really happened with Greek philosophy. You don’t think of stupid idiotic rightwing fundamentalist Greek philosopher followers.”

When Odysseus left Troy it took him ten years to get back to his home in Ithaca. Steve and Rob have only six days on their own personal odyssey in THE TRIP TO GREECE. On the way they argue about tragedy and comedy, astronomy and biology, myth, history, democracy and the meaning of life! Featuring locations such as: Temple of Apollo at Delphi, the Ancient Agora of Athens, the Ancient Theatre of Epidaurus, the unique island of Hydra, the Caves of Diros, Nestor’s Palace, Niokastro Fortress in Pylos, and Ancient Stagira, as well as a lot of shooting in restaurants and hotels in Athens, Hydra, Lesvos, Chalkidiki, Pelion, Kavala, and at the Peloponnese.

The Trip to Greece arrives on May 22 on VOD and, if they are able to open, in theaters.