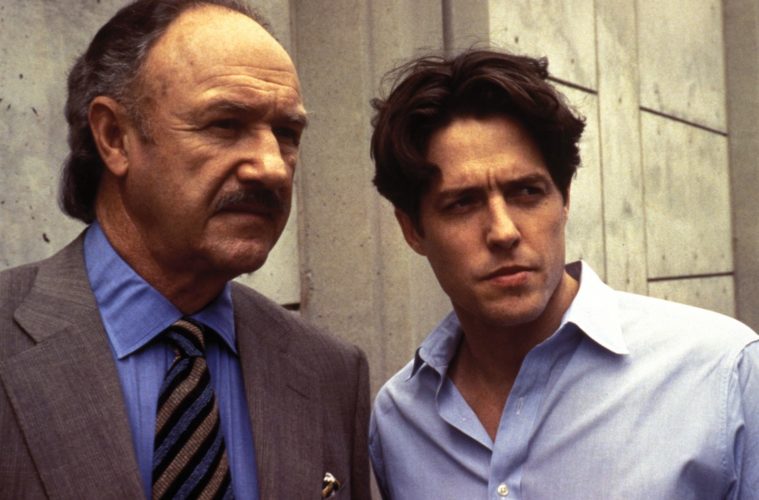 Today we cross the pond to talk about Hugh Grant, the floppy-haired Brit who made his fortune in rom-coms and never felt great about it. Though he is in character actor mode now–currently in Guy Ritchie’s The Gentlemen–we look back to the 90s and his stratospheric rise to stardom. Conor and I are joined by Joseph Galbo, a good friend and big-time film fan who does impressive work for the wonderfully bizarre USCPSC, the social media account for the US Consumer Product Safety Commission.

Our movies include the little-seen Mike Newell picture An Awfully Big Adventure, the incredibly charming The Englishman who Went up a Hill but Came down a Mountain, the high concept Extreme Measures, and 1999’s mobster comedy Mickey Blue Eyes.

We discuss the fascinating unlikeability of An Awfully Big Adventure as well as its poor timing following the success of Four Weddings and a Funeral. Not forgotten is young actress Georgina Cates and the drastic change she made to win the lead role in Newell’s weird film. We marvel at the amount of actors that overlap Mickey Blue Eyes and HBO’s The Sopranos, while estimating that Hugh’s mob comedy may have failed in part thanks to Analyze This. There’s also our comparing Mr. Grant’s big 1995 year to Jude Law’s infamous 2004, mocked by Chris Rock at the Academy Awards. And finally, we enjoy the very honest interviews the actor has given over the years.