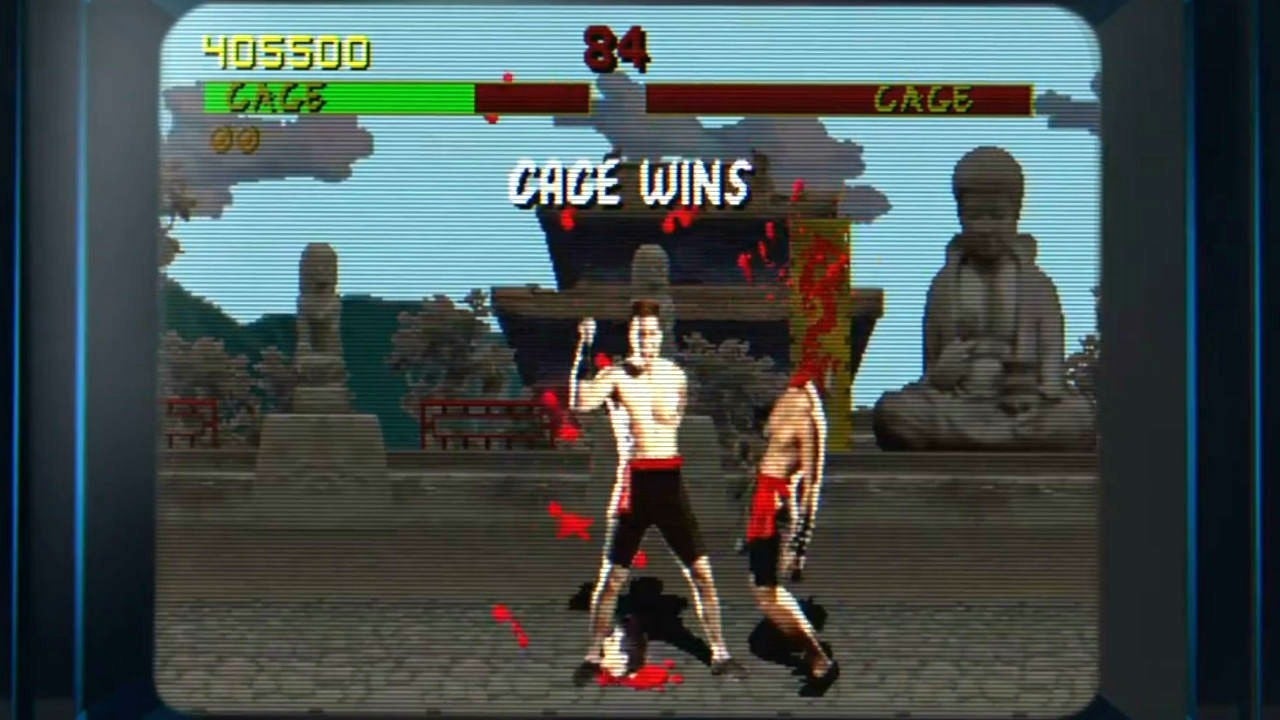 An essential documentary for video game fanatics of a certain age (and perhaps only for that demographic), Insert Coin is a comprehensive look at Williams-Bally-Midway, best known for their over-the-top arcade games like Mortal Kombat, Rampage, and Narc. Director Joshua Tsui enjoys access to the talent that had been at the Chicago firm and created groundbreaking bitmap designs using early motion-capture techniques to add a certain realism in 2D gaming. While the film is a rather in-depth exploration of the personalities at the company, from the executives to designers (along with a few fans including Ready Player One author Ernest Cline), it seems laser-like in its focus on the timeline. One wishes it offered a few more viewpoints along the way with more archival footage to flesh out the cultural landscape beyond the arcade. We’re told early on in an energetic title sequence that Williams was the punk rock band of this era; the energy level of the documentary beyond the screencaps never quite matches what it promises upfront.

That is not to say Insert Coin is without its charms. Along the way we get an early history of storytelling in an era where the arcade token (or quarter) is king and the hooks used along the way to keep players engaged. These include a pleasure dome that didn’t initially exist in Smash TV (a Running Man and RoboCop meets American Gladiators game that offered a commentary on consumerism) to “Rubberbanding,” the heightening of last-minute drama in the widely popular NBA Jam.

The film offers a fun look back at the video-gaming division of Williams (its pinball division is only mentioned in passing), an upstart based in Chicago that enjoyed early success experimenting with motion capture and cinematic forms, thanks in part to Hollywood designer Mark Turmell, working with Eugene Jarvis and George N. Petro. Smash TV and Narc were early coin app hits in an era before home gaming could take off. The company found success in its somewhat unhappy marriage with Bally-Midway, which they acquired at a discount from the Bally gaming and fitness conglomerate.

After the deal they found themselves on the set of Terminator 2, where they discovered a fan in James Cameron who encouraged them to film the video game alongside the film. Using the lead’s stunt doubles and set pieces for motion capture, they created a massive hit that was met with some minor controversy in a moment that Tsui prefers not to lean into. The film mentions, of course, the discussion around video game violence with some archival material and an assortment of commentators (a few who are, in fact, not white males) without further unpacking the zeitgeist. While the film offers some casual commentary on what made Mortal Kombat a cultural phenomenon and so controversial with its over-the-top fatalities, it rarely incorporates voices outside of its own choir.

Insert Coin is a comprehensive history of one company and its cultural impact without considering much of what else is going on outside of gaming, and that perhaps makes it feel a bit dry to those who did not grow up playing Mortal Kombat. The documentary often gets bogged down in the technical details of individual projects, including their later hits Revolution X (staring Aerosmith) to Cruis’n USA (a driving game that found causal fans but little critical success) without embracing much of the cultural moment outside of the office apart from some archival footage. For a film about a “punk rock” company, the form and structure are both played too safe, never fully embracing a kinetic aesthetic.

Insert Coin was set to premiere at SXSW.