Sundance Review: The Go-Go’s is a Definitive, Crowd-Pleasing Portrait 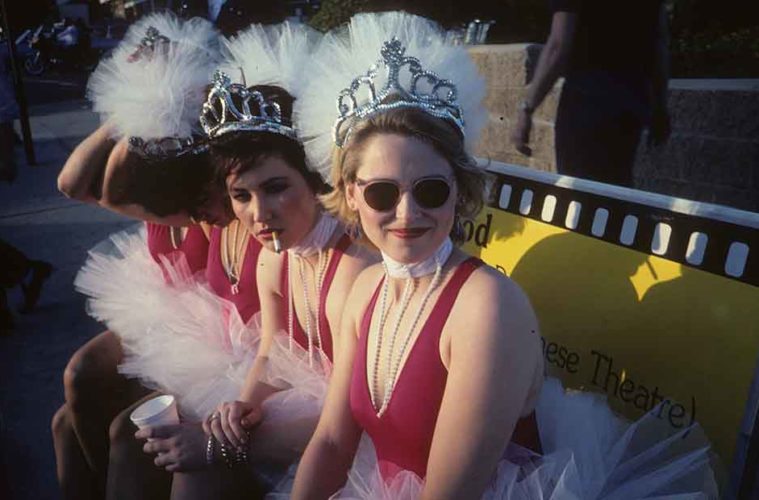 The all-female punk band that defined mall culture in the early 1980s with the opening tune of Fast Times at Ridgemont High, The Go-Go’s are still shockingly kicking ass in their 60s as a new lively, definitive documentary captures. Exploring the winding path from punk rock obscurity in L.A. to pop stardom and the lows between, director Alison Ellwood never misses a beat as the band looks back at how they came together on their own without the intervention of a label cooking them up in an A&R lab. Through interviews with band members, friends, and business associates combined with archival materials, Ellwood’s The Go-Go’s feels as fresh and feisty as their music.

Forming in the late 1970s in L.A. with initial limited success initially, the band hit England on a pub tour with The Replacements before returning home and facing rejection from multiple record labels that did not know what to make of an all-girl punk band. Eventually, they found a supporter in Miles Copeland, who signed the band on April Fools Day to his punk and new wave label IRS Records. Originally the opening act for The Police, The Go-Go’s took on a life of their own thanks in part to MTV and the success of their “Our Lips Are Sealed” video. Originally a joke–made on leftover resources on a shoestring budget–the band hilariously tells us their goal while making the video was to get arrested and have that on film.

The band avoids the sophomore slump with their 1982 album “Vacation,” while a divide grows that comes partially from spending a lot of structured time in close proximity with each other and a disparity between high earners like Charlotte Caffey (who received extensive royalties from publishing) and the others in the band. Caffey, the more straight-laced-appearing member of the band herself faced internal struggles, running down to New York City’s dangerous Alphabet City by herself to score dope at the height of The Go-Go’s success. The film recalls a particularly painful Saturday Night Live performance as the band threatened to implode on itself. In 1984 things come to a head due to drummer Gina Schock’s open-heart surgery and the girls throw a type of going away party for her in Palm Springs before striking out on their own for a time.

Ellwood’s documentary is a whirlwind of facts, performance, and commentary on the band’s time together and future–operating at the breakneck speed of one of their performances. While the rise, fall, and struggle is not unlike other bands chronicled in Behind The Music, the picture doesn’t shy away from the darker elements of the personal and business story. In portraying a revolutionary and trailblazing act, The Go-Go’s comes across first as a comprehensive portrait rather than simple fan service. In the process, the combination of the music, personalities, and a straightforward narrative brings order to the chaos, and the film becomes a rapturous crowd-pleaser.