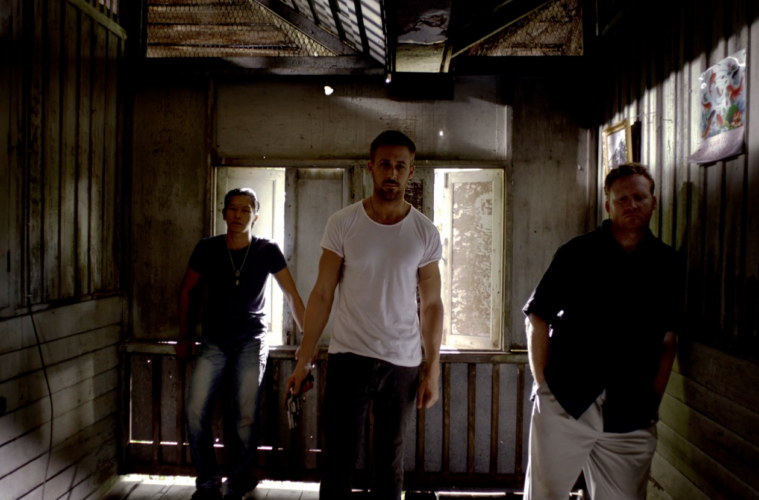 With a seemingly endless amount of streaming options — not only the titles at our disposal, but services themselves — we believe it’s our duty to highlight the recent, recommended titles that have recently hit the interwebs. Every week (or bi-weekly, depending on the worthy selection), one will be able to see the cream of the crop of streaming titles (new and old) across platforms such as Netflix, Hulu, Amazon Instant Video, and more. Check out our rundown for this week’s selections below, and shoot over suggestions to @TheFilmStage.

In 1979, Kramer vs. Kramer explored the growing trend of divorce in America and its effect on families. That same year, David Cronenberg released a far more disturbed take on the phenomenon with The Brood. The sci-fi horror film stars Art Hindle as a father fighting his mentally unstable wife, Nola (Samantha Eggar), for custody of their daughter. As the tension between the couple mounts, Nola undergoes an intensive new therapy with her psychologist (Oliver Reed) in hopes that it will cure her. Instead of improving, however, the situation becomes much worse when monstrous children suddenly appear and terrorize Nola’s family. During the film’s production, Cronenberg was in the midst of his own custody battle, a discomforting fact considering how the mother figure is portrayed. But beyond its personal connection to the director, The Brood is a creepy flick that’s rich with provocative subtext. – Amanda W.

Where to Watch: iTunes

The fleeting, impressionistic design of a Nicolas Roeg movie is so far removed from what 97% of filmmakers ever attempt that, watched in the right mindset, it can be disquieting — how unsurprising, then, that it might create an effective horror picture. But although there are plenty of creeps and jolts to be found in this blast from the past, Don’t Look Now is a film which favors the horror of guilt over the harm of a knife-wielding maniac, at its heart a story of emotional reconstruction and personal forgiveness. Bringing soul to the piece are Donald Sutherland and Julie Christie, whose turns as shattered human beings are especially well-suited to Roeg’s patchwork proclivities as a storyteller. This is a title like none that have come before, and it’s hard to imagine others trying the same anytime soon. – Nick N.

Don’t get me wrong: G.I. Joe: Retaliation is one of the most unabashedly dumb movies of 2013. But if you’re looking for mindless entertainment, this sequel is ahead of its predecessor, as well as a great deal of other actioners in the same vein this year. Director Jon Chu, showing off his talents for kinetic editing in Justin Bieber: Never Say Never (I’m not kidding — give it a watch), transfers it effectively to this tightly paced, silly action vehicle. While Channing Tatum only shows up briefly, one also has this year’s mega-star, Dwayne “The Rock” Johnson riding things out until the end. One can check it out now on VOD services ahead of a Blu-ray release. – Jordan R.

Where to Watch: Amazon Video

This criminally under-appreciated dark comedy from director Harold Ramis features stand-out turns from both John Cusack and Billy Bob Thornton, two crooks who have no one to trust, themselves included. Set during a dreary Christmas holiday in Wichita Falls, this neo-noir sports sharp dialogue rarely allowed in the cinema these days. – Dan M.

The Coen Brothers go full screwball here as George Clooney and Catherine Zeta-Jones go cat-and-mouse playing a divorce lawyer and a serial divorcee, respectively. Initially dismissed as a minor work from the seminal filmmaking duo, the film has begun to get its due as a master class in a now-long lost brand of physical comedy. – Dan M.

There’s little way to look at it: Only God Forgives is a thoroughly minor career entry — if not, however, a poor or overtly familiar one. While Nicolas Winding Refn often shows himself to be infatuated with the comic absurdity of violence — even the aftermath of Drive’s elevator scene is worth a chuckle — its corresponding brutality is, here, taken to a different height, frequently imparting the sense of a darker-than-night comedy about the worst familial strain we could dare dream up. It works, for the most part, a soft register be damned. Credit, too, for avoiding the easy route: this is not the film most would’ve made after they landed themselves in multiplexes, even more so when one of the world’s most famous men is positioned as your central star. – Nick N.

Where to Watch: Amazon Video

Perhaps the silliest (and most entertaining) of the 1970s paranoid, our-government-is-out-to-get-us sub-genre, this thriller (directed by a very game Alan Pakula) stars Warren Beatty as nosy reporter Joe Frady, who digs a little too deep into a particular conspiracy theory. Once people start dying, Frady tries to get out, but they pull him back in, and so on and so forth. – Dan M.