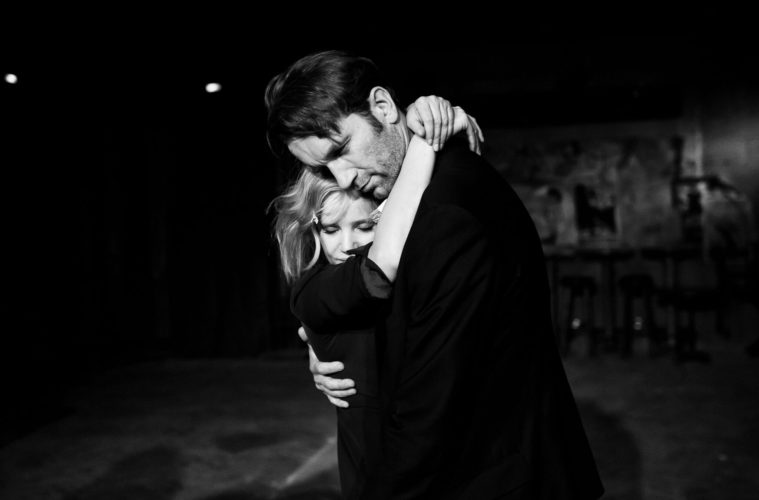 New to Streaming: ‘Cold War,’ ‘Dragged Across Concrete,’ ‘The Mule,’ and More

With Bumblebee, director Travis Knight and writer Christina Hodson weave together two different movies: 1) A sensitive, familiar riff on E.T. about a young girl who, struggling with the recent death of her father, regains her confidence through a clandestine friendship with an alien and 2) A less bombastic version of a Michael Bay-helmed Transformers movie, complete with Autobot vs. Decepticon lore, mechanical fight scenes with grinding metal sounds high in the mix, explosions, etc. To their credit, Knight and Hodson semi-seamlessly combine both movies without too much tonal clash. It’s just a shame that the end result never amounts to more than a “fine,” “not bad,” “better-than-mediocre” studio picture despite the talent involved. – Vikram M. (full review)

Where to Watch: Amazon, iTunes, Google

A heart-wrenching love story crushed under the yoke of geopolitical events and sublimated into something tragic and ethereal: Paweł Pawlikowski’s stunning Cold War bursts with the ineffable timelessness of the classics, and ultimately transcends its own time and space. Watching Joanna Kulig’s Zula and Tomasz Koi’s Wiktor dance through their pan-European exodus is to witness a journey orphaned by a devastating sense of loneliness, one that swells the screen into something majestic and universal. – Leonardo G.

Where to Watch: Amazon Prime

Anyone transfixed by the hyper-stylized meathead triumph of blood and violence of Brawl in Cell 99 should be warned. Dragged Across Concrete, S. Craig Zahler’s third feature, is comparatively much tamer than his 2017 prison drama. But where the new entry lacks in bloodshed and bone-splintering violence, it still confirms Zahler’s penchant for complicated characters, and conjures up a bad cops action movie which, despite blips in tension and a second half far superior to the first, crystallizes Zahler’s as a key name to watch for lovers of the genre. – Leonardo G. (full review)

Where to Watch: Amazon, iTunes

On her prom night, Cameron Post (Chloë Grace Moretz) gets caught making out with her high school girlfriend in the parking lot, resulting in her parents sending her off to God’s Promise, a gay conversion therapy camp. Featuring weeks of religious gaslighting in which those in charge not only you tell you the desires of your heart are immoral, but homosexuality itself doesn’t even exist, The Miseducation of Cameron Post provides a tender, well-rounded, if not entirely successful look at the emotionally abusive experience. – Jordan R. (full review)

Where to Watch: HBO Go

Clint Eastwood’s The Mule stands in contrast with his earlier 2018 project, 15:17 to Paris; the latter about young men beginning their hero’s journey, and the former about an old man paying the monetary and spiritual price for his own. Eastwood’s own storied career as a filmmaker, former mayor of Carmel-by-the-Sea, and father of eight adds a layer of subtext inaccessible to artists half his age. Via his character Earl, Eastwood places himself on screen for a dissection like no other 88-year-old American filmmaker before him. – Josh E.

Where to Watch: iTunes, Google

The Launch of OVID.tv

Where to Watch: OVID.tv

Not to generalize an entire mode of storytelling, but documentaries usually offer some of the most fascinating stories in cinema. Yet rarely do I expect something as jaw-droppingly gorgeous as Samsara. Ron Fricke’s long-in-the-making journey across the world will open your perspective on not only unforeseen locations, but the human experience itself, confronting us with both the unsettling facts of life and raw natural splendor. While I can’t imagine a viewing on HD on Amazon Prime will match up to a theatrical showing, it’s now available to stream. – Jordan R.

Where to Watch: Amazon Prime