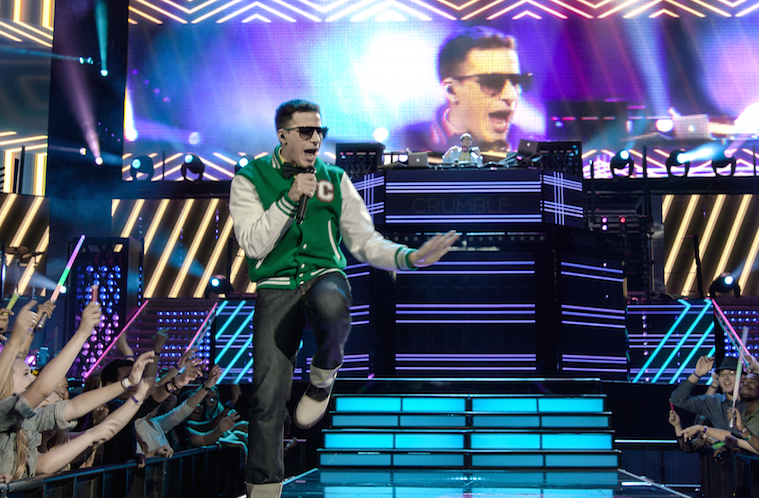 With the arrival of The Lonely Island‘s new mockumentary Popstar: Never Stop Never Stopping, a hilarious skewering of the ridiculousness of our current popculture landscape, we also get a brand new album from the band, comprised of Akiva Schaffer, Andy Samberg, and Jorma Taccone. If you haven’t seen the film, however, I’d read no further and return upon leaving the theater as some of the cameos will be ruined for you.

Made up of 28 eight tracks (a few of which are dialogue bits), it includes guest spots from Adam Levine, Pink, Emma Stone, Akon, Linkin Park, and for the finale, Michael Bolton. We said in our review of the film, “Samberg and company are keen observers of pop culture and every facet of its insanity, doing their very best to out-size that which already feels larger than logic. They don’t always succeed, but when they do, it’s more than worth it.”

Check out the full album below thanks to Spotify, and music videos thus far if you missed them.