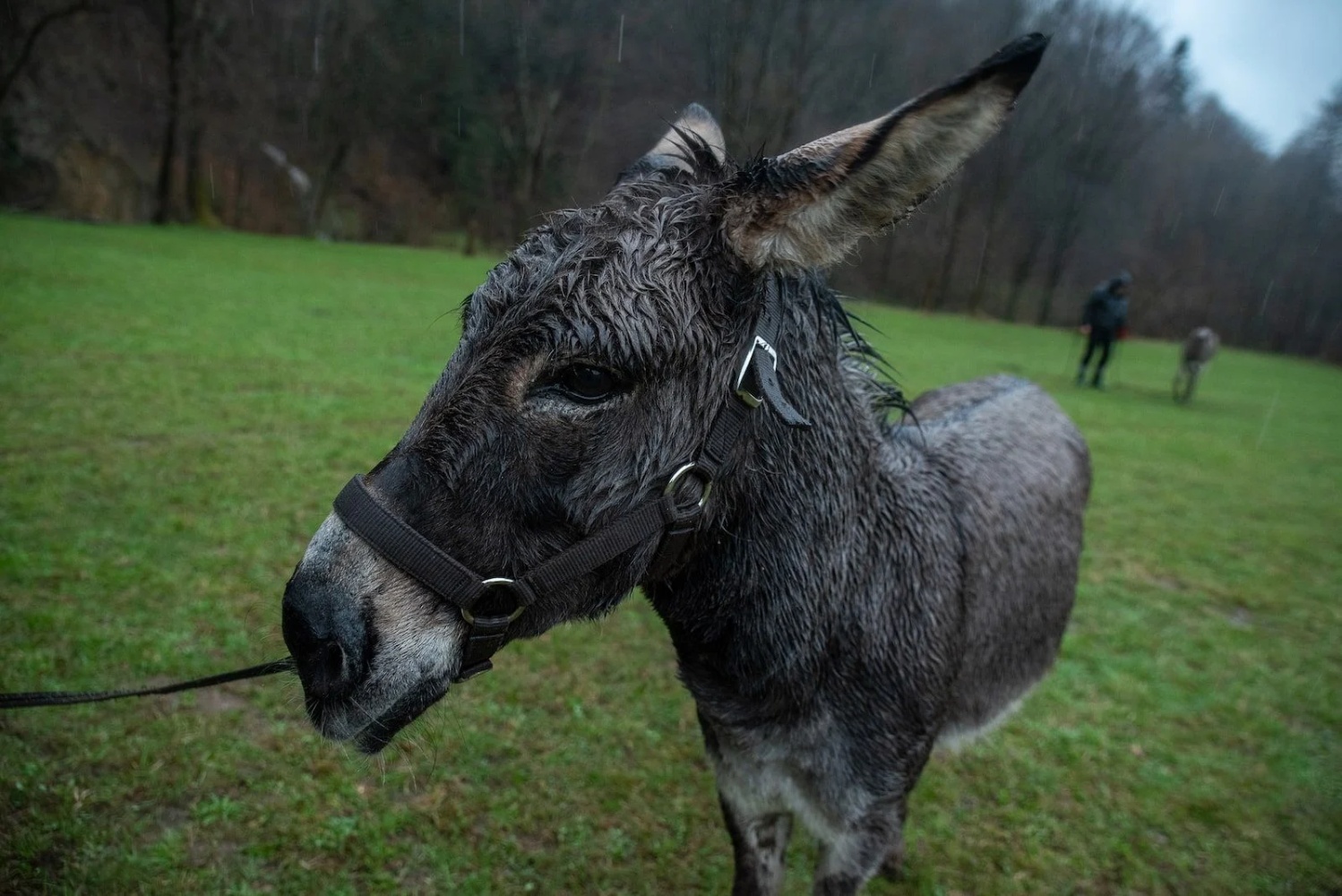 The words “Bressonian joy” are rarely deployed, but from Cannes onward we’ve heard almost exclusively great things about Jerzy Skolimowski’s Eo, a Balthazar spin that earned the 84-year-old director a Jury Prize and seemingly endless best-of-the-fest listings. Needless to say the wait for its opening has been felt.

Ahead of a November 18 release from Janus and Sideshow—their first since Drive My Car—we have a trailer for Skolimowski’s film, though I’d suggest holding out just a bit longer before seeing much else. As David Katz said in his review, “The barrier of language and gulf of understanding between man and animal is the subject of the quite wondrous Eo, a true surprise from the great Polish filmmaker Jerzy Skolimowski, now enjoying his mid-80s. It is adapted—freely inspired may be a better term—from Robert Bresson’s iconic 1966 film Au Hasard Balthazar; from Eo’s opening minutes any memory or sense of that masterpiece’s forbidding stature is banished—we’re dealing with quite a different animal here. No, it isn’t as good. But it’s different, and a companion piece that flatters both that film and itself.”

With his first film in seven years, legendary director Jerzy Skolimowski (Deep End, Moonlighting) directs one of his most free and visually inventive films yet, following the travels of a nomadic grey donkey named EO. After being removed from the traveling circus, which is the only life he’s ever known, EO begins a trek across the Polish and Italian countryside, experiencing cruelty and kindness in equal measure, all the while observing the follies and triumphs of humankind. During his travels, EO is both helped and hindered by a cast of characters that includes a young Italian priest (Lorenzo Zurzolo), a Countess (Isabelle Huppert), and a rowdy Polish soccer team. Loosely inspired by Robert Bresson’s Au hasard Balthazar, and featuring immersive, stunning cinematography by Michal Dymek coupled by Pawel Mykietyn resonant score, Skolimowski’s film puts the viewer in the perspective of its four-legged protagonist. EO’s journey speaks to the world around us, an equine hero boldly pointing out societal ills, and serving as warning to the dangers of neglect and inaction, all while on a quest for freedom.