In the Heights Review: A Joyous Musical Adaptation With Only a Few Missteps 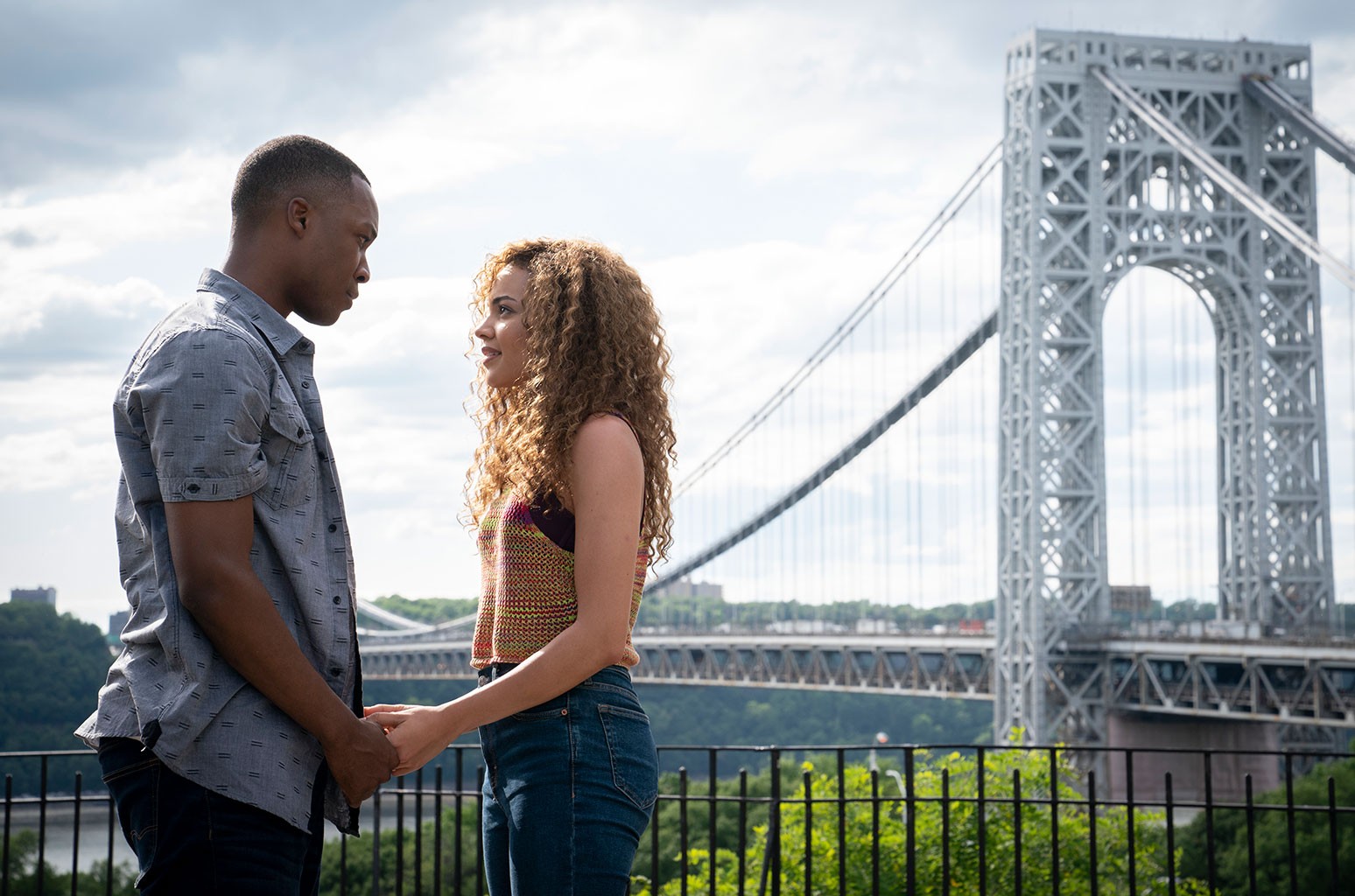 There’s a casual decadence to the films of Jon M. Chu, an energy about them that is irresistible to watch. Whether the director is indulging in absurd magic tricks, grandiose weddings, riveting action, or exquisitely choreographed and performed song-and-dance numbers, there is an almost effortless extravagance to his work as a filmmaker. Having been suited to spectacle from the get-go, his adaptation of In the Heights is proof that the movie musical isn’t dead––it simply needed a little flavor.

From its opening notes, In the Heights feels like a breath of fresh air, its upbeat first number not just introducing its characters, but inviting viewers to be a part of the community being highlighted. Chu begs the audience to step up and dance along, with the endlessly charismatic Anthony Ramos taking the lead as Usnavi, the film’s narrator and owner of a bodega in Washington Heights. The story takes us through one of the hottest summers in the lives of the characters of the block: Nina (Leslie Grace) returning home after dropping out of Stanford; Vanessa (Melissa Barrera) and her passion for fashion and getting out of el barrio; Benny (Corey Hawkins) who dreams of owning his own business; Daniela (Daphne Rubin-Vega), moving her business to the Bronx after being priced out; and many more.

In bringing Lin-Manuel Miranda and Quiara Alegría Hudes’ hit stage show to the big screen, director Chu & screenwriter Hudes (adapting her own book), translate the appeal of the stage show to screen with only a few missteps. Some liberties are taken when it comes to the arrangement of numbers and certain characters are sidelined, but the frustrations are limited; a rare flash of green screen here, some underwritten characters there. A bit heavy-handed at times with its messaging, the character of Sonny is lazily used to discuss undocumented citizens, and the removal of characters like Nina’s mother robs some impact (an especially odd choice when paired against Miranda’s overlong and distracting cameo as the Piragua Guy). Benny and Nina suffer the most, in part because Hawkins isn’t charismatic enough to elevate a paper-thin character when placed against a star like Grace, and in part because the absence of numbers about their relationship (especially the impacting “Sunrise”) leaves them with an awkward and frankly unfinished story.

However, the film also shows how well revisions can work. In the case of Abuela Claudia — one of the play and film’s most compelling figures, beautifully portrayed once again by Olga Merediz (who played the role on Broadway) — it completely recontextualizes “Paciencia y Fe,” her number about good fortune coming to those who wait. The song — inarguably the film’s show-stopping number with some of the best direction a musical set piece has had in decades––becomes a poetic elegy about life being magnificent on its own terms, even through all the hardship, when one surrounds themselves with their chosen family. Small shifts like this one and moving Nina’s “Breathe” a few minutes back so that there’s more context and power to her disappointment in herself (made all the more powerful by Chu’s juxtaposition of an anxious adult Nina with her carefree memory of herself as a child) make a mountain of difference for a more poignant arc for the journeys of our characters.

In The Heights is, at its core, a film with set pieces as large and full as its heart. When Chu leans into his maximalist tendencies, the musical is at its most engaging. Much of this is reserved for the film’s first act, leaving its back half a touch lackluster by comparison, and the same can be said for the stage show, though not in any damning way for either iteration of the production. Some may fault the filmmaker for his penchant for cuts, but Myron Kerstein’s editing here, attuned to the tempo of the music in practically every way, is part of the charm. There is as much visual pleasure in watching his characters sing within a bodega as there is in witnessing how he transforms salons and pools into massive performance spaces.

An underwhelming song like “When the Sun Goes Down” becomes a dreamy, well-staged dance against the side of a building and a tune as arguably frivolous as “No Me Diga” becomes even more delightful as the film embraces the liveliness of a salon, going as far as to allow wigs on mannequin heads to turn their heads at all the hot gossip. Set pieces like “The Club,” “Blackout,” “Carnaval del Barrio,” and “96,000” — featuring dozens of dancers and nodding to Busby Berkeley and his synchronized swimmers—place emphasis on the film’s sense of community outside of its main and supporting characters through dance, letting its choreography breathe on screen as opposed to disrupting its flow with ill-timed edits.

What few flaws In the Heights has are easy to overlook when being handed a musical as passionately and tactfully mounted as this one. It’s a playful tribute to the community of immigrants it lovingly represents, performed with effusive charisma by its talented cast, likely to win over any viewer wishing to partake in all the joy it has to offer.

In the Heights opens in theaters and on HBO Max on June 11.