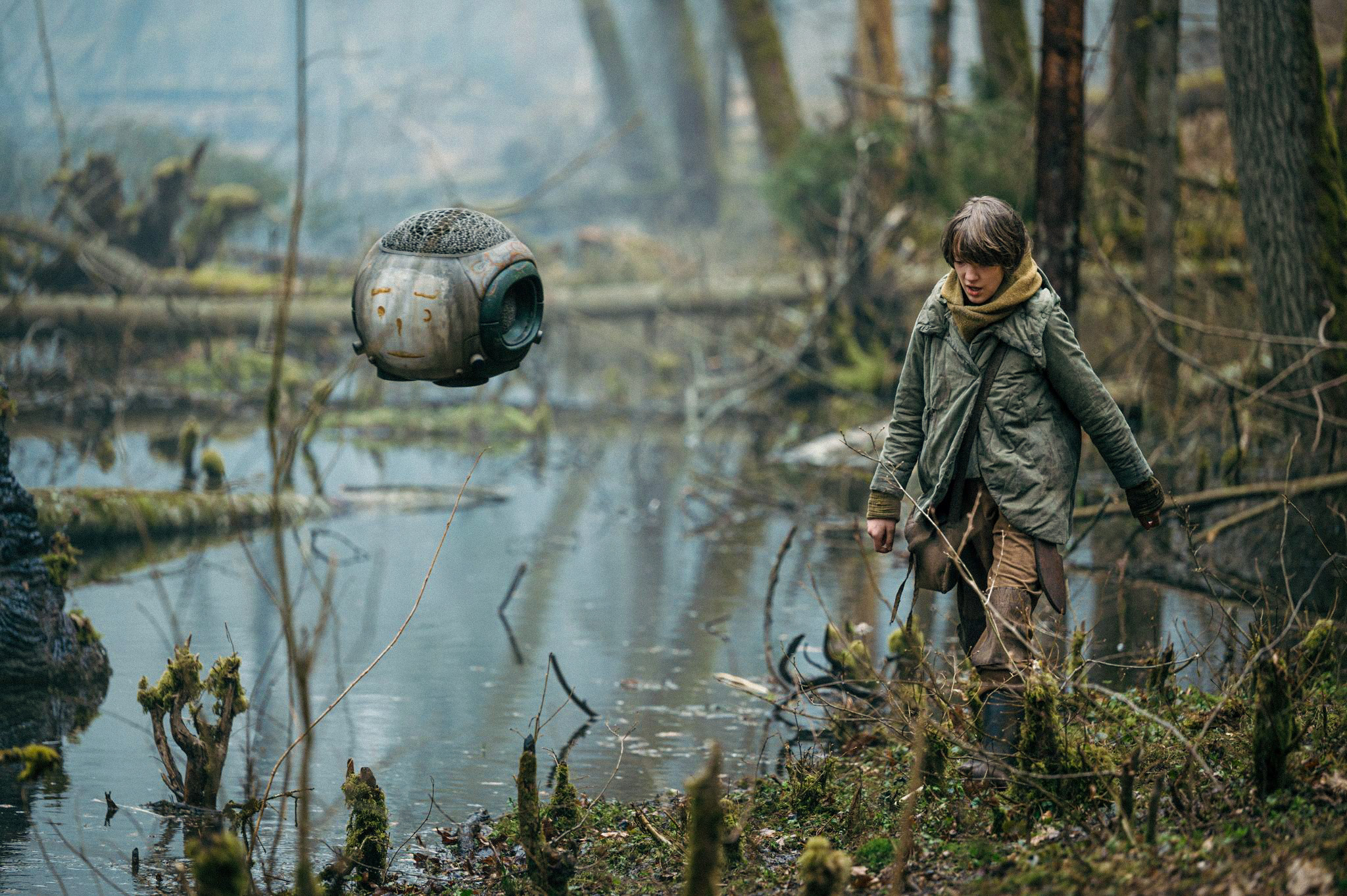 If Hollywood’s sci-fi outings have left one a bit disappointed in terms of a lack of imagination, a more grounded genre outing looks to hit the mark. Lithuanian director Kristina Buozyte’s new feature Vesper, which world premiered at Karlovy Vary, stars Raffiella Chapman, Eddie Marsan, Rosy McEwen, and Richard Brake in a tale of survival set after the collapse of the Earth’s ecosystem. Ahead of a September 30 release from IFC Films, the new trailer has now arrived.

Scripted by Bruno Samper, Brian Clark and Kristina Buozyte, the film follows Vesper (Chapman), a headstrong 13-year-old girl who uses her survival skills to subsist in the remnants of a strange and dangerous world with her ailing father, Darius (Brake). When Vesper finds a mysterious woman, Camellia (McEwen), alone and disoriented after an aerial crash, she agrees to help find her missing companion in exchange for safe passage to the Citadel – the dark central hub where oligarchs live in comfort thanks to state-of-the-art biotechnology. Vesper soon discovers that her brutal neighbor, Jonas (Marsan), is searching for Camellia, who is harboring a secret which could change all of their lives forever. Forced into a dangerous adventure, Vesper must rely on her wits and bio-hacking abilities to unlock the key to an alternate future.

Vesper opens in theaters and on VOD on September 30.