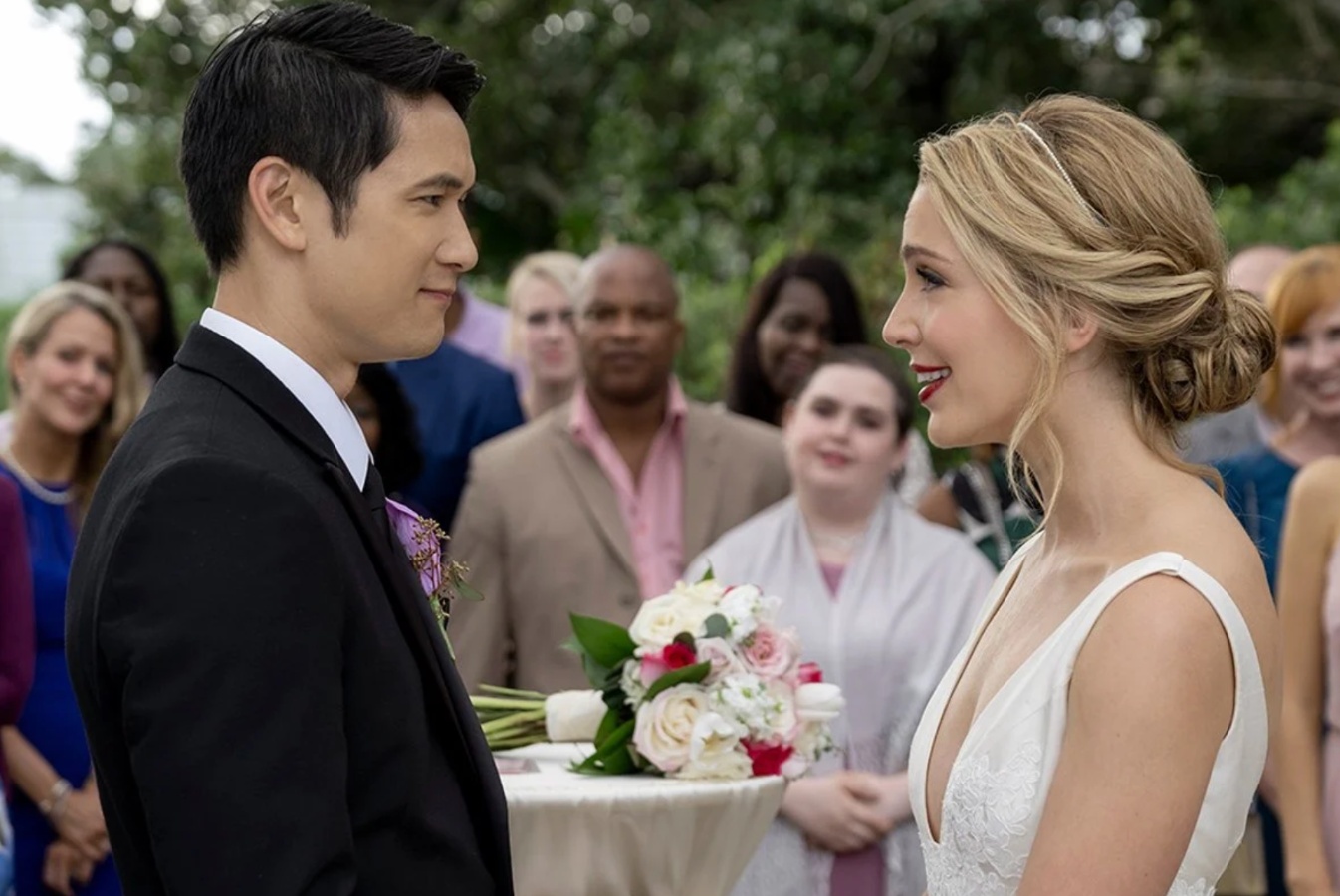 Inspired by real-life couple Jennifer Carter and Solomon “Sol” Chau, All My Life is the sanitized, sanded-down version of what probably would have been a very interesting documentary that wouldn’t require the sugary artificiality of a script that feels like it was written by a mall focus group recruited exclusively from customers of Williams Sonoma and Pink by Victoria’s Secret. In this narrative version, Carter (Jessica Rothe) and Chau (Harry Shum Jr.) are imagined as twenty-somethings living their lives in search of “something more” as Jennifer’s voiceover tells us upfront.

Jennifer is a student who never seems to have any professional interests; Sol works first in marketing but has a true passion for food. While out a sports bar with friends, Jennifer and Solomon bond over a margarita and decide to meet up for a run and a trip to the farmers market the next day, where they bond over an instrumental rendition of Oasis’ Don’t Look Back in Anger, lavender candles, and Zucchini poppers from Sol’s buddy’s food truck. You know, the stuff worthy of Instagram influencers.

After a few dates and some professional stress faced by Sol, Jennifer soon invites him to move into her luxury apartment for young professionals in an anonymous hipster neighborhood that she can barely afford––remember, Jennifer doesn’t have a job or seemingly any interest in a career at all. The trade-off is Sol won’t give up on his dreams of becoming a chef and now that he’s given up his place, he can finally follow his dreams and quit that marketing gig he hates.

Directed by Marc Meyers, a filmmaker who’s previous romantic drama How He Fell In Love was filled with richer nuance, All My Life is far from a subtle character study mixing tones first as an upbeat, yet humorless romantic comedy and later as a sentimental drama with feel-good moments that feel awfully forced with long monologues about how they’ve changed each other’s lives. While Rothe and Shum make for an attractive couple, the lack of character development and reality grows utterly distracting as Sol is diagnosed with liver cancer that he at first seems to beat.

After a cheesy engagement, they start planning a small affair which is quickly escalated by their friends as Sol’s diagnosis takes a turn for the worst. The over-the-top writing of course includes friends who lecture the couple on it being “now or never” while they raise the money through bake sales, brewery fundraisers, and a GoFundMe to throw them a wedding.

All My Life recalls the formula employed by Hallmark Originals, which have predictable beats, lack nuance, and are a kind of cinematic comfort food––this is the cinematic equivalent of drinking your Carmel Frap while crying your eyes out to the new Halsey album. Meyers and screenwriter Todd Rosenberg leave no cliché untapped, from cute dogs to the couple spontaneously jumping into a fountain. What is so patently offensive about the picture is how thin many of these characters are despite how charismatic the leads may be. They are given very little to work with in a glossy film that seems more or less about pleasing that mall focus group rather than genuinely moving or challenging them.

All My Life is now in theaters.