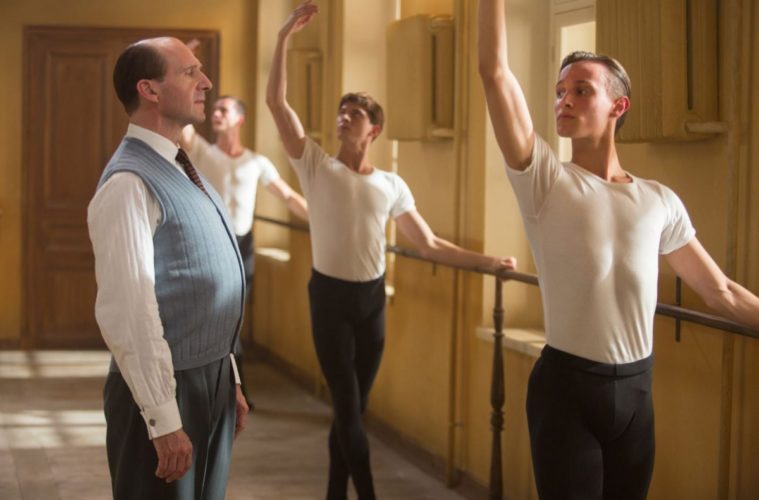 ‘The White Crow’ Trailer: Ralph Fiennes Brings the Lord of the Dance to the Silver Screen

Ralph Fiennes returns behind the camera (and in front) for his third directorial effort as he brings audiences the provocative story of Rudolf Nureyev, played by newcomer Oleg Ivenko. The film conveys the tale of Nureyev’s defection from the Soviet Union, his trajectory in Paris with the current political climate boiling over, and to his eventual rise to become the Lord of the Dance, ultimately being the greatest male ballet star of his generation.

“There are many biographies of Nureyev, but I became acquainted with a biography by Julie Kavanagh written in 2007,” stated Ralph Fiennes. “I read the first six chapters, which dealt with Nureyev’s student years, leading up to the moment of his defection in 1961. I have to say that I had no interest in ballet as such, but what this biography introduced me to was the force and the spirit of this young artist from this poor background, who had a deep inner conviction of his destiny as an artist and a dancer.”

Following Fiennes’ Coriolanus and The Invisible Woman, this trailer looks promising for his burgeoning directorial career and promises to be an engrossing experience. The film co-stars Adele Exarchopoulos and will be distributed by Sony Pictures Classics in 2019 after a U.K. release this March. See the preview and poster below (via HeyUGuys) for the David Hare-scripted film.

Rudolf Nureyev, a remarkable young dancer of 22, is a member of the world-renowned Kirov Ballet Company, travelling to Paris in 1961 for his first trip outside the Soviet Union. But KGB officers watch his every move, becoming increasingly suspicious of his behaviour and his friendship with the young Parisienne Clara Saint. When they finally confront Nureyev with a shocking demand, he is forced to make a heart-breaking decision, one that may change the course of his life forever and put his family and friends in terrible danger.