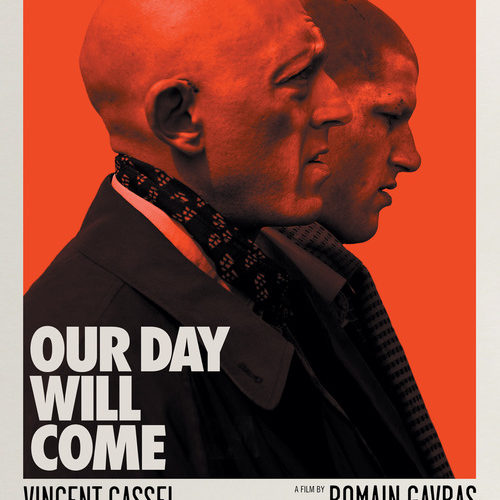 [Review] Our Day Will Come

Europe possesses a couple vocabulary words that we Americans wouldn’t take seriously if heard uttered in conversation. There’s a prejudice across the Atlantic—especially in England—against redheads that has coined the terms “gingerphobia” and “gingerism” as a form of hate crime. While the Middle Ages designated the “affliction” as the sign of a witch, werewolf, vampire, or other evil creature with mystical powers and insatiable sexual desire to be feared and disparaged, one would think such assumptions laughably impossible today in the 21st Century. But even though racial inequality groups refuse to treat redheads as a people worth monitoring and protecting in this manner, they’re still bullied to the point of suicide, targeted for harassment, and sometimes even killed for simply having a genetic mutation that plagues just 1-2% of the population. To be honest, the discovery of this phenomenon’s existence blew my mind back in 2010 after watching Romain Gavras‘ divisive music video for M.I.A’s “Born Free.” It’s politically charged expression of discrimination, brutality, and segregation on behalf of redheaded children made me uncomfortable in its unflinching savagery, as well as admittedly humored by what I thought to be a made-up prejudice escalating harmless schoolyard ridicule towards the horror of Nazi Concentration Camps for effect. Once I learned it wasn’t a joke—that redheads face abuse for something as innocuous as the color of one’s hair—the absurdity of that thought process hit me. No less absurd than religion, race, or ethnicity, the fact it was depicted in direct response to the senseless killing of Tamil males by the Sri Lankan army only made its commentary more powerful.

This brings me to Gavras’ feature directorial debut Notre jour viendra [Our Day Will Come] and its pair of troubled French redheads looking for payback along their hastily hatched venture to escape to Terre de Rêve, Ireland—the Land of Dreams. Rémy (Olivier Barthelemy) is shy, bullied, and submissive to a fault whether at home or in school; Patrick (Vincent Cassel) is a bored psychiatrist no longer able to hide his indifference with patients. Their meeting was a stroke of fate as the latter’s commute just happened to pass the former’s house as it swarmed with police due to Rémy roughing up his mom before running away. Patrick catches up, offers a ride, and eventually witnesses firsthand the cruelty of his peers. Recalling his own childhood torment, something snaps and Patrick decides to take back their dignity.

The way he chooses to do so is throwing Rémy into circumstances that force him to stand up for himself. Whether starting a bar fight, telling a couple girls the boy’s a Russian kickboxer, or berating a car salesman to the point of rage so his bosses practically give a red Porsche away to avoid lawsuit, Patrick finds his outlet for fun and sinks in his teeth. But as the day progresses and Rémy opens up, he realizes his life is still the drab existence created over years of his own submission. At a certain point the boy gains control, taking Patrick’s lead and running with it now that he’s no longer alone. They buy new suits and a crossbow, battle depression and homophobic slurs, and enjoy a night of debauchery with skinny-dipping co-eds up for practically anything.

None of it matters though in the grand scheme of things as they’ve already resigned themselves to associating with the color of their hair and no amount of unbridled insanity will change that fact. Rémy cannot escape the ridicule and Patrick is helpless against the aggression that comes out when not held in check by societal norms. And even though Patrick scoffs at Rémy’s idea to escape to Ireland by riling him up to choose between running away or becoming a Messiah to lead his nation-less people to glory, he knows immigrating may be the only way to find a home that accepts him as who he is. This realization hovers above their actions as fun turns dangerous and victims become bullies with a bloody culmination of unprovoked warfare on the way to “freedom.”

More than just bearing a resemblance to “Born Free,” one can also see similarities to Romain’s—the son of renowned auteur Costa-Gavras—video for Jus†ice‘s “Stress.” The remorseless carnage depicted there is mirrored in Rémy’s descent towards the dark side of his mind where fantasies of going into school and shooting his classmates reside. Whether his temper flipping on and off like a switch or Patrick’s manic-depressive state wherein he’s putting his face between two twenty-year old girls’ breasts with a smile one second and dousing them in alcohol before flicking a match onto their chests the next, the line separating morally destructive and morally bankrupt is crossed more than once as actually morality is nowhere to be seen. Self-defense turns to vengeance, vengeance to survival, and survival to all-out crusade.

Both Cassel and Barthelemy shift from stone-faced sociopaths to wounded and vulnerable lambs before that naked exposure increases the murderous fury. Gavras instills a tonal severity that contrasts the seemingly satirical subject in a way that makes you hate yourself for thinking it no big deal while also understanding the many faces racism takes. Even young Chloé Catoen—a silent, nine-year old bystander staying at their hotel—knows the pain from being ginger and overweight, tastily smiling when Patrick hurts the promiscuous girls she’s shown vitriol towards from the start. Maybe the joke about redheads being soulless is true or maybe the stereotype is a result of being cornered until there’s no choice but to fight back. At some point survival trumps everything whether the threat is real or imagined. Either way, the pushback will take no prisoners.