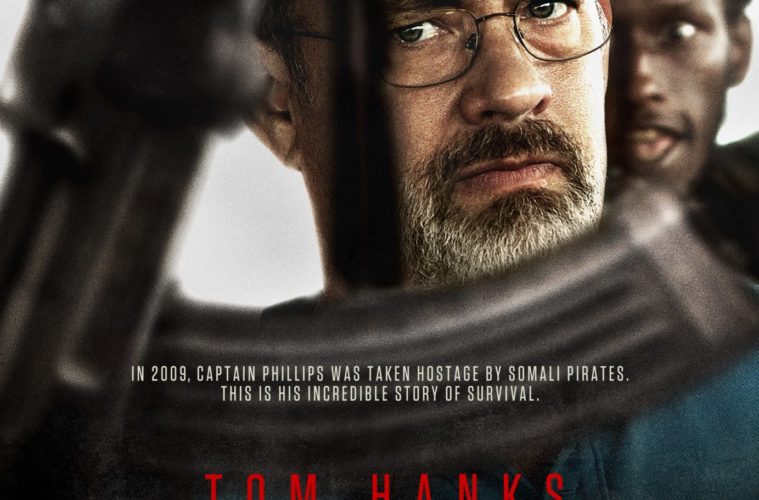 After opening with Ang Lee‘s Life of Pi last year, The Film Society of Lincoln Center are heading back out to sea for the 51st edition of New York Film Festival. They’ve announced today that Paul Greengrass‘ hostage drama Captain Phillips will be the opening night feature of the festival, tracking Tom Hanks‘ character and the true story of the 2009 Somali pirates hijacking of the MV Maersk Alabama. So, for those wondering why the film was missing from the TIFF and Venice line-ups, your answer has been found. Check out the official press release below, as well as two new posters and stills, and the trailer here if you missed it.

NYFF’s Director of Programming and Selection Committee Chair, Kent Jones said, “CAPTAIN PHILLIPS is a riveting experience. At this point in his working life, Paul Greengrass has become a master of immersive reality-based narratives set along geopolitical fault lines – in this case, the 2009 seizure of the Maersk Alabama cargo ship by four Somali pirates. I’m excited that this tough, tense, real-life thriller, capped by the remarkable performances of Tom Hanks and four brilliant first-time Somali actors (Barkhad Abdi, Faysal Ahmed, Barkhad Abdirahman and Mahat M. Ali), is opening the 51st edition of the festival.”

CAPTAIN PHILLIPS is—through Greengrass’s distinctive lens—simultaneously a pulse-pounding thriller and a complex portrait of the myriad effects of globalization. The film focuses on the relationship between the Alabama’s commanding officer, Captain Richard Phillips (two-time Academy Award® winner Tom Hanks), and his Somali counterpart, Muse (Barkhad Abdi). Set on an incontrovertible collision course off the coast of Somalia, both men will find themselves paying the human toll for economic forces outside of their control. From a screenplay by Billy Ray, CAPTAIN PHILLIPS is based upon the book, A Captain’s Duty: Somali Pirates, Navy SEALs, and Dangerous Days at Sea, by Richard Phillips with Stephan Talty. The film is produced by Scott Rudin, Dana Brunetti, and Michael De Luca. The Sony Pictures release is due in theaters October 11.

The screening will mark Greengrass’s return to NYFF following his film BLOODY SUNDAY in 2002.

“It is a pleasure to welcome back Paul Greengrass to the New York FIlm Festival with the world premiere of his gripping drama CAPTAIN PHILLIPS,” said. Rose Kuo, the Executive Director of the Film Society of Lincoln Center. “Tom Hanks is terrific at capturing the vulnerability, terror and heroism of the harrowing journey of CAPTAIN PHILLIPS.”

FilmLinc Daily Managing Editor Brian Brooks spoke with Greengrass about CAPTAIN PHILLIPS, the film’s selection for NYFF’s Opening Night Gala and looking ahead to the debut of the film. That interview can be found at Filmlinc.com

General Public tickets will be available September 8th. Subscription Packages and VIP Passes for the New York Film Festival are on sale now to Film Society Members. There also will be an opportunity for Members to purchase single screening tickets in advance of the General Public. For more information about becoming a Film Society Member visit Filmlinc.com/support/home. More ticket information for the New York Film Festival will be available mid-August on Filmlinc.com/NYFF.