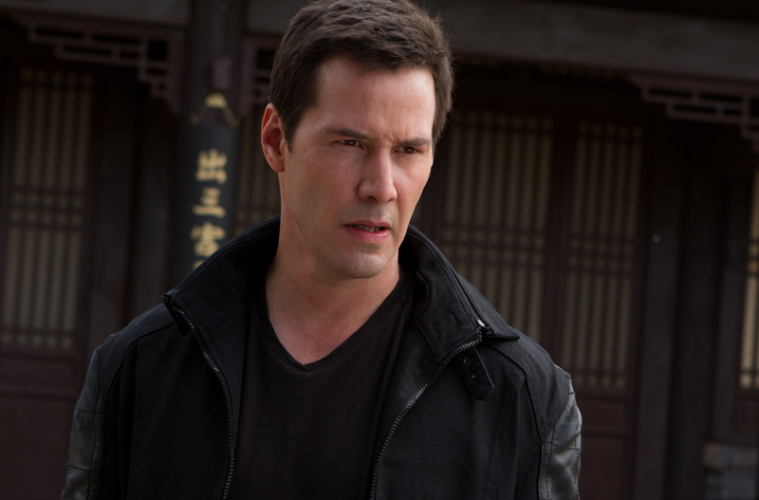 With a seemingly endless amount of streaming options — not only the titles at our disposal, but services themselves — we believe it’s our duty to highlight the recent, recommended titles that have recently hit the interwebs. Every week (or bi-weekly, depending on the worthy selection), one will be able to see the cream of the crop (or perhaps some simply interesting picks) of streaming titles (new and old) across platforms such as Netflix, iTunes, Amazon Instant Video, and more. Check out our rundown for this week’s selections below, and shoot over suggestions to @TheFilmStage.

A faux documentary set at a man versus chess computer tournament, Andrew Bujalski returns with a completely original and often hilarious comedy. Shot on vintage Sony AVC-3260 black and white video cameras, this comedy explores various team members and officials who regulate the tournament including my favorite, Papageorge (Myles Paige), who gives one of the funniest deadpan performances of the year. – John F.

The Kings of Summer (Jordan Vogt-Roberts)

Joe Toy (a convincing Nick Robinson) is fed up with his father’s (Nick Offerman) strict, character-building single parenting and is desperate to find a way to escape. After a brief night of partying, along with his friend Patrick (Gabriel Basso) and an odd, but endearing schoolmate named Biaggio (Gabriel Basso), he happens upon an undisclosed area in the woods and an idea sparks. In order to escape from his seemingly constrictive lifestyle he sets out to build a secret house, only for this small group of people, but as emotions get involved things begins to escalate. While The Kings of Summer could use some tightening, it is convincing declaration that Jordan Vogt-Roberts has a style like few other directors in the genre, and one can only hope he can bring new life to Hollywood’s conventional comedic landscape. – Jordan R.

A thought seems to run throughout Leviathan: “Why does this exist?” For all the impressive fish-gutting, water-bobbing GoPro cameras and incomprehensible fishermen mumbling, it seems to a degree difficult to decipher its “point” so to speak. Yet in its frequent spatial disorientation, taking us more than often too close for comfort, to the point that we’re never really observing (except for in the instance of one sleepy fisherman), but rather smashed against its subject, some kind of new visual language seems to be found, or rather searched for. Overall, it’s a film that’s abrasive musicality is, if not punk rock, then — maybe more appropriately with its clanging chains — heavy metal. – Ethan V.

While we stray away from television coverage on the site, we’d be remiss if we didn’t give a shout-out to one of the format’s finest offerings. Airing on FX, Louis C.K.‘s aptly titled Louie is one of television’s smartest, perceptive and surprisingly touching shows. Although the next season won’t air until spring of 2014, one can catch up with its third go-around, which is now streaming in its entirety on Netflix. – Jordan R.

Like a ride straight out of the Hong Kong cinema of yesteryear, Man of Tai Chi is a silly entertainment that, alternately, plays with serious themes in an engaging manner — not that these have much effect when the fights and stunt choreography in Keanu Reeves‘ directorial debut are superb. You’d expect that from legendary fight coordinator Yuen Woo-ping, yet it’s more worthwhile to note that how the actor, nearly fifty, has become even more nimble as years go by. Reeves directs, too, building up a character who, though the ultimate boss you simply don’t want to say no to, is also an embracing of the silly, semi-serious persona much of his career has been built upon; a few lines are so silly and shockingly odd that, instead of detracting, they only add to the mystique of what’s been achieved. – Bill G.

While it didn’t have the half-a-decade-plus journey to reach the screens that the aforementioned All the Boys Love Mandy Lane had, it’s still been a long time coming for U.S. audiences to see the sci-fi drama Mr. Nobody. Premiering at TIFF and Venice four years ago, the film has toured the world at this point, already released on Blu-ray and DVD in many territories, but now it will finally be coming to the states. Led by Jared Leto, the film follows him as Nemo Nobody, the last mortal in a world of immortals in 2092 — but that just cracks the surface of this wildly ambitious, entertaining, emotional experience. Hitting VOD at the end of this month before a theatrical release, it’s well worth the time to visit and one can even read our brief take from its premiere. – Jordan R.

Much Ado About Nothing (Joss Whedon) Taking a 180-degree turn from the blockbuster hijinks of his record-breaking The Avengers, Joss Whedon has taken part in a little breather before completing the Marvel follow-up. Adapting William Shakespeare to the modern day, Much Ado About nothing brings Whedon back with his regular gang of Nathan Fillion, Fran Kranz, Alexis Denisof, Amy Acker. Following a release this summer, this black-and-white, small-scale production is now available to stream on iTunes. – Jordan R.

Matching the passion of the music it covers, this documentary explores a small town in Alabama where much of the great blues/rock ‘n’ roll we still listen to was recorded. The place is run by Rick Hall, a fascinating real-life character with an equal serving of personal tragedy and professional success. Engaging and determined, Hall anchors the doc as the life-force of his studio and the musical collaboration that stems from the space, which is deemed “magical” by more than a few landmark musicians.  And while we hear of the greatness of the place from rock stars like  Bob Dylan, The Rolling Stones, Aretha Franklin, Wilson Pickett, The Staples Singers, The Allman Brothers Band, Lynyrd Skynyrd, Simon and Garfunkel and more, it’s the people working at the FAME recording studio we fall in love with. – Dan M. What happens when the walls of social obedience fall and human beings find themselves encouraged to indulge their baser, more destructive natures? A philosophical chestnut beloved by speculative fiction writers the world over, that question becomes the driving force behind James DeMonaco’s new sci-fi thriller The Purge. Although the trailers are selling it as a grim home invasion flick, the film itself plays more like Rod Serling meets John Carpenter, provoking thoughts at the same time it breaks bodies in the name of entertainment.  Critics who often howl at the empty-headed brutality of most modern horror films may find themselves perplexed by The Purge; it builds its action off an original idea, considerably limits the vile potential of its premise, and somehow, still remains as steadfastly silly as its less ambitious brethren. – Nathan B.

It’s neither an exhibition of criticism nor the reveal of some “shocking truth” behind a classic — but, at its heart, a touching story of cinephilia. That one word, for all the broadness it entails, is the key to understanding Room 237, a patchwork of thoughts and experiences belonging to the disparate set all clumped together solely because of one film; no matter how differently they may view it — and, boy, do some of them view it differently — it’s an invisible, indescribable, indestructible bond that any lover of the medium need not have described in a literal sense. It’s possible that one would remain enraptured by the film, regardless of what angle the thing is approached from, if only because Room 237 is so relentlessly entertaining and continually rewarding for the endless supply of odd-duck theories. A work as much the result of its participants as the fine juxtapositions orchestrated by director Rodney Ascher. – Nick N.

Led by Jim Sturges and Kirsten Dunst, Upside Down — written and directed by Juan Diego Solanas — takes place in a world which is half right side-up, the other half inverted. While that concept alone is a draw for anyone looking to see a film outside the norm, the romance angle certainly has us intrigued. Following a tiny theatrical release earlier this year, where it received a divisive response, it’s now available for easy viewing on Netflix. – Jordan R.