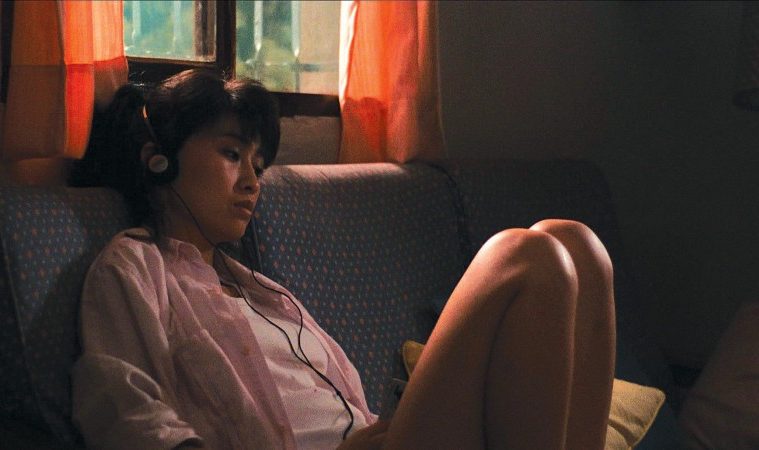 New to Streaming: ‘Daughter of the Nile,’ ‘Roxanne Roxanne,’ ‘The Beguiled,’ and More

As part of the Meet the Filmmakers series, A.W. A Portrait of Apichatpong Weerasethakul, is now screening on the Criterion Channel on FilmStruck. Directed by Connor Jessup, who will be most familiar to viewers as a cast member on Falling Skies and American Crime as well as his breakthrough lead performance in Stephen Dunn’s Closet Monster, he is also a filmmaker in his own right with two short films under his belt, Boy and Lira’s Forest. Jessup is influenced by the work of Thai filmmaker Apichatpong Weerasethakul, for whom his admiration runs very deep. A mid-length documentary that leans neither towards behind-the-scenes nor bio formats, A.W. is a leisurely and meditative piece that matches the filmmaker’s easygoing personality and patient rhythm. Made well ahead of the production of his next feature, Memoria, which will be set in Colombia and star longtime friend Tilda Swinton, Jessup catches the director at the writing stage as he immerses himself in the surroundings that will shape the film. – Adam Cook (full review)

Cannon fire rumbles menacingly in the distance, but it’s human desire that might prove to be the greater threat after all in The Beguiled. Set to the backdrop of the American Civil War, Sofia Coppola‘s film is a sumptuous and often campy erotic horror, one that marks a confident debut genre outing for a director better-known for contemporary and often quite personal filmmaking (Lost in Translation, Somewhere, etc.). Although primarily based on the 1966 book by Thomas Cullinan, it appears, at first glance, to be a remake of Don Siegel’s 1971 film adaptation rather than any sort of new reading of the original text. Coppola, of course, is far too clever for that. – Rory O. (full review)

Daughter of the Nile (Hou Hsiao-hsien)

He’s one of the most praised directors of international cinema, but Hou Hsiao-hsien’s films haven’t always received a substantial (or even negligible) release here in the United States. With his last film, the quiet epic The Assassin — which he picked up Best Director at Cannes for — getting a proper roll-out here, we hope it provokes distributors to seek out the rest of his catalogue for restoration and release treatment. A restoration of Daughter of the Nile, his 1987 film which follows a young woman who struggles to support her family in Taipei, has now arrived on Blu-ray and is now available to stream. – Nick N.

Best to get this out of the way first. Though The Greatest Showman, directed by visual effects artist and first-time filmmaker Michael Gracey, tells the story of P.T. Barnum (Hugh Jackman), a vast majority of the real man’s history has been white-washed to make way for this very digestible (and sometimes very enjoyable) movie musical. This version of the Barnum story, from a screenplay by Jenny Bicks and Bill Condon, spins him as the imaginative boy of a hard-working father who’s always barely making ends meet. Exposed to the scars of class warfare and the kindness of those with less to give, Barnum grows up determined to make his mark on the world and win the hand of Charity, his childhood love from the richer side of the river. Soon enough, Charity (now Michelle Williams) has become a Barnum and is happy living the simple life in London with her husband and their two adorable daughters. It’s not enough for P.T., however, who continues to risk it all on cock-eyed entertainment ventures. – Dan M. (full review)

Ichi the Killer
I Kill Giants
The Rape of Recy Taylor

The Colour of His Hair
Police Beat