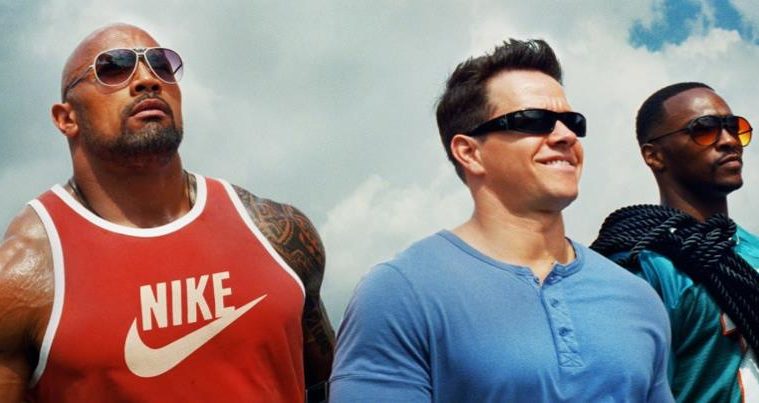 New to Streaming: ‘A Hard Day’s Night,’ ‘Pain & Gain,’ ‘Like Someone In Love, ‘Stranger By the Lake,’ and More Just as the majority of contemporary music will inevitably connect back to The Beatles in one way or another, so, too, does many a current film find at least some influence in A Hard Day’s Night, the Fab Four’s cinematic debut and, since its 1964 release, one of Richard Lester‘s greatest achievements. (As it so happens, one of the only titles in his oeuvre that could be said to supersede it would be their next collaboration, Help!) Though perhaps now known more by reputation than actual content, it still stands as many things: a terrific comedy, a rollicking musical piece (if not actually a “musical”), and deceptively simple document of the social order which its central figures quietly undermined through no more than 80 minutes of gallivanting and performing. – Nick N.

Robert Duvall is a film legend. There’s no way around it. Nowadays he’s still very much acting, funding movies he wants made, or being the headliner for a film that is a passion project of sorts, like A Night in Old Mexico. Earlier this year I had the chance to sit down with Duvall for a one-on-one interview during SXSW, and now the film is available to stream. Check it out at the links below and read my interview here. – Bill G.

Handsomely lensed and well acted, Emperor, from director Peter Webber (Girl with the Pearl Earring), embraces classical Hollywood sensibilities, almost to the point of achieving a certain dryness that artificial constructs by filmmakers like Michael Mann have been rebelling against (consider Public Enemies). With minimal slickness, Emperor features Matthew Fox as General Bonner Fellers, a Japan expert haunted by a past love affair he had while at college with a foreign exchange student Aya (Eriko Hatsune). Reporting to General Douglas MacArthur (Tommy Lee Jones), he’s been assigned to examine options following the Japanese surrender, including bringing General Tojo to trial. Diplomacy wins out in a film that attempts to go behind the scenes ending in the famed photograph of the meeting between MacArthur and Emperor Hirohito. Known as “Operation Blacklist,” the Emperor was ultimately exonerated so that, as the end credits inform us, a new decade in US-Japan friendship could begin. – John F. (full review)

Is the Man Who is Tall Happy? (Michel Gondry) Michel Gondry‘s new documentary, Is the Man Who Is Tall Happy?, is nothing more than a collection of conversations with renowned philosopher Noam Chomsky, accompanied by the filmmaker’s drawn-over animation. Luckily, this is more than enough, thanks to Chomsky’s fascinating point of view and Gondry’s endless curiosity. We are watching two very fascinating, very different minds interact, and the result is a bit inspiring. – Dan M. (full review) Do not watch the trailer for writer-director Sandra Nettelbeck’s Last Love (formerly Mr. Morgan’s Last Love). For many that shouldn’t be a problem because, like me, they hadn’t known it existed until sitting down to watch, but I implore those who have to go in blind. Between its two-and-a-half minute runtime showing too much information about certain relationship evolutions and ending on one of the few jokey moments that somehow has descriptions putting the word comedy next to its actual genre of drama, you’ll be doing a disservice to its slow burn of love and the inevitable sorrowful pain it oftentimes provides. After all, the film is based on Françoise Dorner’s novel La Douceur Assassine – its translated title The Gentle Murders doesn’t quite conjure thoughts of humor. – Jared M. (full review)

Iranian filmmaker Abbas Kiarostami made a major splash at the 2010 Cannes film festival with his first feature film shot outside of his home country of Iran, Certified Copy. This year, the renowned auteur returns with his second non-Iranian production, Like Someone in Love, shot completely in Japanese amidst the neon lights of Tokyo. But shooting in a foreign country doesn’t mean the director is straying from themes that have dominated his body of work since the early ’70s. What seems to anchor Kiarostami as one of the most revered filmmakers working today is his ability to reflect the natural unexpectedness of reality by forcing us to question the identity of his characters. These thematic through-lines continue to evolve in Like Someone in Love, an enigmatic examination of the different forms of affection that people can have for one another. – Raffi A. (full review)

Seán Ó Cualáin‘s latest work zeroes in on the single snap of a camera. Chances are you’ve seen the iconic photo, “Lunch atop a Skyscraper,” taken on September 29th, 1932 upon the  RCA building (now the GE building) in Rockefeller Center, but Men at Lunch dives as deep as possible into its history. Captured by Charles C. Ebbets, it features the eleven construction workers taking a lunch break 800 feet above the ground. – Jordan R.

The journey took eighteen years and a number of huge-scale features  — many bad ones, no less — but, finally and fully, Michael Bay has become self-aware. There are many who will, understandably so, take Pain & Gain as more of the same from one of American cinema’s most infamous living voices: gratuitous violence, bracing homophobia, the treatment of women that launches past objectification and into something far more dangerous, a sense of humor in tune with that of a 12-year-old, and a meatheaded view of incident, all of which dialed so high that any worthwhile critical discourse has been almost entirely cast off. Pain & Gain “has” all these things, yes, and it certainly embraces what that would be expected to entail; in another sense, the nature of their inclusion, the characters who partake, and the extent to which they’re carried finds these pieces doubling back into a self-reflexive, hugely satirical view packaged inside his most formally accomplished work to date. Somehow, Bay understands. – Nick N. (full review) Harkening back to IMAX’s origins, Stalingrad – the highest-grossing Russian film of all-time — makes full use of the format with an absolutely dazzling sound mix and disturbingly realistic mise-en-scène. The format, though, ought to encourage more experimentation; watching a still environment in the film’s more quiet moments should have been rendered in a traditional aspect ratio, returning to a full frame for the action (taking a nod from The Hunger Games: Catching Fireand Mission: Impossible Ghost Protocol). – John F. (full review)

Stranger By the Lake (Alain Guiraudie)

The parking lot, always glimpsed from the same perched, high-angle camera position, is the edge of society in Alain Guiraudie’s Stranger by the Lake. Men pull up here, in their cars, take a short walk through the forest, and emerge onto the shore of a lake, where the sun reflects off the water, leaving little sparks of summer light. The men sunbathe, gossip, chit-chat, ogle — and, above all, cruise. Guiraudie’s film never leaves this location; his coiled, merciless plot is constructed entirely out of what these men do near this lake over the course of a handful of bright days and portentous evenings. At first glance, there doesn’t seem to be much reason for conflict: many of the men know each other and are friendly, and the ones who don’t are generally content to hook up in the trees and then part ways. But the film ends in blood and ambiguity, revealing a dim view of human nature. – Danny K. (full review)