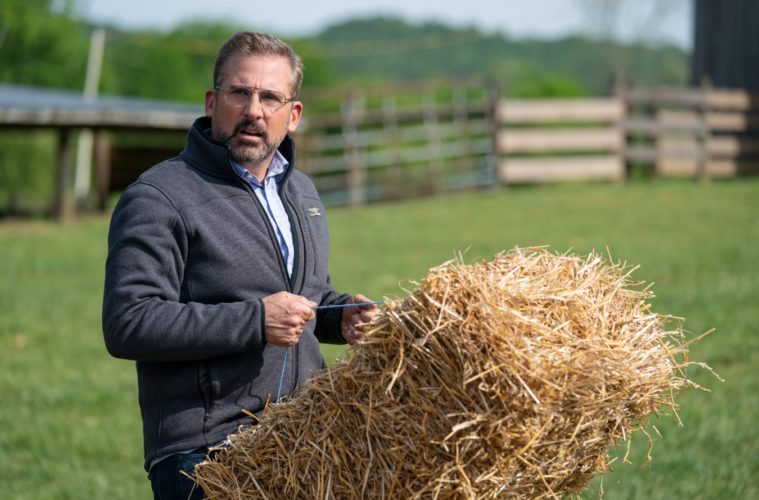 Jon Stewart has mostly been out of the spotlight since his retirement from The Daily Show in 2015, but he’s still working behind the scenes. He has turned his energy from the news circuit to behind the camera to express his fervent political ideals. Following his debut feature Rosewater in 2014, he’s back with Irresistible starring his Daily Show buddy Steve Carrell, along with Chris Cooper and Rose Byrne. Ahead of a summer release, the first trailer has now arrived.

The film follows the campaign of retired army veteran Jack Hastings (Chris Cooper) whose impassioned speech for the rights of undocumented workers in his small right-wing Wisconsin town draws the attention of Democratic strategist Gary Zimmer (Steve Carrell) who decides to help him win the local mayoral election, but the Republican National Committee counters his attempts by sending in Republican strategist Faith (Rose Byrne) to hinder his campaign. Mackenzie Davis, Natasha Lyonne, and Topher Grace round up the star-studded affair.

Irresistible opens on May 29.