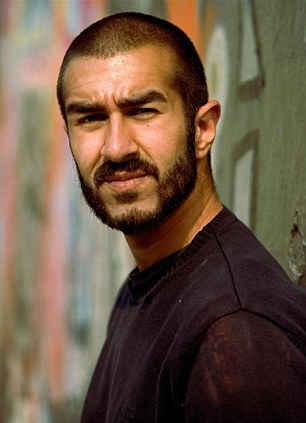 If, theoretically, I happened to be a working actor of Middle Eastern origin, there’s almost no chance I’d ever play Osama bin Laden in any capacity — a choice predicated on reasons which, sadly, speak loudly enough for themselves. But Ricky Sekhon is a much braver man than myself, as The Daily Mail (via ThePlaylist) have learned that he, almost a total unknown, will play the man at the center of Kathryn Bigelow‘s controversial Zero Dark Thirty.

Since the project’s inception, I’ve constantly wondered how big an onscreen role bin Laden would have; seeing as it’s about the hunt for him, I had just started to accept the idea that he’d be a shadowy figure who’s only in plain sight upon his own killing. Yet Sekhon is reported to have filmed for around three weeks — a time he didn’t speak about when asked for comment, thanks to “quite a big non-disclosure agreement” — and went far enough to lose some weight for the scenes.

No matter what or how much he does, though, it’s already one of the most discussed and debated roles in any film being released in 2012. Lucky for Sekhon that Zero Dark Thirty‘s cast is so outstanding, with a lineup consisting of Joel Edgerton, Jessica Chastain, Jason Clarke, Édgar Ramírez, Mark Strong, Nash Edgerton, Kyle Chandler, Jennifer Ehle, Harold Perrineau, Frank Grillo, and Mark Duplass.

All the busy schedules and the innumerable amount of delays made me think Mad Max: Fury Road would never really happen, but a bald Charlize Theron has put those thoughts to rest. With the wheels of Max’s post-apocalyptic car finally hitting the Australian pavement, JustJared have reported Rosie Huntington-Whiteley (Transformers: Dark of the Moon) will be joining Riley Keough (Magic Mike) and Zoe Kravitz (X-Men: First Class) as one of the film’s “Five Wives.”

The lattermost explained their roles to MTV, describing them as “a group of five women being taken from one place to another place.” (Well, “explained’ might be putting it too heavily, but I think it’s the most we’ll be getting on that front for some time. Quick answer: They’re probably just a MacGuffin that drives part of the central plot forward.) Right now, just sit back and wait for a new trilogy of Mad Max films to unfurl. So long as you actually want that to happen.

And in news that could almost, in a weird way, connect to Zero Dark Thirty, Deadline reports that The Dictator star Jason Mantzoukas will take a role in David Wain‘s They Came Together. The director’s follow-up to this year’s underseen Wanderlust will star Amy Poehler, who plays the owner of a small store threatened by a massive corporation with Paul Rudd at the helm. Finer details behind the film — which Wain co-wrote with his frequent comedic partner, Michael Showalter — make it all sound far more subversive than that logline would indicate, so don’t take Mantzoukas‘ “best friend” role at face value. (Especially since he was the funniest actor in Sacha Baron Cohen‘s misfire.)

It isn’t said when They Came Together might start shooting, but all this recent development leads me to think it’s not so far off.

Are you curious to see the depiction of bin Laden in Zero Dark Thirty? Do Fury Road and They Came Together look any better from here on out?