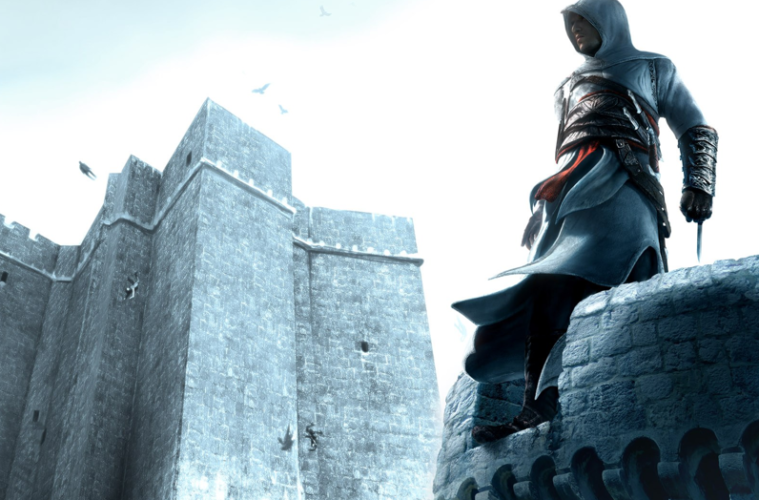 Slowly but surely, Michael Fassbender‘s video game movie is coming toward us. With 20th Century Fox set to put this star-shepherded production into theaters — not to mention, within the next couple of years — it’s high time a screenwriter was hired to adapt the nonsensical plotting of Assassin’s Creed into something that, God willing, is worth the actor’s considerable talent. Admittedly, just finding a guy who’ll write stuff down is good enough in Tinseltown.

According to THR, duties have fallen to playwright Michael Lesslie, though his credits (like Prince of Denmark) don’t amount to much on this kind of project. Fassbender and Ubisoft are, as shown in prior news, already exerting their control over this project; much as I love the guy, it’s not entirely great that a writer has to fit around his wishes and what the video game already offers. Worse, yet, is the fact that Assassin’s Creed has a bizarre and overly-complicated narrative web to tangle through, and which requires major adjusting to have function in any significant way. Do you really think Ubisoft will give Lesslie that kind of room?

What a sad state of affairs when the time travel movie based on a Reddit thread offers greener pastures. In October of 2011, Warner Bros. had optioned rights to Rome, Sweet Rome, a high-concept online series whose author, James Erwin, proposed this question: “Could I destroy the entire Roman Empire during the reign of Augustus if I traveled back in time with a modern U.S. Marine infantry battalion or MEU?” What followed from there caught Hollywood’s eye.

Now hoping to answer the central inquiry is Brian Miller, writer of that terrible found footage movie set on the Moon you’ve already forgotten about. (Apollo 18, specifically.) In spite of knowing the work like no one else, Erwin‘s draft wasn’t to WB’s liking, and the new scribe is a fresh voice; he’s never laid eyes on what else is out there, script-wise, and some things are changing for him. (For instance, it’s now U.S. Special Forces instead of marines, but I honestly don’t know how great a difference that could make.) Anything that can render Rome‘s concept something more than its neat jumping-off point, one I’ve happened to weigh variations of more times than is nice to admit, will, I guess, be acceptable. [Variety]

No other creatives are attached, but Madhouse Entertainment, Safe House Pictures, and Hollywood Gang are producing Rome, Sweet Rome.

Finally, a sci-fi version of The Odyssey. This one’s also with Warner Bros. (what is going on over there?), who have just signed newcomer James DiLapo, the pitchman himself, to pen what all hope is a franchise-starter. Everyone either knows its story or never took 9th-grade English, so there’s no point in recounting — other than adding “in space” to the end of every sentence. (Odysseus encounters a Cyclops… in space.) Although Brad Pitt, hoping to make a better impression with Homer adaptations, is no longer expected to lead, Space Odyssey — actually, they’ll need a less familiar title than that — will receive producing support from 1821 Pictures and David Heyman‘s Heyday Films. After an absurd action film from this past spring, I’m sure many will suggest Guy Pearce for the lead role.

Do any of these stand out to you? Is this all quietly disconcerting?