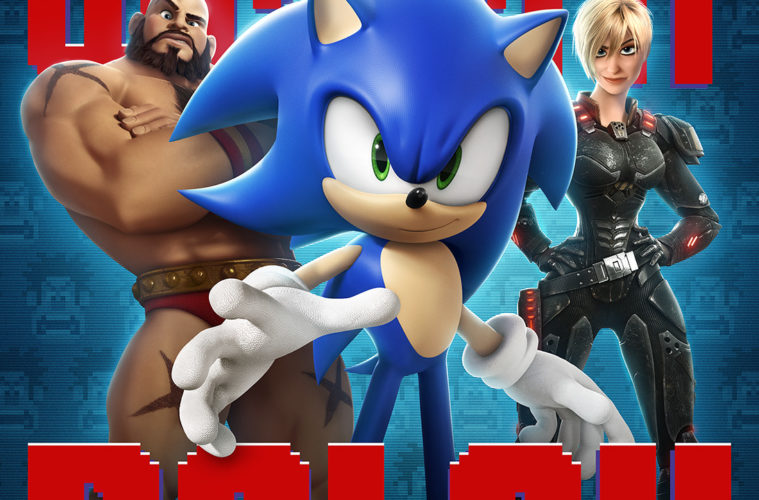 I’m not much of a gamer, but, with only one trailer, an apparent love for the medium has sort of endeared me to Wreck-It Ralph. Although I shouldn’t spend much time trying to determine just what the root cause of it all might be — because, come on, nobody cares — it might be the impression that director Rich Moore, his screenwriters, and the animation team seem to understand what makes these characters and their adventures worth any effort in the first place. The fact that it looks really entertaining is a big bonus.

The whole character angle is very much on display in a new set of posters, all four of which show off the main players and their, if not real-life, recognizable, counterparts. The only ones I can honestly spot are Sonic the Hedgehog, a possible villain from that franchise, and a Pac-Man ghost; regardless, I think that kind of commitment to its roots is something one can admire in this day and age. And I’m just talking about a CG cartoon for children!

They can be seen below (via IGN): Wreck-It Ralph (voice of Reilly) longs to be as beloved as his game’s perfect Good Guy, Fix-It Felix (voice of McBrayer). Problem is, nobody loves a Bad Guy. But they do love heroes… so when a modern, first-person shooter game arrives featuring tough-as-nails Sergeant Calhoun (voice of Lynch), Ralph sees it as his ticket to heroism and happiness. He sneaks into the game with a simple plan—win a medal—but soon wrecks everything, and accidently unleashes a deadly enemy that threatens every game in the arcade. Ralph’s only hope? Vanellope von Schweetz (voice of Silverman), a young troublemaking “glitch” from a candy-coated cart racing game who might just be the one to teach Ralph what it means to be a Good Guy. But will he realize he is good enough to become a hero before it’s “Game Over” for the entire arcade?