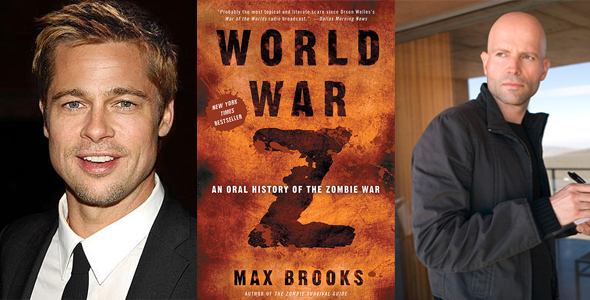 Did you think World War Z was in enough trouble, or would you also like to add total creative discord to the equation? We figured this one would only get worse before it got… I don’t know if the film’s ever going to get better, actually, so I’ll just reiterate Vulture‘s report that Brad Pitt and Marc Forster are no longer speaking to one another. As in, the two primary creative forces on the film are now communicating “through an intermediary.”

Bad enough, but adding fuel to the fire is a claim that many of the film’s setpieces — for which Forster is previously said to have been unequipped to handle — may now require the assistance of another director. These scenes, one of which simply “wasn’t cutting together properly,” will still have the original helmer on set — if only out of obligation to DGA rules.

(Imagine if a chef prepared a meal that was undercooked, had the wrong ingredients, cost a lot of money, and was being watched by higher brass. This is, potentially, like that chef having an “assistant” come in to “help spice it up.” I don’t mean that in a positive sense.)

Thanks in large part to this cone of silence between the front and back of a camera, Paramount doesn’t really know how much their additional work will end up costing — World War Z already cost somewhere in the neighborhood of $170 million — nor how long they might take; we’ve heard anywhere from three weeks to seven. Everything being in tatters, then, it’s unsurprising when a source tells Vulture that “[t]he studio is cultivating multiple options.” The most complex of these involves writing, constructing, and implementing a whole new conclusion, but, if that’s too much, they’ll try and work with what they have. If you were to believe this anonymous person, World War Z “is not an unmitigated disaster,” but indeed “salvageable.”

Oh, on the subject of reworked endings and the like: News about Drew Goddard‘s hiring, somewhat tenuous as is, might have the unfortunate “other side” many were suspecting. It goes back to the once-commissioned Damon Lindelof, who himself said the current script “needed months of work”; this led to he and his former Lost co-hort establishing “framework script solutions” — these might be expounded upon by someone like the aforementioned Christopher McQuarrie — which, to my ears, is not a real fix. It’s the suggestion of a fix. Just as the final result might end up being the suggestion of a film.

Is this production looking worse? Do you think it can be saved?