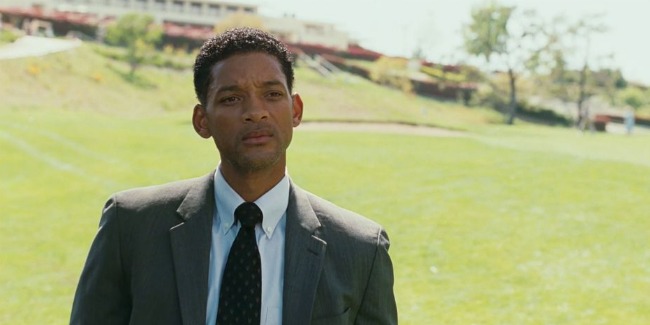 The rumor came in on Friday that Quentin Tarantino wanted Will Smith in the lead role of his upcoming Spaghetti Western, Django Unchained. The role would have him playing Django, a freed slave who is given the opportunity to become a bounty hunter with the character Dr. Schultz, while also being able to free his wife from an evil plantation owner.

That rumor now seems close to proving true, with Sony Pictures now providing international distribution on the movie, as well as co-finance the production [Deadline]. The reason this makes him closer is that Sony is the studio that Will Smith aligns with. Four out of his last five movies have been distributed by Sony’s Columbia Pictures, and it’s said that Universal – who gave the same treatment to Inglourious Basterds that Sony is giving here – couldn’t get this movie because of the star’s preference for the other studio. Tarantino is said to “desperately” want him in the lead role, and an insider said that “having Will involved is the key; that’s what the filmmakers want, and they think the best chance of making it happen is at his home studio.” The Weinstein Company is, to the surprise of no one, providing domestic distribution.

Smith is said to be pondering the role, as it has a much harder edge than the PG-13 work that we normally see from him. Considering that the last movie we saw him in that had any “tougher” material would probably be Bad Boys II, you know that he’s been in something of a comfort zone over the past several years. As Tarantino is want to do, it appears that he might take the actor out of that zone and into a more dangerous, but ultimately respectful place. Other casting is said to start soon, with Christoph Waltz‘s name not only being mentioned, but the role of Dr. Schultz apparently having been written only for him.

And while I had some initial reservations about the actor taking on the lead role, I realized that it could work, mainly because I trust the filmmaker at hand to make it work. He often takes performers that people have forgotten about (John Travolta, Robert Forster, Kurt Russell) and helps them in turning out some of the best work of their entire careers. While Smith certainly isn’t forgotten like they may have once been, he hasn’t actually starred in anything since 2008’s Seven Pounds, and his only movie in sight right now is the reportedly disastrous (production wise) Men in Black III. I like the guy a lot, despite my general distaste for his movies, and I think Tarantino is the man to make him truly relevant again. If he knows what’s best for him, he’ll sign on to this part, with no reservations whatsoever.

What do you think of Smith being the lead in Django Unchained? Would he make a good choice?