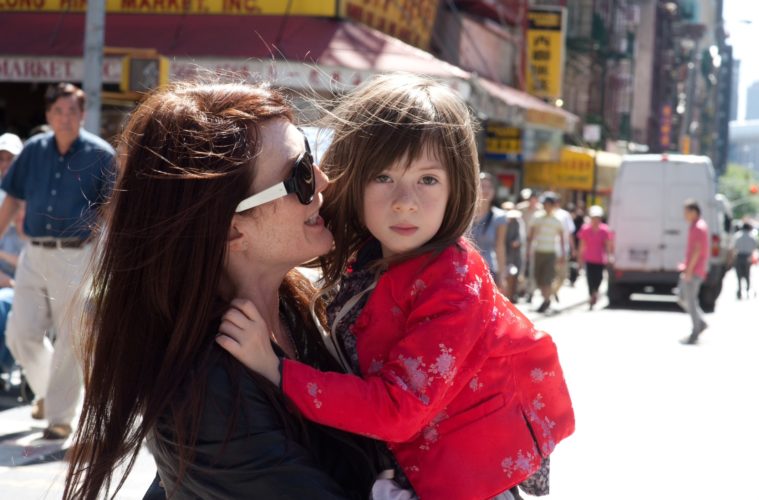 ‘What Maisie Knew’ Trailer – Julianne Moore and Steve Coogan Get Their Own ‘Kramer vs. Kramer’ Following an under-the-radar TIFF appearance, the custody-relationship drama (if such a thing exists) What Maisie Knew is being geared up for theatrical release — which, naturally, means a trailer has made its way online. Starring Julianne Moore, Steve Coogan, Alexander Skarsgård, and with the introduction of child actor Onata Aprile, this contemporary adaptation of Henry James‘ 19th-century novel — concerning a young girl’s adjustments to the divorce of her parents — earned plaudits back in September, and now shapes up decently in a first look.

Which doesn’t negate some unfortunate hints toward an overly-familiar, unrepentantly sappy depiction able to induce more groans, if not for positive word. Above all else, the group of performances look like what we’d expect, so — no matter how much that was sort of a given and not entirely to the credit of directors Scott McGehee & David Siegel — mark one in Maisie‘s favor there. The rest, it must be said, requires a few more strong reactions to win yours truly over before getting seen.

What Maisie Knew will arrive in May.

Does this preview indicate a good drama of divorce strife?