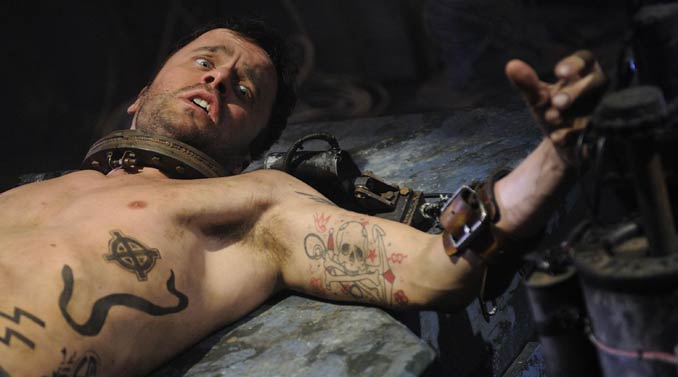 Last year the big success story for October box office results was the triumph of newcomer Paranormal Activity over the veteran Saw franchise. When you factor in its results last week, many people (including myself) were expecting such a story to repeat this year, but that was not the case. Despite earning the worst reviews yet for any installment in the series, Saw 3D earned $22.5m allowing it to come out on top over Paranormal Activity 2, which earned $16.5m. Expect both movies to have massive drop-offs next weekend with the Halloween season being over.

For some inexplicable reason Clint Eastwood’s Hereafter stayed in the top 5, right below Jackass 3D but above Secretariat. I saw it during the week and even as a fan of the icon’s directorial work, I found no reason for why it would succeed other than star Matt Damon having box office appeal. If he could make that movie do moderately well, he could make many movies do moderately well.

Conviction, starring Sam Rockwell and Hilary Swank made a dent in the charts, by accumulating $1,825,000 and adding 510 theaters. I would expect it to do well if it continues to expand.

The Girl Who Kicked the Hornet’s Nest, the Swedish film which is the final installment in the Millennium Trilogy came in at 13 with $915,000 in only 153 theaters. The series started with Dragon Tattoo and continuing with Played with Fire, ending here. Even though the first movie didn’t exactly blow my mind, seeing any subtitled film enter as high as this one did on its opening weekend in the U.S. makes me happy. Hats off to them.

Next week sees Megamind and Due Date being released, two looks-okay-but-will-wait-for-a-matinee-at-best films, and I would expect Megamind to pull out the win with its PG rating to Due Date’s R, and the fact that it is also in 3D, including IMAX.

You can check out the top ten below:

Do you think either movie can keep up its momentum next week, or will the release of both Megamind and Due Date take them out of their spots?