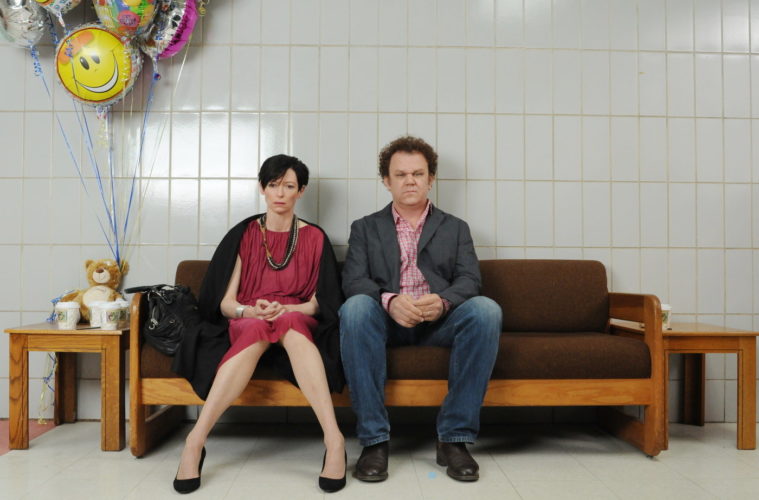 ‘We Need to Talk About Kevin’ U.K. Trailer An American one has yet to arrive, but we’ve just received a U.K. trailer for We Need to Talk About Kevin from The Guardian (via InContention), following an international one from last week. This latest look isn’t all that different from that preview, but this still looks incredibly harrowing and unsettling.

Everything about this also looks terrific, and it feels like Lynne Ramsay has crafted something that will speak volumes — particularity when it comes to the acting. I know that it’s become somewhat common over the last few years for Tilda Swinton to play a distressed character in films, but that’s because she does it so well; this looks to also apply here, which I have no problem with. The performance I’m really curious about is John C. Reilly, who hasn’t done a film this dark in a long time. And Ezra Miller feels like he’s picking up right from where he left off in Afterschool, inhabiting a sociopath in a way that feels totally effortless.

Going back to Ramsay: The level of skill that comes off in this trailer makes it hard to believe that she hasn’t directed a feature in almost ten years, and yet, it also seems like she’s been waiting to make a statement in the time between Morvern Callar and this. Reviews from Cannes make it seem like she pulled it off, and I can’t wait for this to get a theatrical release. Plot: A suspenseful and psychologically gripping exploration into a parent dealing with her child doing the unthinkable, We Need to Talk About Kevin is the highly-anticipated third feature from director Lynne Ramsay and features a tour-de-force performance by Tilda Swinton.

We Need To Talk About Kevin hits theaters on December 2nd, and will also play at the Toronto International Film Festival next month.

What do you think of this trailer? Are you looking forward to the film?