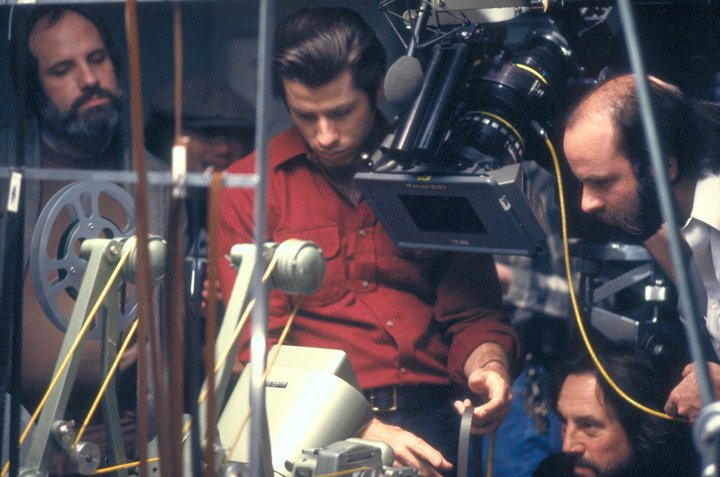 As this site’s biggest Brian De Palma fan — though certainly not the only one; we strive to be just a bit respectable, after all — it’s with great pleasure that I link to three video essays that, given their format, focus on the most essential component of a De Palma picture. His oeuvre, alternately complex and clear-headed — the kind where Mission to Mars and The Untouchables can be thought of in similar terms, so long as you do a bit of necessary connecting — has opened itself up to these kinds of studies for years, yet it feels as if this sort of thing, as presented here, is a bit overdue; looking at them, however, I’m nevertheless encouraged. (Maybe a bit reminded of my own laziness for not taking a crack at this myself, while we’re at it.)

The first is “[De Palma’s] Vision,” a piece by Cristina Álvarez López and Adrian Martin that, as posted on Notebook, looks to “not merely [enumerate] the abundant motifs and structures in his work, but also [bring] them together and [draw] out their unfolding logic—unfolding both within each film, and across his whole career.” It’s a genuinely stirring work, much like “Brian De Palma Shot By Shot,” wherein the most-acclaimed sequence from The Untouchables is assessed, Cinema Studies-style, through the specifics of each shot. (You know it’s a fine sequence, yes, but even those who’ve seen it many a time will find new things to appreciate.) Finally, there’s “The Art of Brian De Palma,” which, though certainly less of a dive than the other two, is a nice montage of the director’s more obvious, hugely enjoyable flourishes.

Watch all of these, then track down all the good-to-great De Palma pictures you’ve yet to see; I’m sure there are enough.

What did you make of the video essays? Do they increase your appreciation of De Palma?