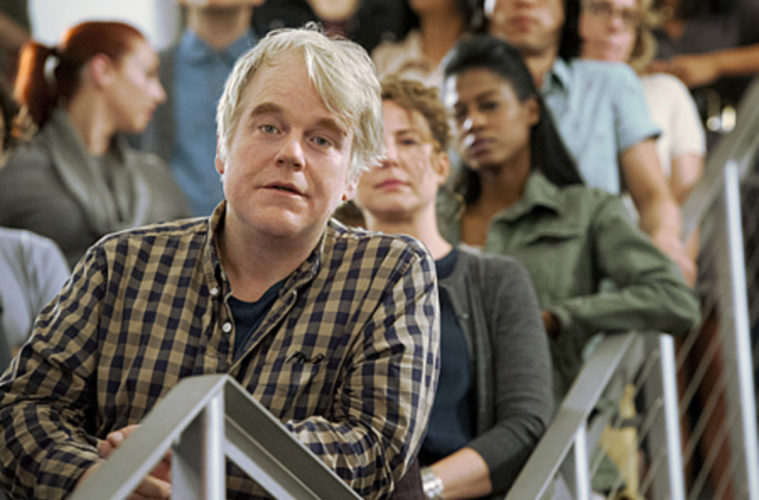 As the decade recently came to a close and many reflected on those we lost, one of the deepest pains is that Philip Seymour Hoffman is longer with us. One can only imagine the performances the immensely talented actor would have delivered, but today brings one that had never seen the light of day–until now. Shortly before his death in February 2014, he had filmed the pilot for the Showtime series Happyish, which follows a depressed advertising executive. Created and written by Shalom Auslander, it was later relaunched with Steve Coogan recast in the role. Back in 2013, John Cameron Mitchell directed the pilot which ended up never being publicly seen, but he’s now made it available.

The director said on Instagram, “I directed the original unaired 2013 pilot of #Happyish, a Showtime comedy starring the brilliant #philipseymourhoffman in his last filmed role. (He is fraternizing w a double-stuffed Keebler elf in this pic). It’s now on youtube – find the link in my bio. A caustic but heartwarming Valentine’s love story written by misanthropic genius #shalomauslander and costarring #kathrynhahn.”

While Kathryn Hahn stayed on board for the series, Ellen Barkin replaced Parker Posey and Bradley Whitford replaced Rhys Ifans. John Cameron Mitchell would not return either, with Ken Kwapis taking over directing duties for the pilot. Featuring Philip Seymour Hoffman pulling off the tricky tonal shifts, the pilot features his character reflecting on life, family, and work, as well as Keebler elves doing things you’ve never witnessed before, and another sight rarely seen nowadays: Louis C.K.

Watch below while you can, before Showtime executives may have other thoughts about it being available.

Update: As predicted, CBS/Showtime has removed the video.