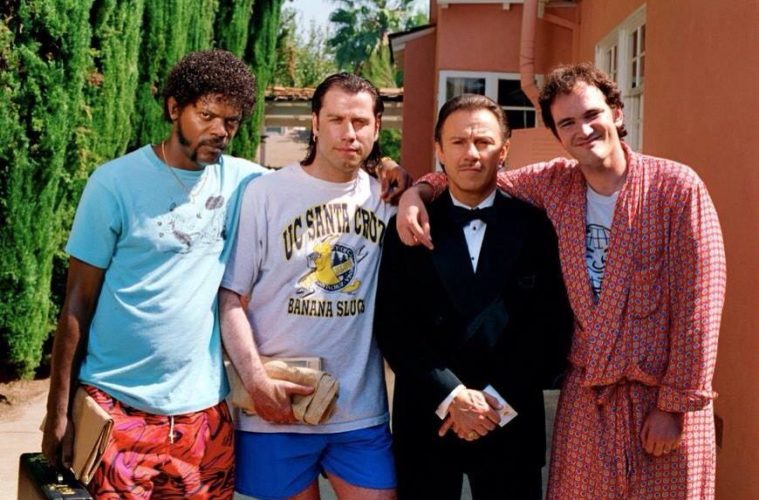 This fall marked the 20-year anniversary of Pulp Fiction, but one of the better remembrances we’ve seen was recorded in April of 2008. It’s with the recent slate of pieces and commentary — and at what I think is an appropriate time — that the Academy of Motion Picture Arts and Sciences decided to release a post-screening discussion held amongst Quentin Tarantino and various members of the production. They are, in no particular order: the late Sally Menke, production designer David Wasco, actors Julia Sweeney and Stephen Hibbert (a.k.a. The Gimp), executive producers Stacey Sher and Richard N. Gladstein, costume designer Betsy Heimann, sound editor Avram Gold, casting directors Ronnie Yeskel and Gary Zuckerbrod, and set decorator Sandy Reynolds-Wasco. How often do you hear from some of those people?

It starts with the basic, slightly boring question of how they met Tarantino, but things get more interesting from there: tidbits on making the film, how they individually contributed to a titanic work, and what the legacy of Pulp Fiction means to them. Even if you’ve read extensive accounts of what brought it into the world, and even if (like me) your fondness for it knows no bounds, there are new things to be gleaned here.

Watch the full talk below:

Did you find this an insightful look at Pulp Fiction?