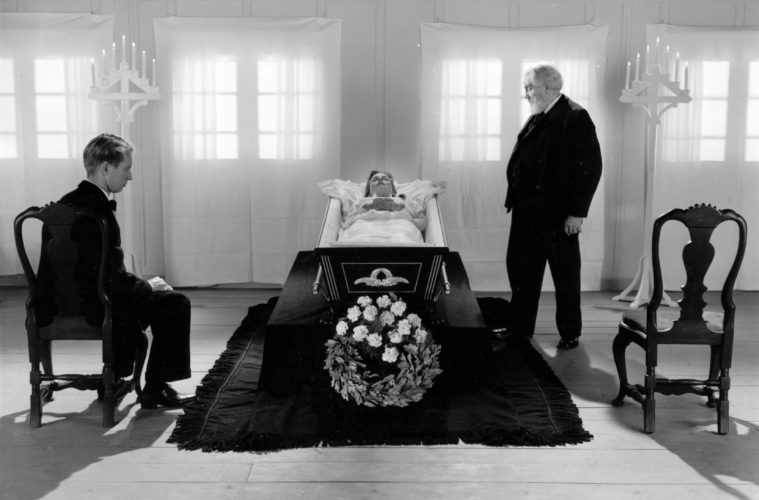 Watch: ‘Ordet,’ ‘The Passion of Joan of Arc,’ and ‘Vampyr’ Streaming on Carl Theodor Dreyer’s Birthday It’s faulty to attempt “selling’ something with the particular character of Ordet, a film that, from some distance, many (i.e. non-cinephiles, whatever that truly means) might view as the prime example of “difficult art cinema” — as alluded to (somewhat, technically) in this essential piece — but is among the most transcendent and (sure, I’ll say it) spiritual experiences I’ve ever had with the medium, albeit an absolutely tiring one at that. Regardless, those without inculcation might take now as some additional incentive: Carl Theodor Dreyer was born 125 years ago today in Copenhagen, Denmark, and it’s to our benefit that, in this age, his filmography has been made widely available, thanks to both Criterion and, streaming-wise, Hulu Plus.

Available just below are three of his best-known, most-acclaimed pictures — the silent pairing Vampyr and The Passion of Joan of Arc, alongside Ordet — and herein, with this trio, we have something of a unique opportunity: to watch the lattermost in light of these predecessors would prove an especially startling experience, in its (respective) 27- and 23-year distance offering the sight of a filmmaker whose retained concerns with the nature of spirituality is, to one extent or another, undercut (but perhaps highlighted) by a filmmaker whose conceptions of representing as much had shifted from a more montage-driven style to, rather conversely, a cinema built upon what might (might) be considered more “singular,” jolting cuts. (The dependence on sound is another matter altogether, for its counterparts, with their frantic editing and still-unique forms of composition, may be the best introductions to the silent landscape this side of Keaton, Chaplin, or Lloyd.) With a subscription to Hulu Plus, two can be yours to see; one of the best films ever made is, regardless, available via YouTube.

Here’s The Passion of Joan of Arc:

Which is your favorite Dreyer picture?