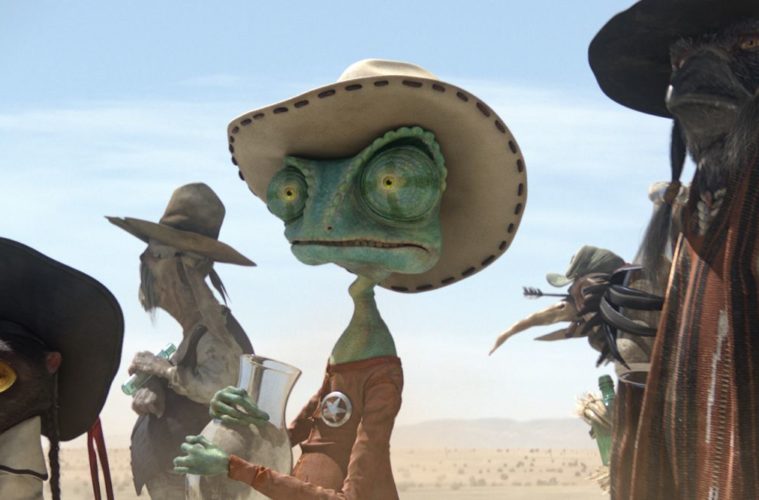 My anticipation for Rango is pretty high at this point. The unique look it has, along with the fact that the trailers are just so funny have all contributed to it. So, this next piece of news is convenient for people like myself who are looking forward to the film. Because, as is customary with many big studio films with an imminent release, new clips have been released online.

What’s funny to consider is that these two clips amount to nine minutes of the movie. May not seem like that much at first, but considering that it clocks in at 107 minutes in total, that’s around…1/11th of the running time. Doesn’t that seem like a lot? Maybe it’s because I consider this to be a decent-sized chunk of the film that I don’t plan on watching the clips. Yes, I said that I consider this to be a good thing for people like me who are excited, but it is a lot of footage. I took some quick looks at them though, and what I saw looked impressive. The featurette we recently saw about the technique used to make the movie – by filming it in live-action first to have a reference point – seems to have paid off; there’s a cinematic feel to everything here, something that most animated movies (particularly CG ones) don’t have. I can’t wait to see this, and I’ve heard (and hope) that it lives up to its promise.

Here’s the first clip, from Moviefone (via Collider):

And you can head over to MSN to check out the second, longer clip.

What do you think of this footage? Are you excited for Rango, and do these change your expectations at all?