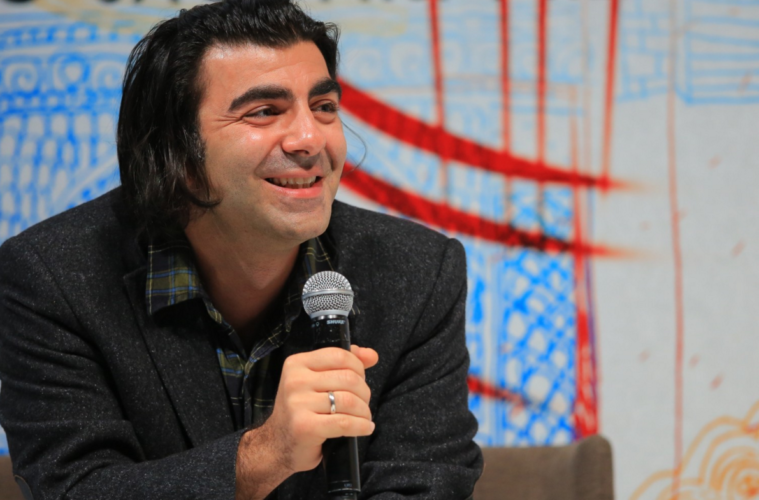 As our coverage from this year’s Marrakech International Film Festival continues to flow in, they’ve begun providing videos that give some sense of what it’s like to be on the ground. Following a look at Park Chan-wook’s master class, we now have excerpts from a live talk with Fatih Akin — something the writer-director, feeling he’s “not a master,” would prefer to call an interview. The moderator — who looks so much like Dean Stockwell that I’m unable to focus on much else when it cuts to him — complies, and so what follows isn’t a hoity-toity handing-down of wisdom to those who are so lucky to be in his presence, but instead an illustration of process and intent.

It’s also worth noting that, while at Marrakech, Akin told THR about his next feature, Why We Took the Car. Although the feature (known as Tschick in its native tongue) is described as “comical,” in the editing stages, and based on Wolfgang Herrndorf‘s young-adult German novel,  he’s uncertain as to which direction it should head. Or so we can infer from a statement such as, “I don’t know if it’s an international film, I don’t know what sort of film I just did, really. I don’t know if it’s for teenagers or adults.” As scripted alongside Lars Hubrich and Hark Bohm, Car follows a pair of 14-year-old boys — a German, Mike, and a Russian, Tschick — who go on a road trip with a stolen car. A release is expected next year.

Have a look at his discussion below: