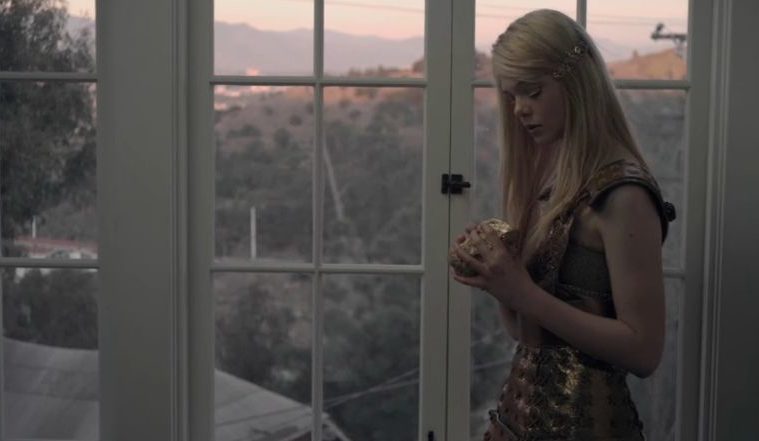 Elle Fanning‘s star has certainly been on the rise over the past few months, from a starring role in Sofia Coppola‘s Somewhere to landing parts in Francis Ford Coppola‘s Twixt Now and Sunrise, J.J. Abrams‘ Super 8 and Cameron Crowe‘s We Bought a Zoo. Her latest project is the short film The Curve of Forgotten Things, directed by Todd Cole, and scored by indie band Deerhunter. It comes to us from Nowness (via Pitchfork), and can be seen below:

Cole gave an explanation of the title, which is:

“It’s the title of a Richard Brautigan poem. The poem and the film are about forgotten things—circles and the curve of time.”

The main purpose of the short is to showcase fashion line Rodarte’s spring 2011 collection, although a fashion neophyte like myself didn’t really get much out of that. What I did derive enjoyment from was the work itself, due to Cole‘s great direction, use of camera tricks and sense of period evocation (the whole thing is going for a 70’s look). Fanning‘s performance feels perfectly matched to Deerhunter‘s score of ambient sound, and I loved the sense of mystery that’s at the center of the entire thing. This is a great little short, and I definitely think it’s worth giving a look.

Also, click here to see a short that Cole directed for Rodarte last year, which was scored by New Age.

What did you think of this, and did you enjoy Deerhunter’s score?