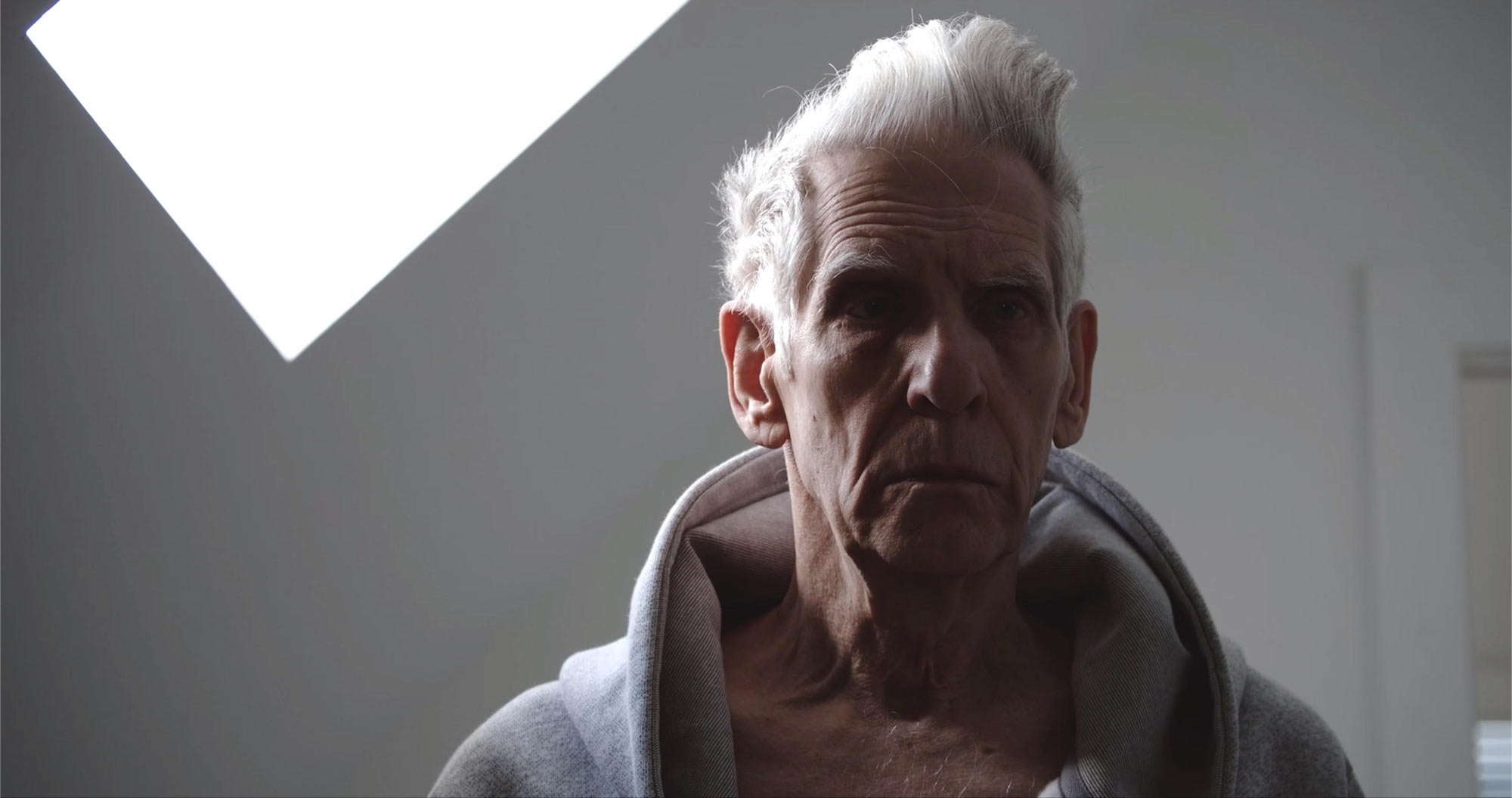 You have until midnight to watch a new film by David Cronenberg. Crimes of the Future is still, give or take, a year out, but for the next (as of this writing) 10 hours, 32 minutes, and 44 seconds the auction service SuperRare is streaming his short The Death of David Cronenberg, which is being auctioned as an NFT that might wreak environmental damage later generations must deal with.

56 seconds in length, it finds the Canadian auteur—face gaunt as ever, hair white as can be—embracing a purpling, open-mouthed corpse that looks an awful lot like the man himself. In fact it was made for the SHUDDER series Slasher, in which he appeared; when his daughter Caitlin suggested working on an NFT project, the corpse was retrieved and brought to his Toronto home. Where it sat, awaiting use.

The short is stark, whatever effects of its (seemingly) high frame rate offset by Cronenberg’s spare-beyond-spare mise-en-scene and the corpse’s blood-chilling jiggle. To hear him tell it, though, The Death of David Cronenberg‘s meanings run deeper than “a person embracing his own death.” Cronenberg’s wife, Denise—a brilliant editor in her own right, of his films and others—died in May of 2020. Quote the man, “[She] died in that house, in a bed, and it felt when she died, partly, like I died, and I still feel that. That corpse is my wife to me. So it’s not just a frivolous horror film. It is a film about love and the transient aspect of being human.”

Whatever you might say about The Death of David Cronenberg being weird or freaky go out the window right quick, and no matter my qualms with NFTs as a medium, one hopes the project brought this invaluable artist some measure of peace.

Watch it below, though perhaps this will be taken offline by midnight: