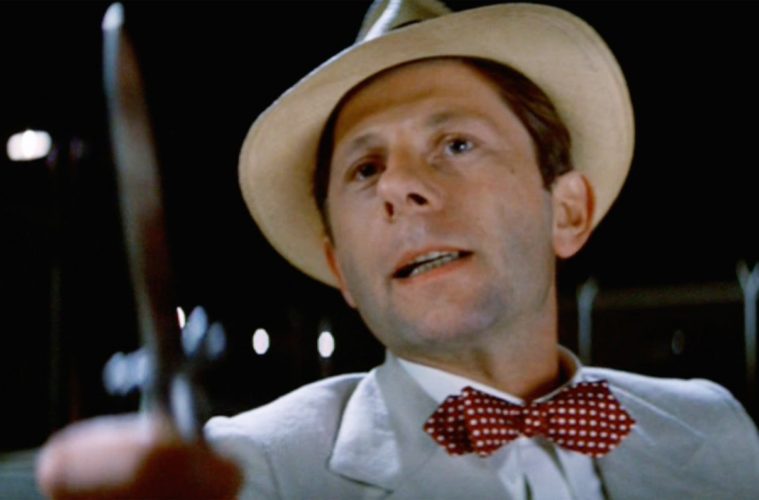 With the very recent anniversaries of Rosemary’s Baby, Jaws, and Chinatown, it’s all the more clear that summers just aren’t the same. As the first two have already been given some due with documentary links, it’s time for a celebration of that second Roman Polanski classic, by many counts the most significant entry into his legendary, decades-long oeuvre. Now, I’m more of a Tenant man, myself, but… we could always do far worse, even as far as canonized masterpieces go.

For some Polanski fix, here’s a one-hour discussion between critic Clive James and the helmer, aired in 1984 with the rather self-explanatory title of “Clive James Meets Roman Polanski.” No matter how often I prefer to steer clear of his personal life whenever a discussion emerges — save for, say, a noteworthy influence on The Ghost Writer — its close proximity to negative aspects do, obviously, enlarge its prominence; it’s a worthwhile listen, regardless, just (hopefully) not what one seeks out in relation to a great artist. But, Chinatown! Little else needs to be said, except for, time and time again, when Polanski is asked about it.

Their discussion can be seen below and one can pick up the Blu-ray on sale here:

What did you take away from the embedded special? Is Chinatown your favorite work from Polanski?